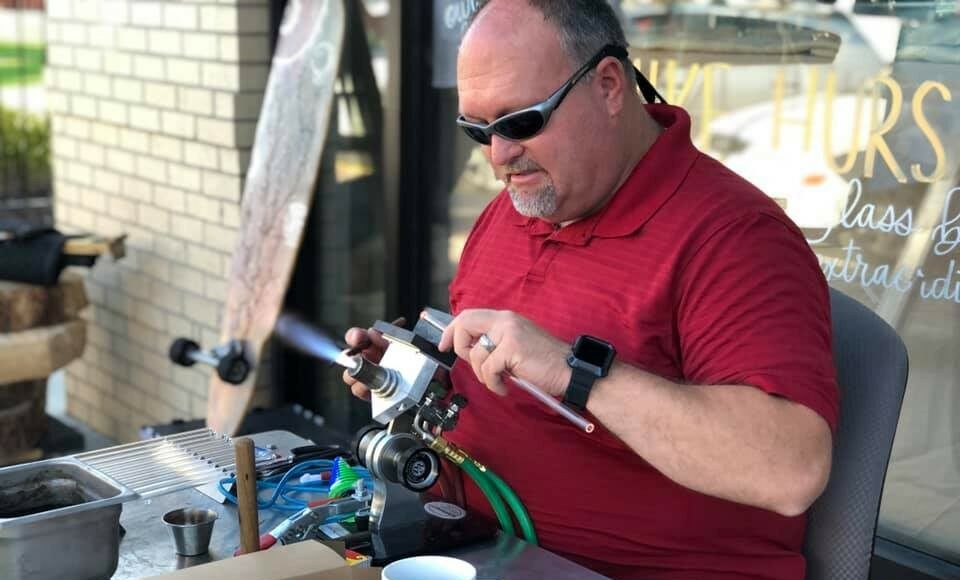 Today we’d like to introduce you to Mike Hurst.

Hi Mike, so excited to have you with us today. What can you tell us about your story?
My original high school career goal was to be a radio DJ or a Ringling Brothers circus clown. I met and got to know a guy who had been a boss clown on Ringling Brothers for 23 years. He said it was a really hard life and didn’t advise it.

They learned how to do neon signs and became millionaires. I was sold on the idea as any 18-year-old probably would be. So began my quest to try to find out how to make neon signs. I hit up every local sign shop I could find and either they didn’t make neon signs, weren’t hiring or I didn’t have the training needed. I kind of put it on the back burner at that point.

Around the same time, my mom was at a local store that she frequented, and the owner was talking to one of the customers about her son blowing glass. My mom asked her about this and asked if he did neon and if he did lessons. She wasn’t sure about either and told her to have me call him, which I did. I began learning in January 1994, taking a one-hour lesson per week.

The guy that taught me had taught himself and I wasn’t exactly aware of what had just been dropped in my lap. No one really taught glass at this point. It was all very secretive. At that point, the Internet was in its infancy with basic email and chat rooms. Now you can learn anything on YouTube. He taught me for about three months or so and then said he was going to quit.

I bought much of his equipment and started on my own. He mainly made clear items like animals, LDS temples, cake tops, etc. All are mainly clear with a little blue dot for the eye when needed. I wanted to make full-color marbles and pendants, basically the stuff I make now. I learned all that through trial and error over the years. My teacher started doing it again and ended up coming to me for lessons on how to work the color.

He has since quit again due to neuropathy after a bout with cancer. I did end up doing neon about six months after I started lampworking and it wasn’t really my thing. I did it for about 16 months and moved on. I’ve also done glass etching and fusing, but my favorite is lampworking.

Alright, so let’s dig a little deeper into the story – has it been an easy path overall, and if not, what were the challenges you’ve had to overcome?
When I first started (1994) the internet was in its infancy.

Basically, chat rooms and simple email. After my initial teacher quit it was all trial and error. At that time there were very few resources for learning and supplies. And that is only if you knew where to look. No Youtube, Google, or Facebook to look for instruction or help.

I didn’t have much money, so I bought colored glass by the ounce when I could afford it and used it sparingly. I had no idea how to use it or the terms used to describe working it by the manufacturers.

Lots and lots of trial and error. Some things worked and many did not. I was on my own, so I didn’t even have anyone to bounce ideas off and share techniques.

Appreciate you sharing that. What else should we know about what you do?
I was a Corrections Deputy at a county jail for 20 years (1999 – 2019). Not a bad ride, but basically a means to an end. A 20-year retirement, so I could do what I loved as much as I wanted and had a monthly income regardless. This was definitely a wise decision and has taken a lot of stress out of the fact that I’m now self-employed.

I’m known for my Christmas ornaments. This will be my 29th Christmas season making ornaments. They have evolved over time. I have people tell me they have “Mike Hurst Christmas trees” only containing my ornaments. It is a humbling honor to know people enjoy them that much and I’m part of their yearly traditions. I never expected this to happen.

I focus and specialize in pendants, marbles, and Christmas Ornaments.

In the last 10 years or so I’ve been making memorial pieces incorporating the cremains of a loved one or pet. Lately, they have really taken off and I make quite a few for people.

My wife and I were featured with my ornaments and work in a 2020 Lifetime Christmas movie as the doubles for the main actors in the lampworking scenes. You only see our hands, but it was a really fun experience.

Can you talk to us a bit about the role of luck?
I‘m not sure I’ve really had a lot of luck. Mostly just lots of time, hard work and practice. I made a few really good choices in my life that have paid off. It’s an adventure I love and there is always something new to learn. 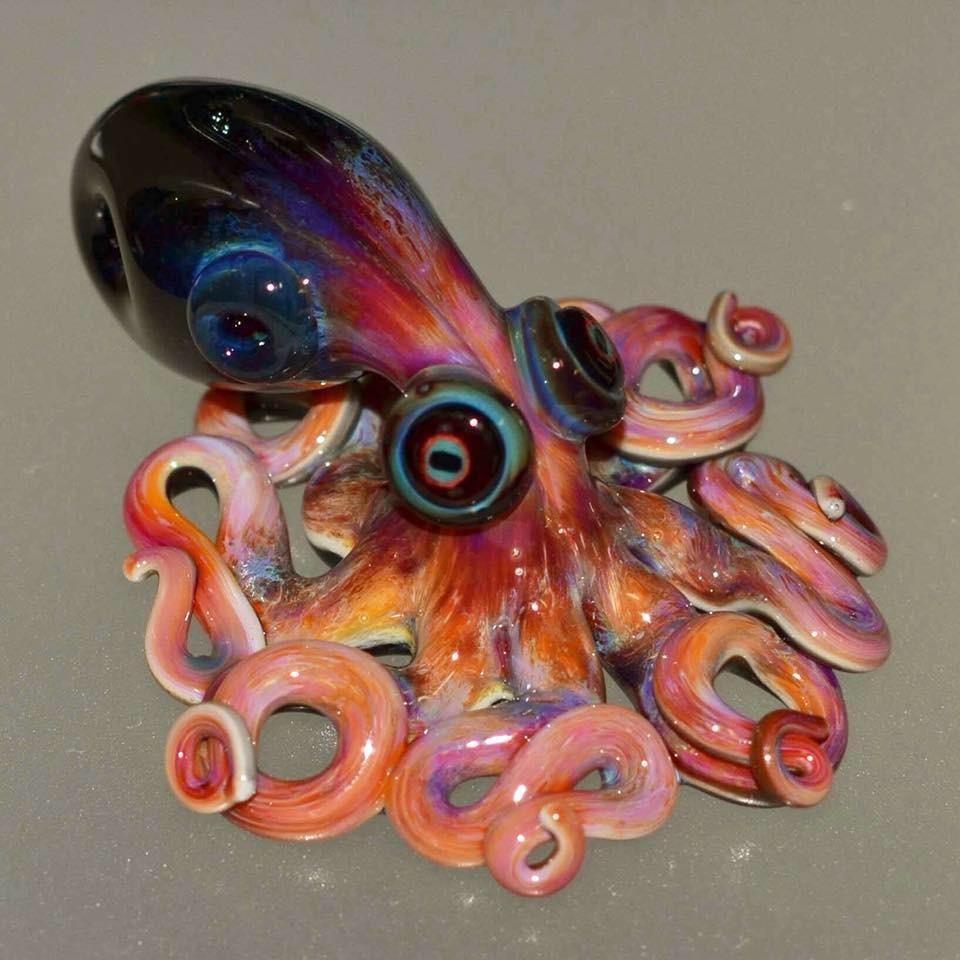 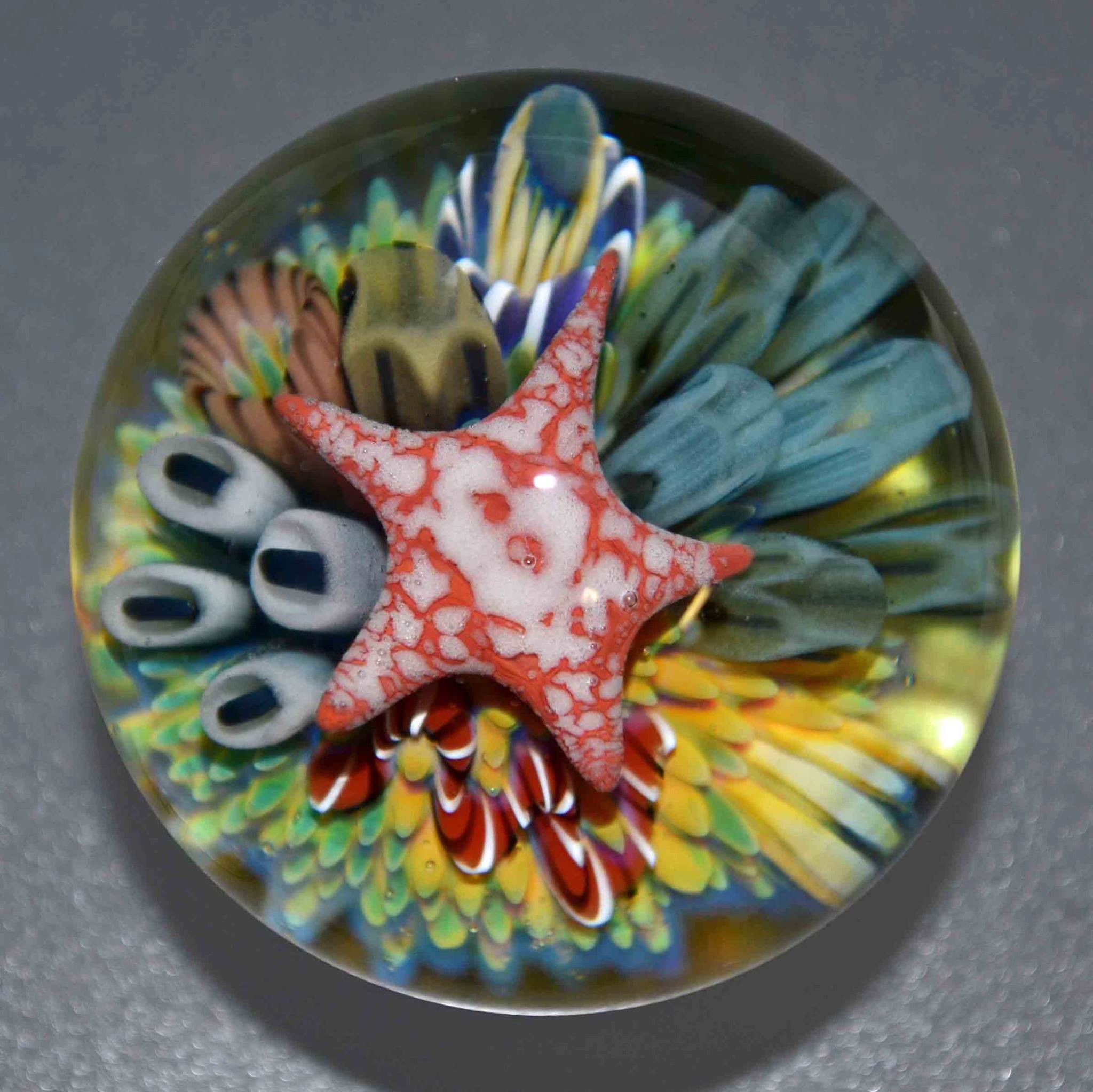 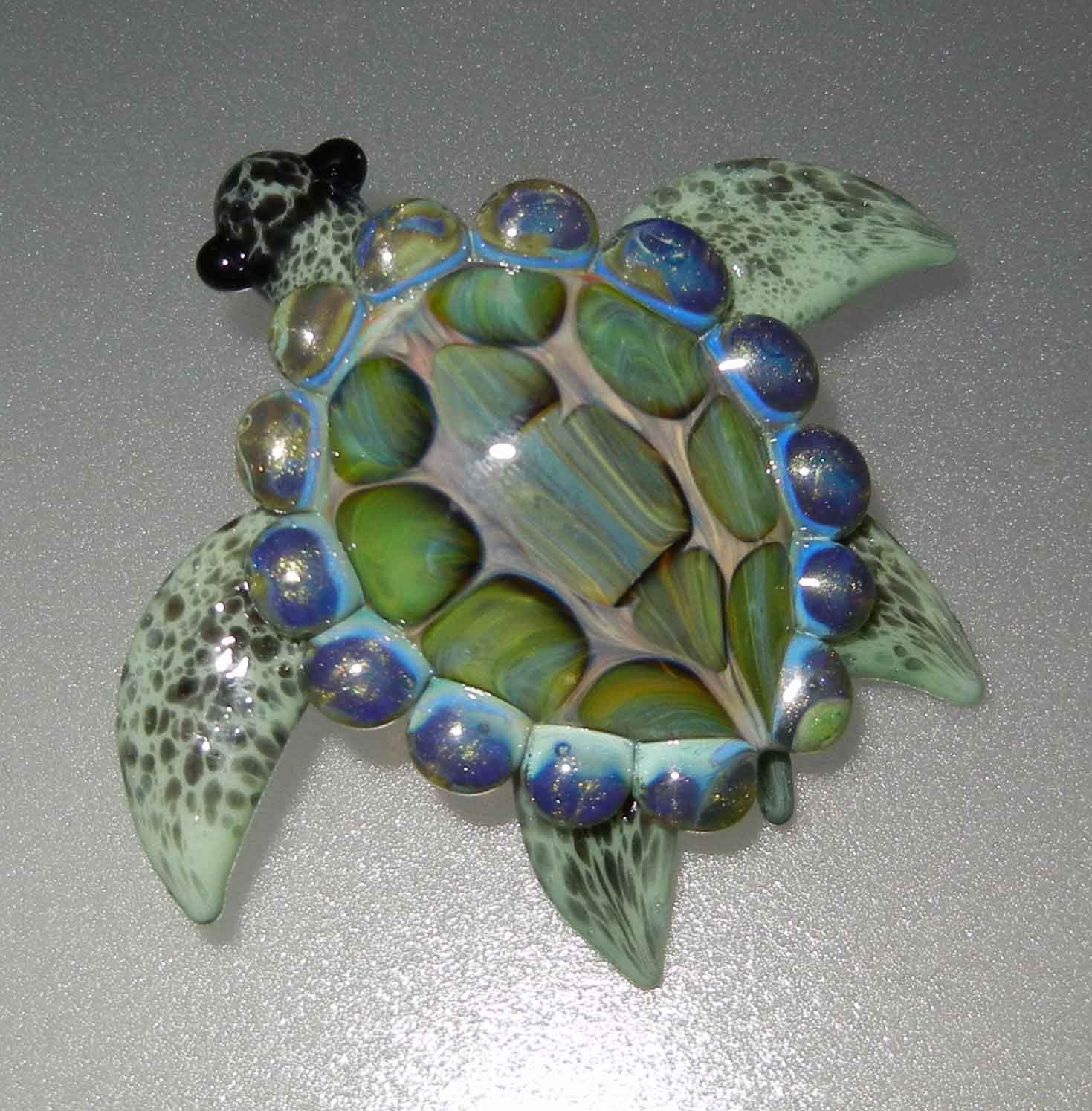 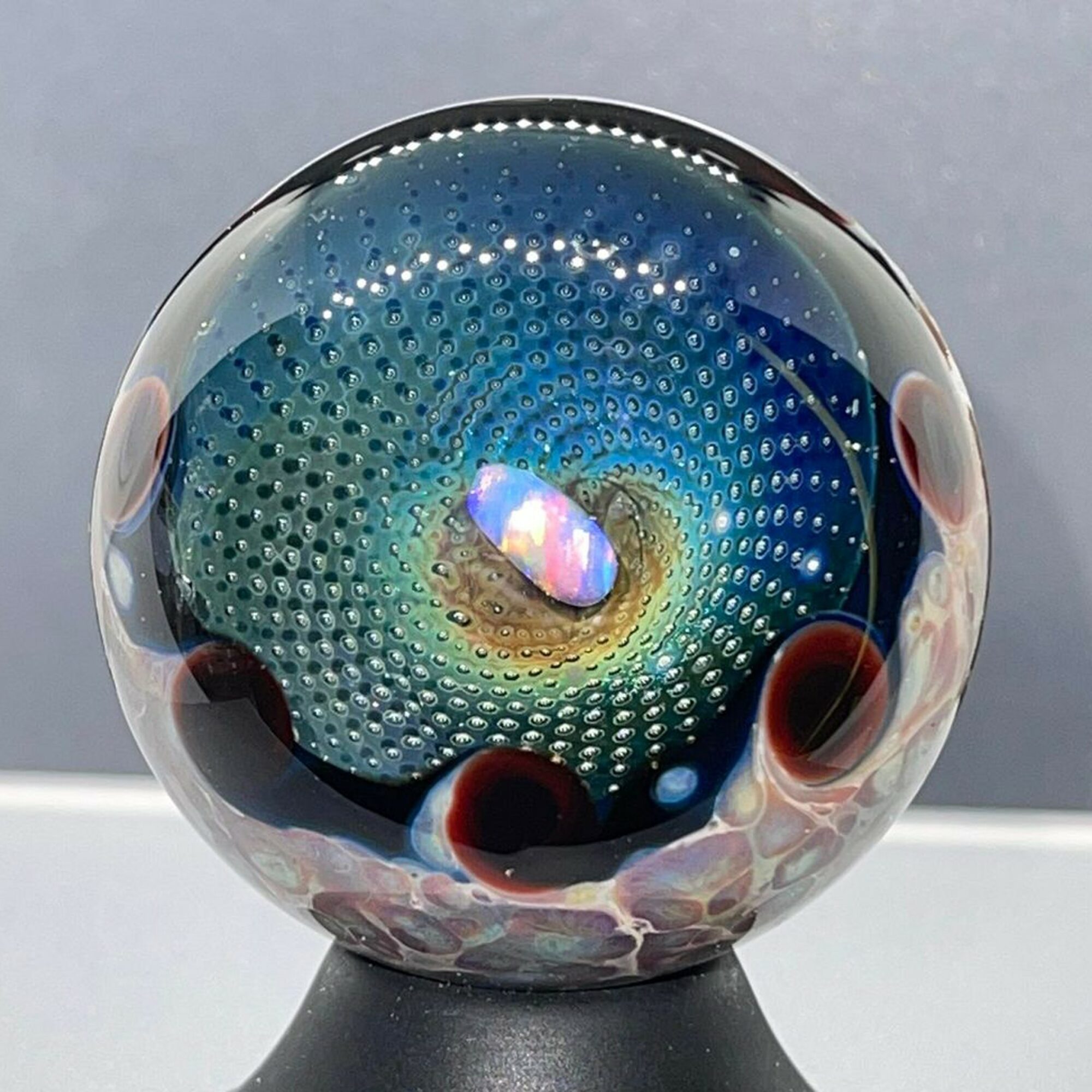 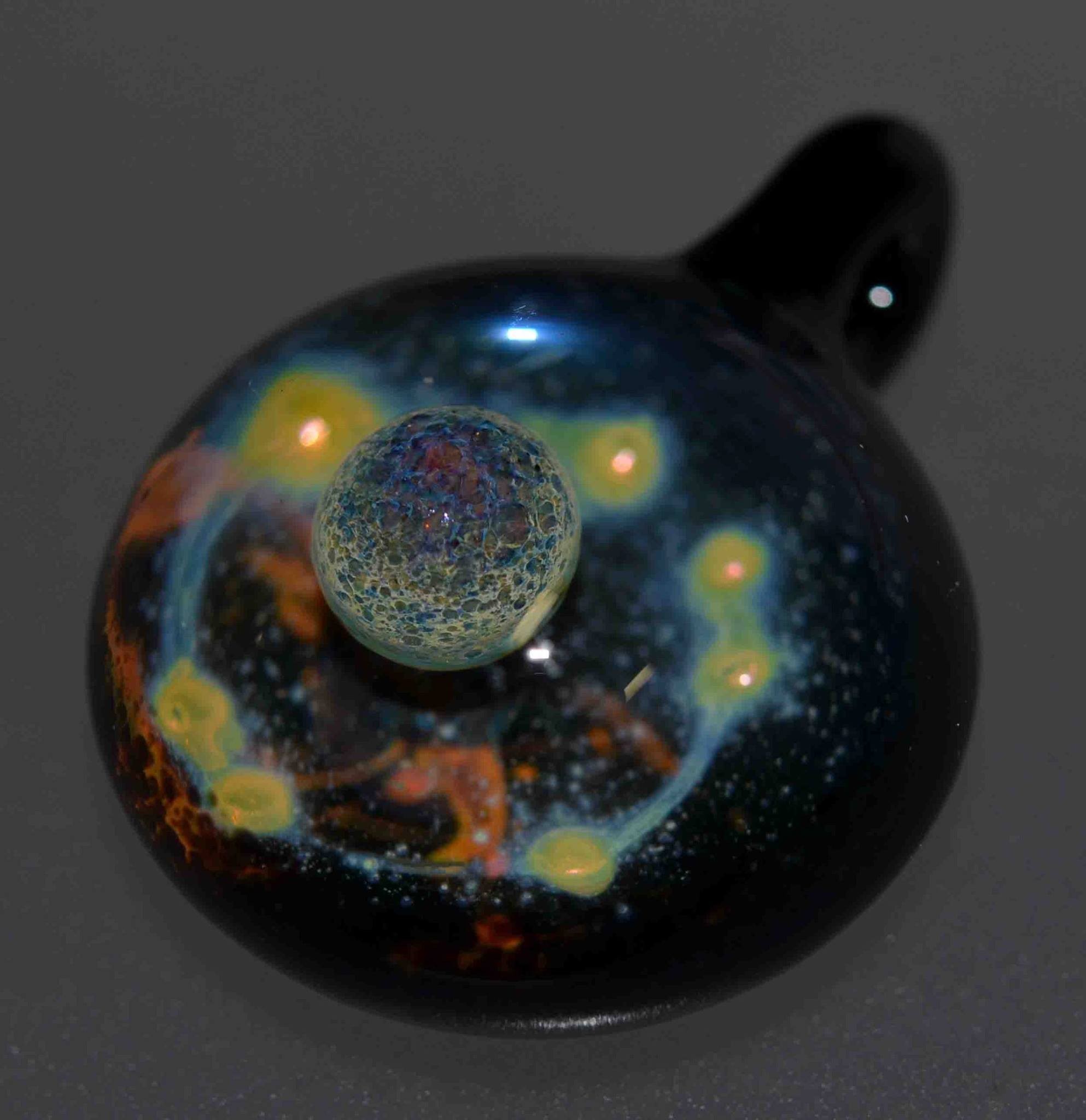 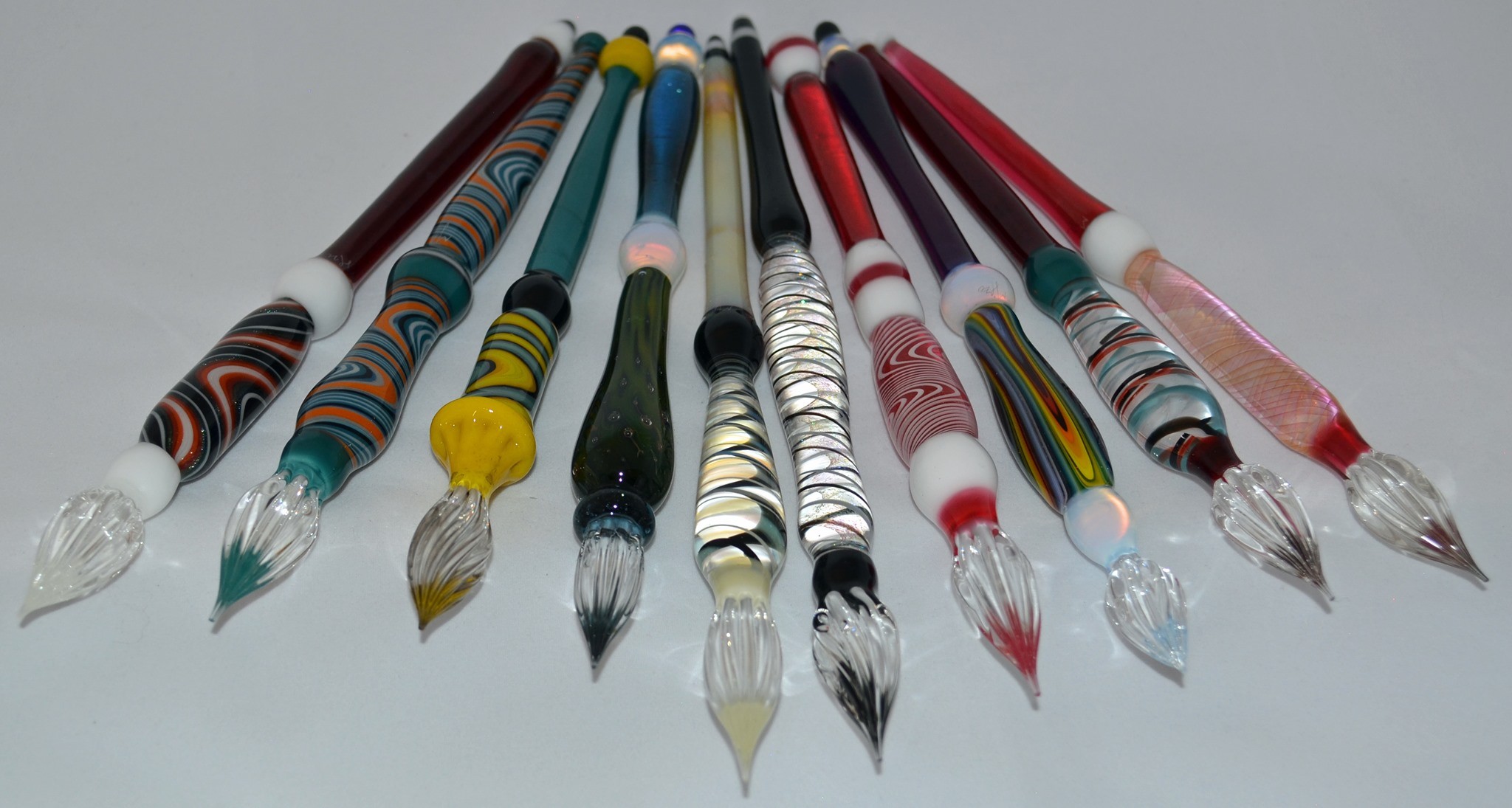 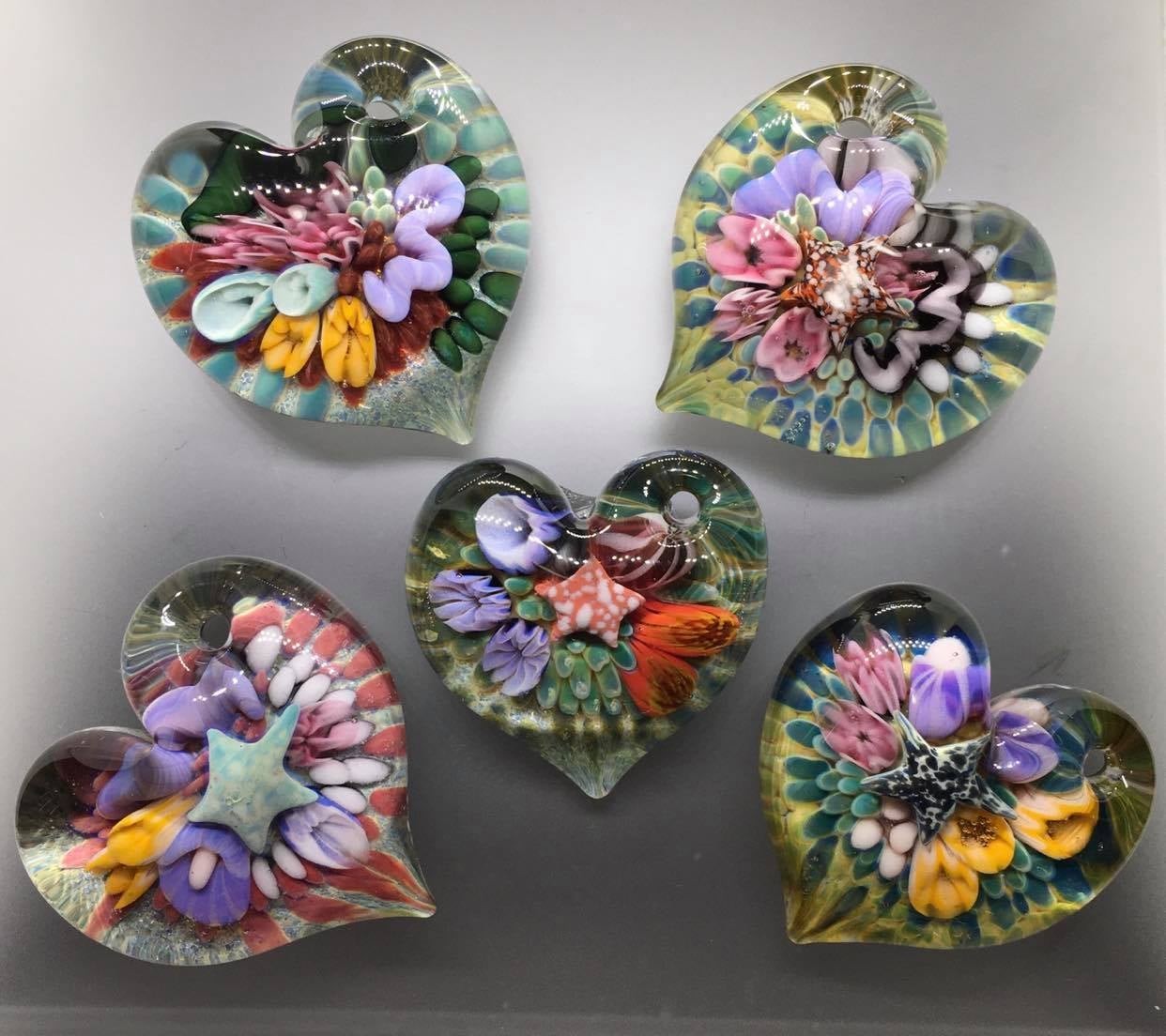 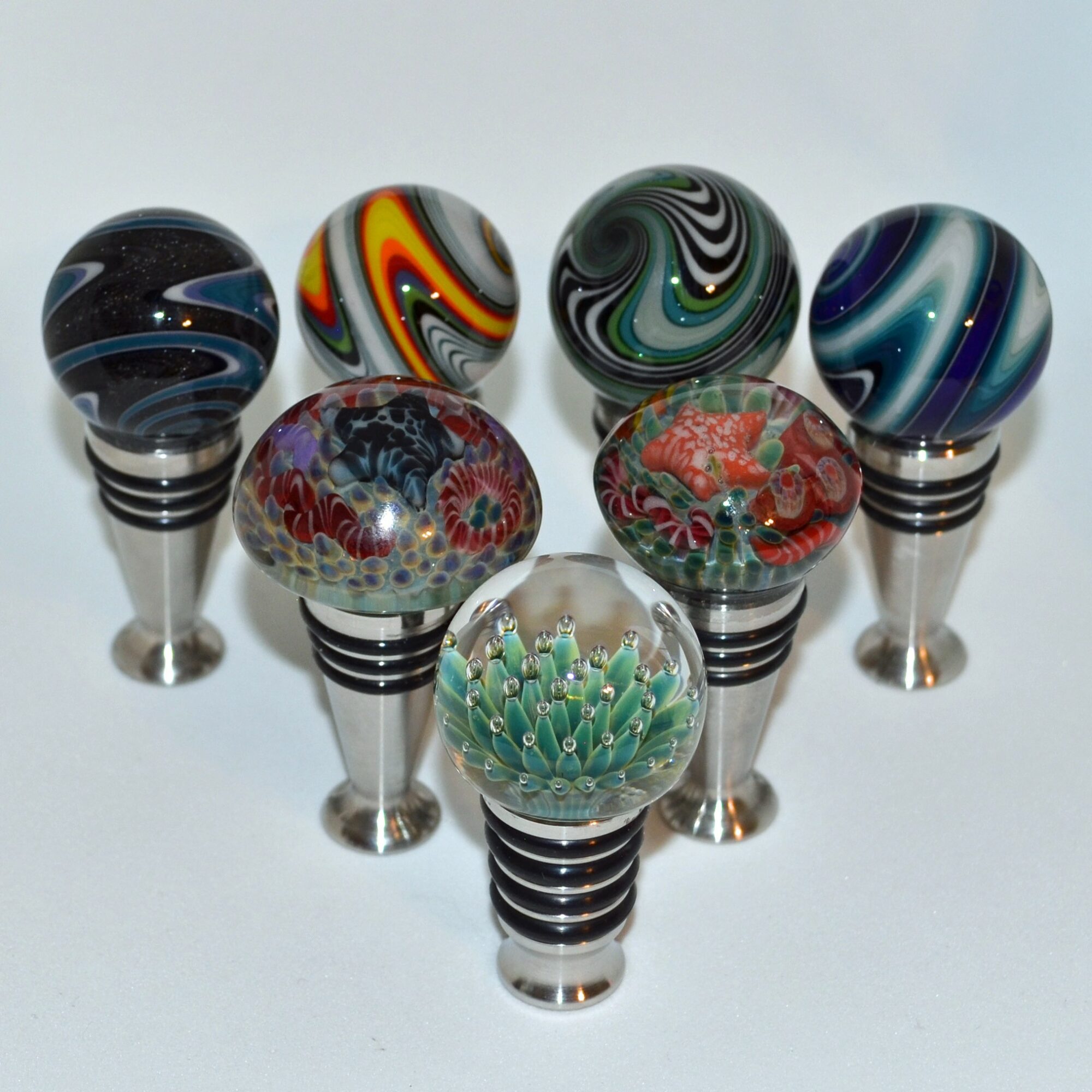