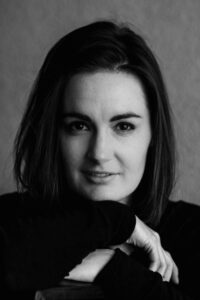 Today we’d like to introduce you to Blaire Ostler.

Hi Blaire, we’re thrilled to have a chance to learn your story today. So, before we get into specifics, maybe you can briefly walk us through how you got to where you are today?
One does not simply wake up in the morning and decide to write a book entitle Queer Mormon Theology. It has been a journey, and one that started before I even knew it began.

Over the majority of my life, I was told that I could be Mormon or I could be queer. One of the other, but certainly not both. It was a story, among others, that nearly took my life. In my youth, I thought I was alone in my experiences and struggles, but the more I grew, researched, studied, and spoke out, the more I realized there were not just hundreds, but thousands of people like me.

To my surprise and delight, there were thousands of queer Mormons working towards the same goals I was; queer Mormons striving to be authentic to conflicting parts of themselves.

Achieving my goals did not happen overnight, nor did they happen without persistence and patience. The journey has been turbulent, but it’s one I would walk again.

We all face challenges, but looking back would you describe it as a relatively smooth road?
As one might imagine, reconciling queerness and Mormonism is not for the faint of heart. Mormonism does not have the best track record when it comes to queer inclusion. In fact, the opposite is true. Many queer Latter-day Saints, such as myself, grew up listening to high-ranking religious leaders compare us to murders and pedophiles.

Church leaders have even lamented that capital punishment could not be used on homosexuals. Brigham Young University has practiced conversion therapy on its campus. The history of queer abuse and trauma within Mormonism cannot be overlooked when championing better ways of moving forward.

It can be difficult to sit with the unpleasantness of it all and that is one reason why some Latter-day Saints are eagerly and aggressively creating and defending a projection of God used to abuse queer children. Getting people to recognize and sit with the discomfort of queer abuse is supremely difficult in a religion that prizes pleasantness, sometimes even more than truth.

As for myself, I am not immune to the statistics that plague my community. I have suffered from anxiety, depression, and suicide ideation as a result of decades of spiritual abuse and trauma. Healing deep wounds that were inflicted on me as an innocent child has certainly been difficult. Years of trauma take years to recover from.

However, I take comfort in knowing that the work, I have put out into the world has made a positive impact on my fellow queer Latter-day Saints. Through years of healing, I have learned that queer people are absolutely amazing, and I feel proud to be one of them.

I’m no longer ashamed of who I am and what I stand for, even though others may wish to erase my existence.

Thanks – so what else should our readers know about your work and what you’re currently focused on?
My work as a queer philosopher, author, and advocate cannot be summarized in a single word. When people ask me what I do I usually respond with, “Whatever needs to be done in my community.” It’s a tongue-in-cheek and somewhat vague answer, but it’s the truth. If there is a rally, conference, speaking engagement, or parade that needs organizing or volunteers, you’ll likely see me there.

You’ll see me marching in a parade or getting academic articles published in peer-reviewed journals, I’m doing what needs to be done and saying what needs to be said. I might be speaking at a rally one day or I might be lecturing at a university the next. Being specialized in queer and Mormon studies takes me from the recording studio to the chapel.

Out of all the work I do, I am most proud of my book, Queer Mormon Theology. The amount of positive feedback I have received from my queer peers has made every trial worth it. Not only that, the number of people who are not LGBTQ and loved the book says something about the book’s ability to speak to a wide audience. You don’t have to be LGBTQ to understand or feel moved by this book.

There are relatively few academic books written on queer Mormonism and even fewer have been written by queer people with lived experiences to share along the way. Though there are biographies written by queer Mormons about their personal lives, some don’t dive into the rich theological implications Mormonism has to offer. Queer Mormon Theology is unique in that it is both academic and personal. It is for queer people and straight people.

It is complex, yet also accessible. It is original but oddly orthodox. There’s really nothing like it to date.

How can people work with you, collaborate with you, or support you?
The best way to support my work is to read my book. It is available in paperback, e-book, and audiobook. It was important to me to make the book as accessible as possible. If you want to hear more, my website BlaireOstler.com features all my publications including academic articles, personal essays, poetry, and podcasts.

If someone is interested in getting involved and supporting the queer Mormon community on a broader level, there is a vast network of queer Mormon groups to collaborate with. Some of the groups that I have worked with are Affirmation, Mormons Building Bridges, Flourish Therapy Services, USGA, Encircle, Mama Dragons, Dragon Dads, Sunstone, Dialogue, Utah Pride Center, and By Common Consent Press.

Success doesn’t come without collaboration and I am deeply honored and grateful for the support I have received from all of the mentioned organizations. 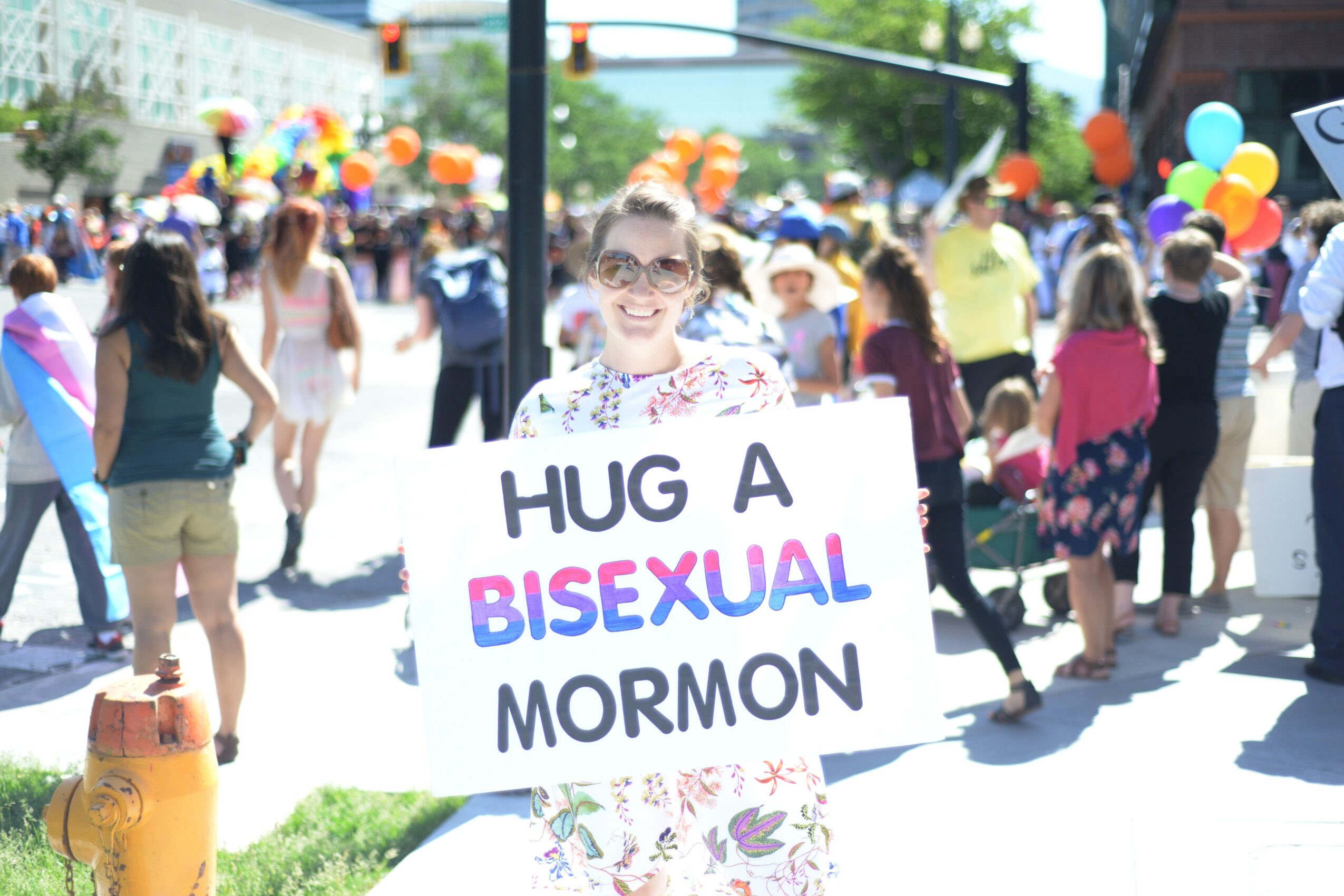 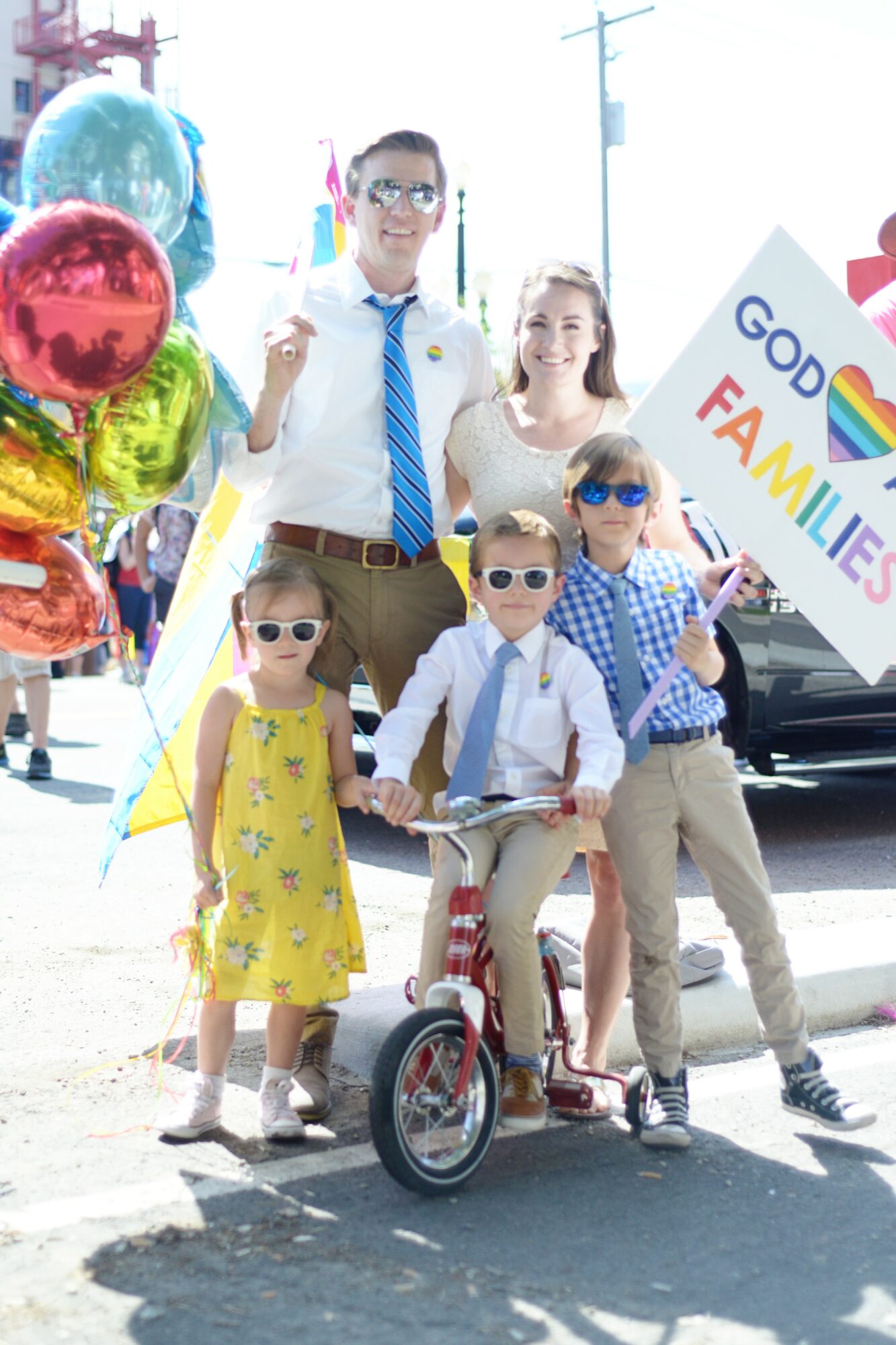 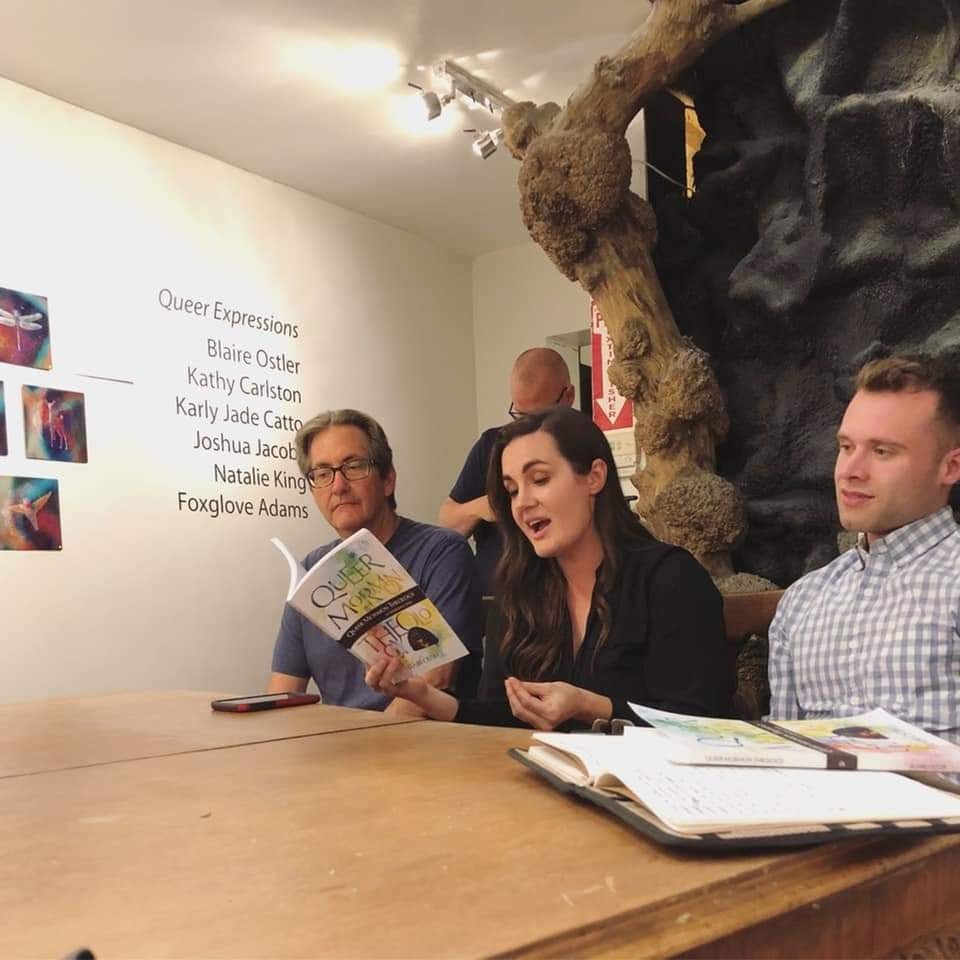 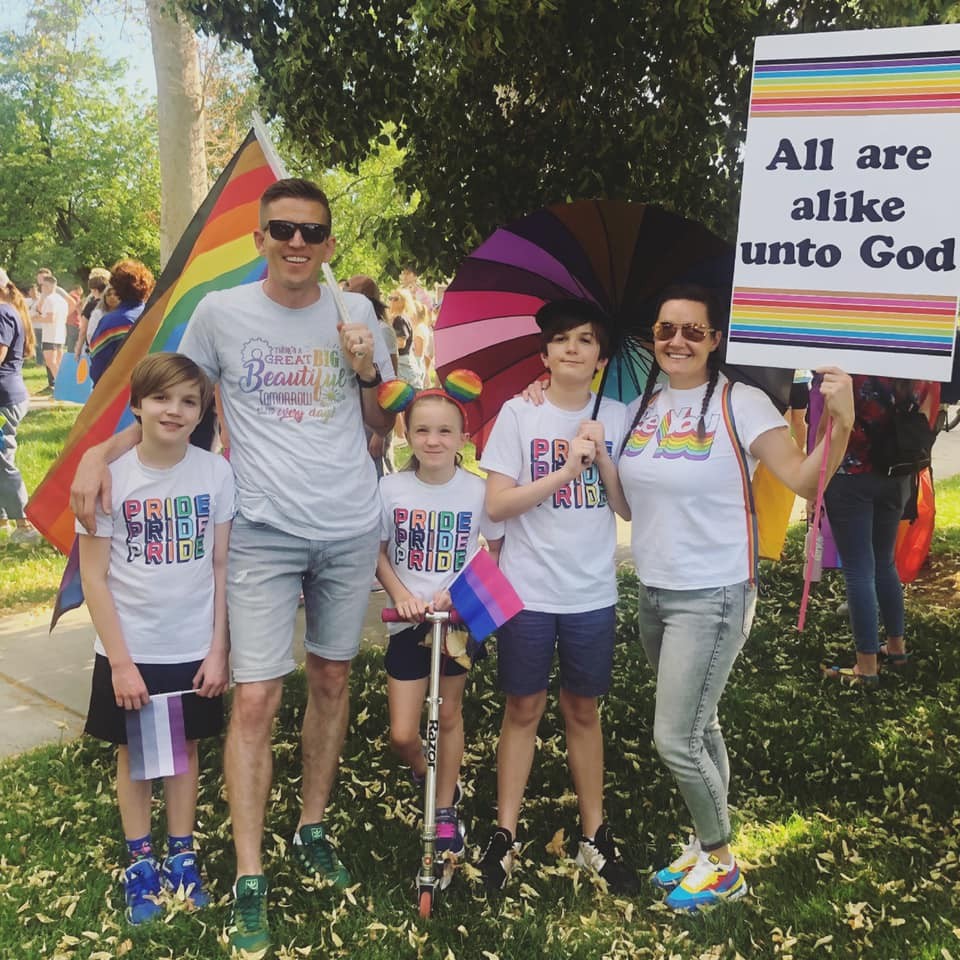 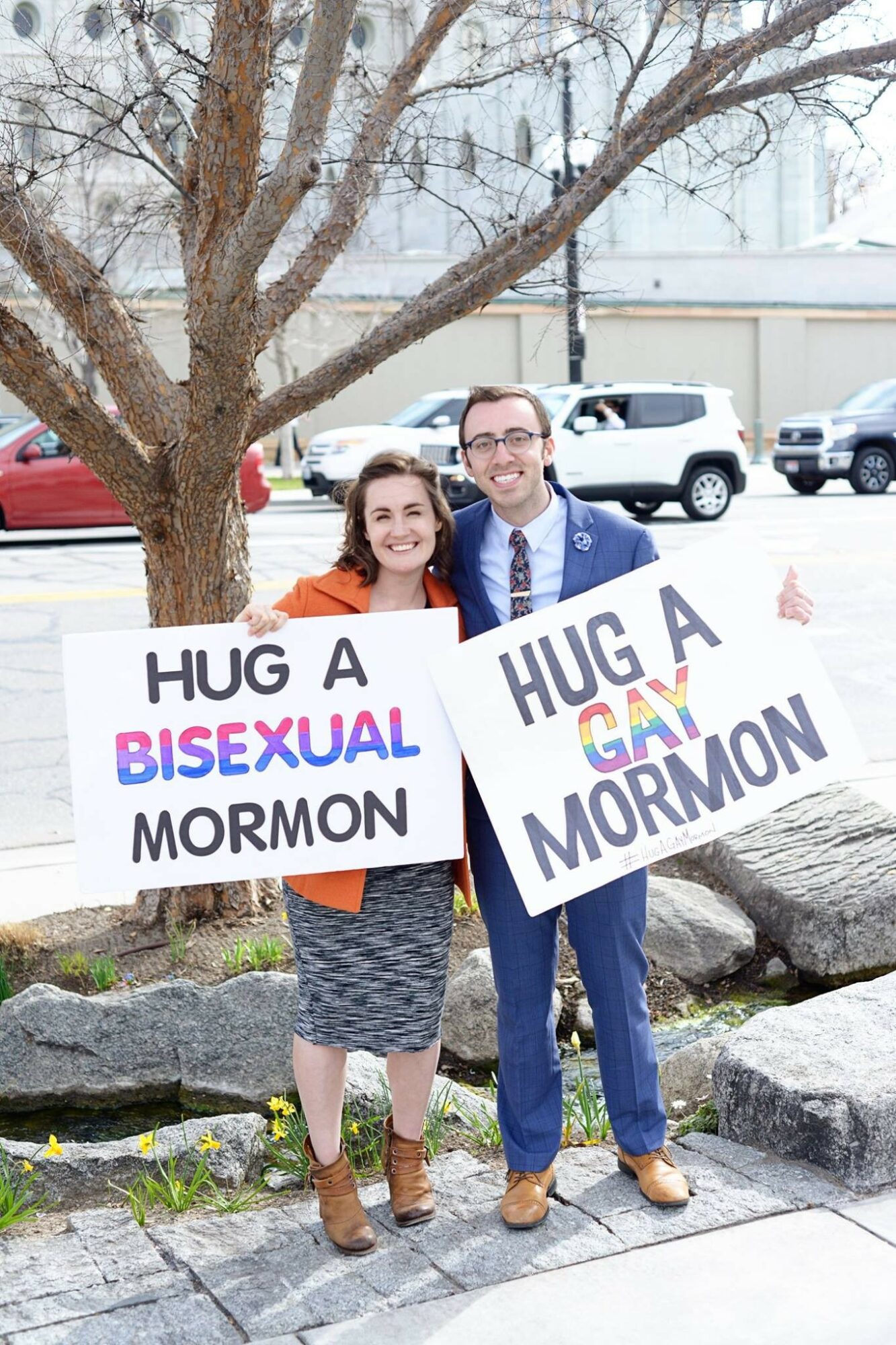 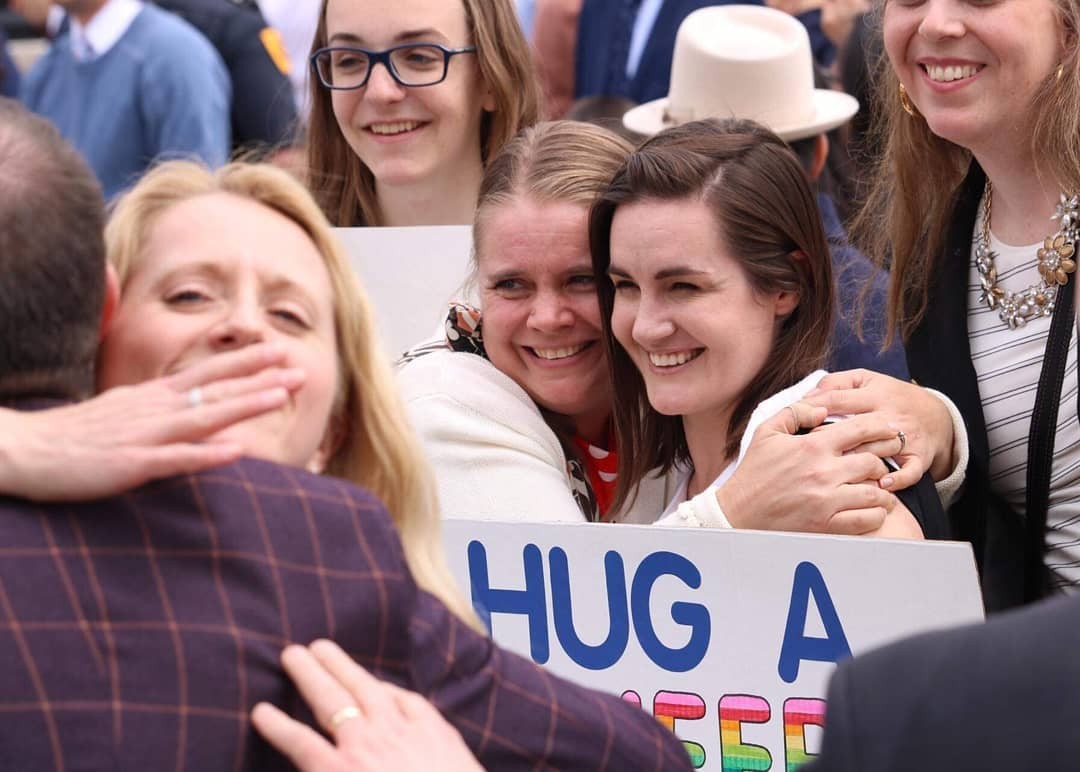 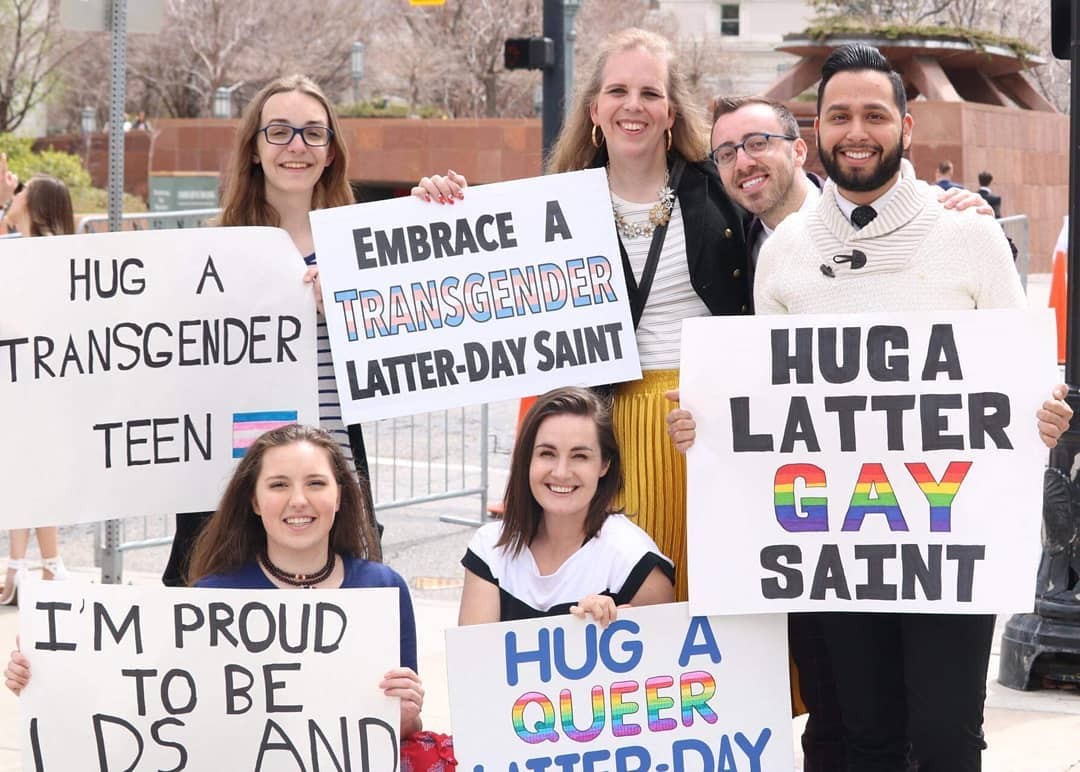