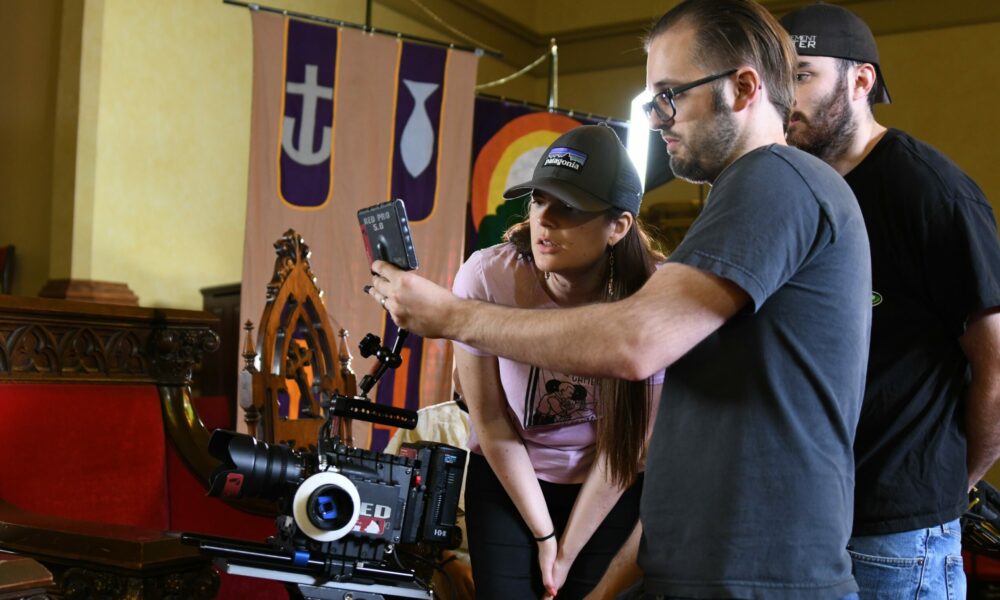 Today we’d like to introduce you to Emily Robyn Clark.

Hi Emily, so excited to have you with us today. What can you tell us about your story?
I was born into a creative family of artists, and I’ve been writing since I was about three or four. My first poem, “What Should We Do in Outerspace?” was published when I was five in the Sow’s Ear Poetry Review, and I’ve been writing ever since. When I was 12, I won first place in the Virginia Highlands Creative Writing Contest for a short story, and at 15, was featured and my poem “Wonders of Worley Cave” was published in A! Magazine for the Arts.

Being raised by two artists had a massive impact on my upbringing and helped to instill in me a deep love of words and storytelling that has become the primary vehicle for my work in the world and my calling. For example, my mother is a professional poet and Poet Laureate of Arkansas, and my late father was a talented sculptor, graphic designer, and photographer.

After getting my B.A. in Virginia in 2012, I moved to Southern California to pursue screenwriting and filmmaking. I took acting classes in Hollywood to learn more about directing, and my acting coach asked me and his other students to write scenes for class, so we did, and he ended up filming our scenes. I acted in the scene that I wrote alongside Kether Donohue.

I also cut my teeth on several P.A. roles for companies including NBC and Lionsgate as well as several independent companies in LA such as Skrein Productions where I worked as a writer and wore multiple hats such as Unit Production Manager and Head Costumer.

I also gained a lot of experience working on student projects with friends at Brooks Film School. I remember receiving an alumni email one day by accident and laughing, but it was pretty common: a lot of the students thought I attended the school. I got my first break as a writer when a local production company hired me to write a short narrative script for them.

Since then, I have self-published my first poetry collection, Art Triumphant, along with an anthology of student poems from my workshops taught in Southern California. My writing has taken me to many places, and I’ve performed poetry all over the United States.

After traveling the country with my former partner, singer/songwriter Nathan McEuen for two years, I moved to Utah, assembled a team, and started shooting one of my scripts. I finished LOVE SPELL in 2020 as a writer, director, and co-producer. It was a great learning experience and taught me a lot about how to make a movie. The fantasy short did well in festivals, too. It was a semi-finalist, a 2x finalist, took home 10 awards, and played in 14 film festivals around the world including being nominated for Best Utah Short at FilmQuest Film Festival.

After filming, I was the co-host of an Emmy-award-winning entertainment news show, Talking Pictures, with Tony Toscano. We filmed every Sunday and attended film screenings every week. We also covered Sundance every year. I also had the opportunity to work with Dig In magazine as a media writer and press at Sundance and interviewed celebrities such as Justin Chon, Tiffany Chu, Awkwafina, Alice Waddington, Milla Jovovich, Danielle Macdonald, Eiza González, Emma Roberts, Kate Krieger, and others on the red carpet.

Since then, I’ve worked as a professional reader for Slamdance Film Festival for two years. Multiple scripts that I selected continued on as finalists, and one horror script I picked was an award-winner in 2020.

I run a small writing and editing business with an emphasis on screenwriting and mentoring other creatives.

Songwriting has also been a lifelong dream of mine. I’ve played piano off and on since I was six, and love creating melodies and writing songs. A lot of my melodies and song ideas have arrived in dreams, so I decided on the stage name “Emma Dream.” When I was 18, I wrote a song called “Moon Dreams” with a talented musician named Tim Anderson known for his work with James Brown.

Since 2021, I’ve been writing and recording music with Brent Young at Hi-Hat Studio in Salt Lake City. My most recent creative project has me working with a Nashville producer and recording an album of original music. In May, I laid down the first two tracks at Magic Square Recording in Nashville and launched a crowdfunding campaign this summer.

We all face challenges, but looking back would you describe it as a relatively smooth road?
I remember interviewing Alice Waddington at Sundance Film Festival and hearing her talk about the importance of authenticity as a creative. I think it rings true: don’t write what’s in vogue at the time, but write what you can with where you are and where you’ve been, and most importantly, write what calls to you most deeply.

For me, the biggest challenge is often letting go of self-doubts and diving in with everything I’ve got. However, once I do, I’m in full commit mode and I don’t want to stop working or get sidetracked by anything else.

Another challenge, I think, is having multiple new ideas every few weeks or so and not knowing what to pursue next. I think we have to be receptive to new ideas, but also to know when to shut the door and let the images and ideas we’ve caught from the ether come into sharper focus and then hone those. Sometimes I think ideas and images come to me that maybe I’ll be ready to develop in 10 or 20 years, but not now.

One of the hardest challenges for me has been figuring out how to earn a living and pursue creative work at the same time. In March, I quit my full-time remote job as a project manager for a tech company to focus on my creative projects, but it hasn’t been easy. I have a small writing and editing business with an emphasis on artist development and screenwriting, and I currently have one regular client.

Professionally, I’ve most recently worked as a script supervisor for a commercial, a research assistant for an undisclosed project, and an assistant director for an independent film, and I’m hoping that more opportunities will come my way soon. I’m open to new film work and taking on new clients with my writing and editing business.

Thanks for sharing that. So, maybe next you can tell us a bit more about your work?
I’m creative and wear a lot of hats. I’m a film director, screenwriter, journalist, poet, poetry teacher, and songwriter. My biggest passion is film.

I specialize in writing screenplays, poetry, and articles, and coaching other writers.

I’m really proud of my directorial debut, Love Spell, which played in 14 festivals around the world, won 10 awards, took home nominations, and is getting ready for distribution!

I was elated to learn this summer that I won First Place in the Olive Woolley Burt Creative Writing contest for Flash Fiction for my story, “The Weaver”.

I love helping creatives accomplish their dreams. A lot of my writing work has been working with other writers who need help with a concept, script, pitch pack, or even professional development.

In fact, I’m starting a screenwriting chapter of the Utah Writer’s League which will have a bunch of local amazing filmmakers in it, although you don’t have to live in Utah to join. It’s only $30 to join for the year. To join, go to: https://www.leagueofutahwriters.com/join-renew ) as an unaffiliated member and use the comments box to note that you want to join Emily Clark’s Utah Screenwriters Guild.

I’m also known professionally as a poet, have been published widely, and have performed poetry all over the United States.

I self-published my first poetry collection Art Triumphant along with an anthology of student poems from workshops I taught in Southern California at a high school and middle school.

I’ve worked as a journalist, poet, and poetry teacher in Southern California. My writing has taken me to many places, and I’ve performed poetry all over the United States.

As a songwriter, I’ve been lucky to write with friends including Brent Young at Hi-Hat Studio, Michael Levinson formerly of Agent 51, and Peter Stahl who wrote with Aerosmith, as well as an unfinished song I cowrote with Nathan McEuen and Bobby Mason. Bobby, who’s been called Aspen’s “Mayor of Music,” has played and performed with greats such as John Denver, The Dirt Band, The Eagles, Jimmy Buffett, and many others.

I’m left-handed, neurodivergent, and identify as bisexual. I’m really passionate about helping amplify other voices from the LGBTQ+ community.

We’re always looking for the lessons that can be learned in any situation, including tragic ones like the Covid-19 crisis. Are there any lessons you’ve learned that you can share?
I’ve always valued quiet time and time for reading, writing, and getting out into nature. I think Covid helped bring some things into perspective more for me, but it was certainly extremely difficult, and I worked nonstop. I worked full-time from home the year before and throughout. During the pandemic, I would sometimes go for weeks without seeing anyone except for my mail carrier who was nice enough to wave and sometimes say hello.

The isolation was extremely hard, but I got through it. In addition to working for a tech company, I also worked as a journalist for Gaye Magazine remotely, and being a part of that amazing community of LGBTQ+ writers made me feel like I wasn’t so alone.

My father passed away in 2021 and that was a major loss for me and also a big turning point in my life. I think his passing really woke up something inside of me and I started to change my focus a bit. Instead of only focusing on my career and art, suddenly, I had a great desire for a partner and a family of my own, and taking care of my own health and mental well-being came into sharp focus. Take care of yourself! That’s the nugget of wisdom I learned during Covid. 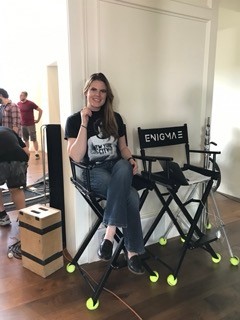 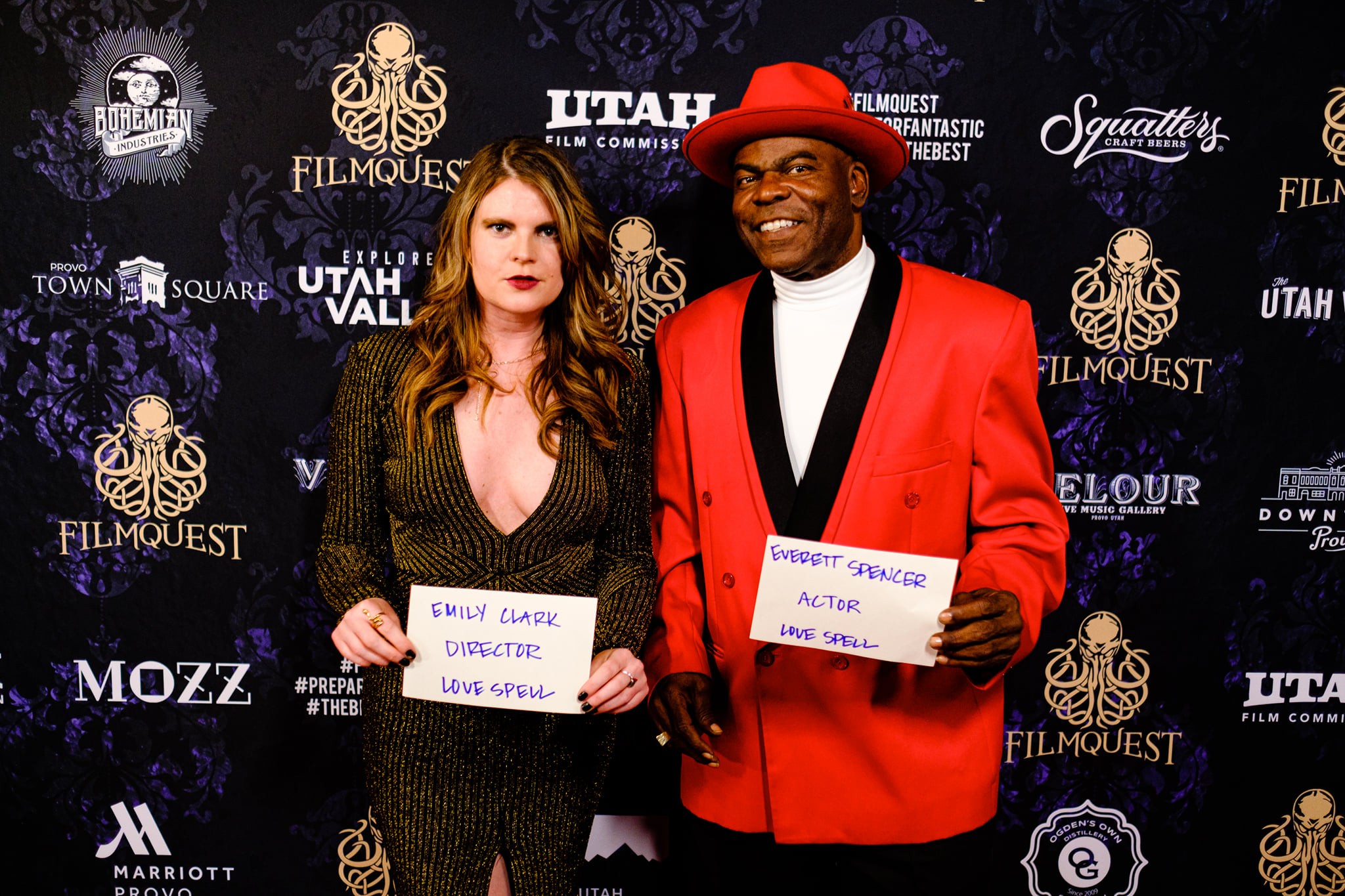 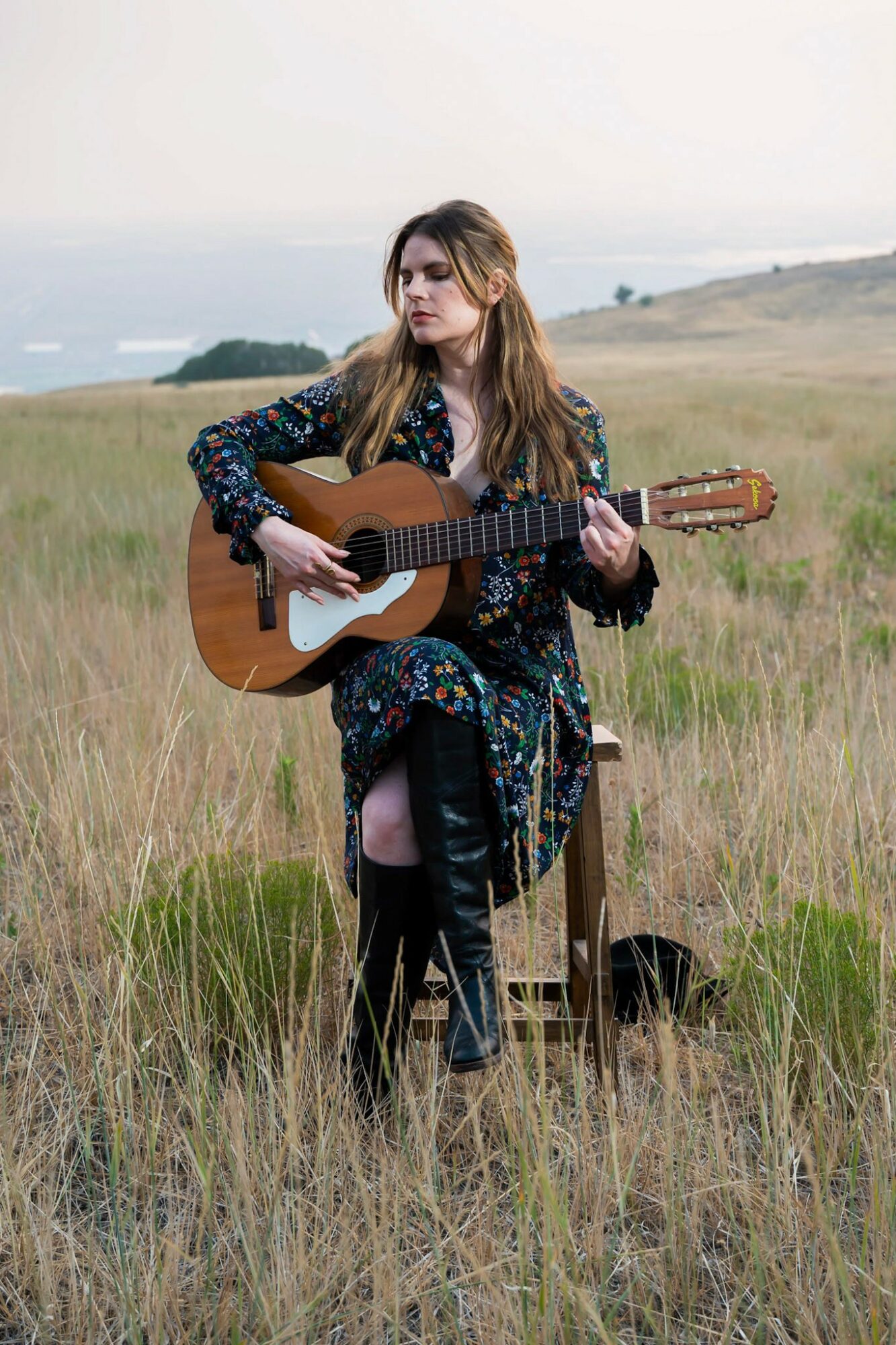 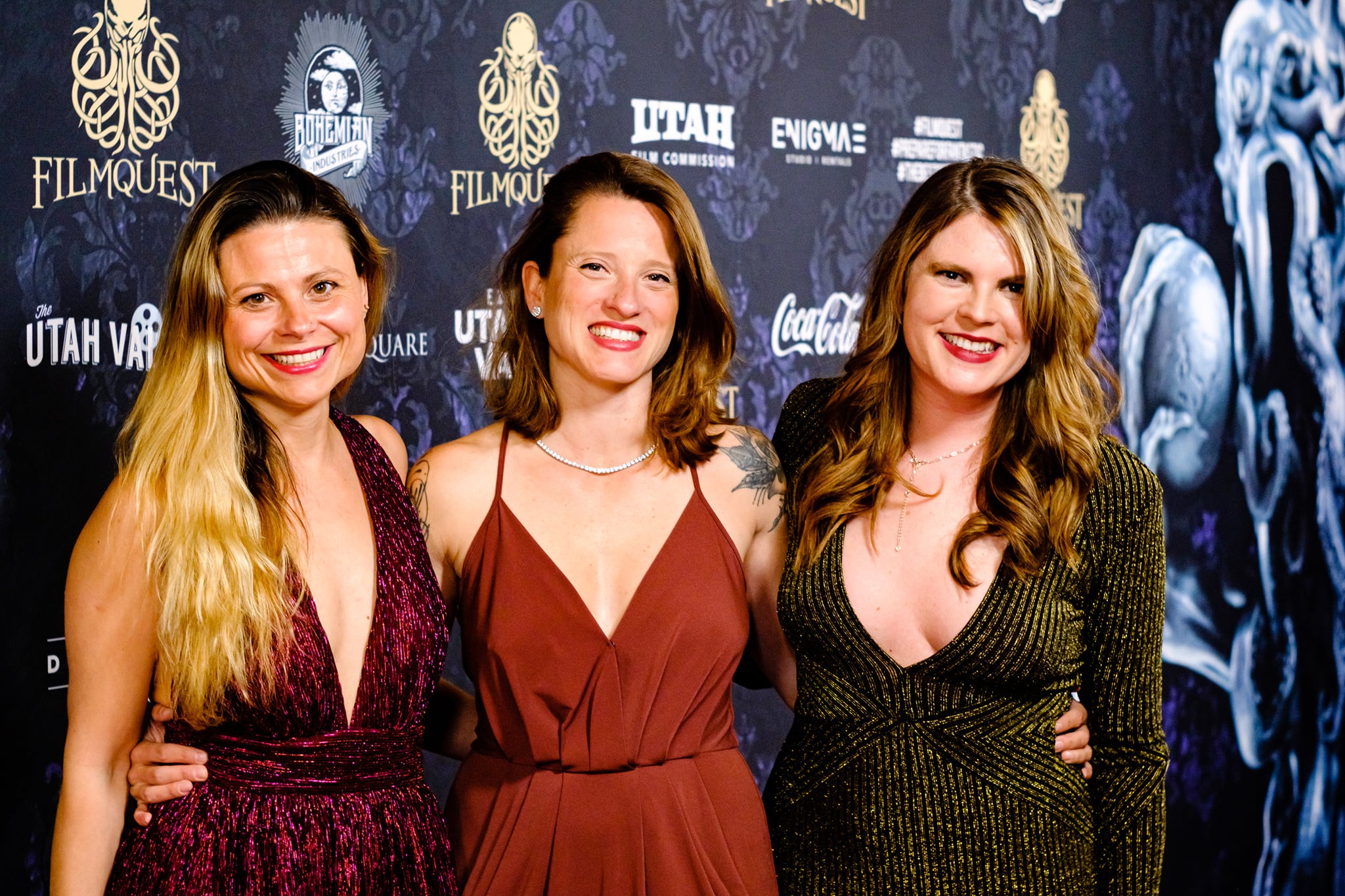 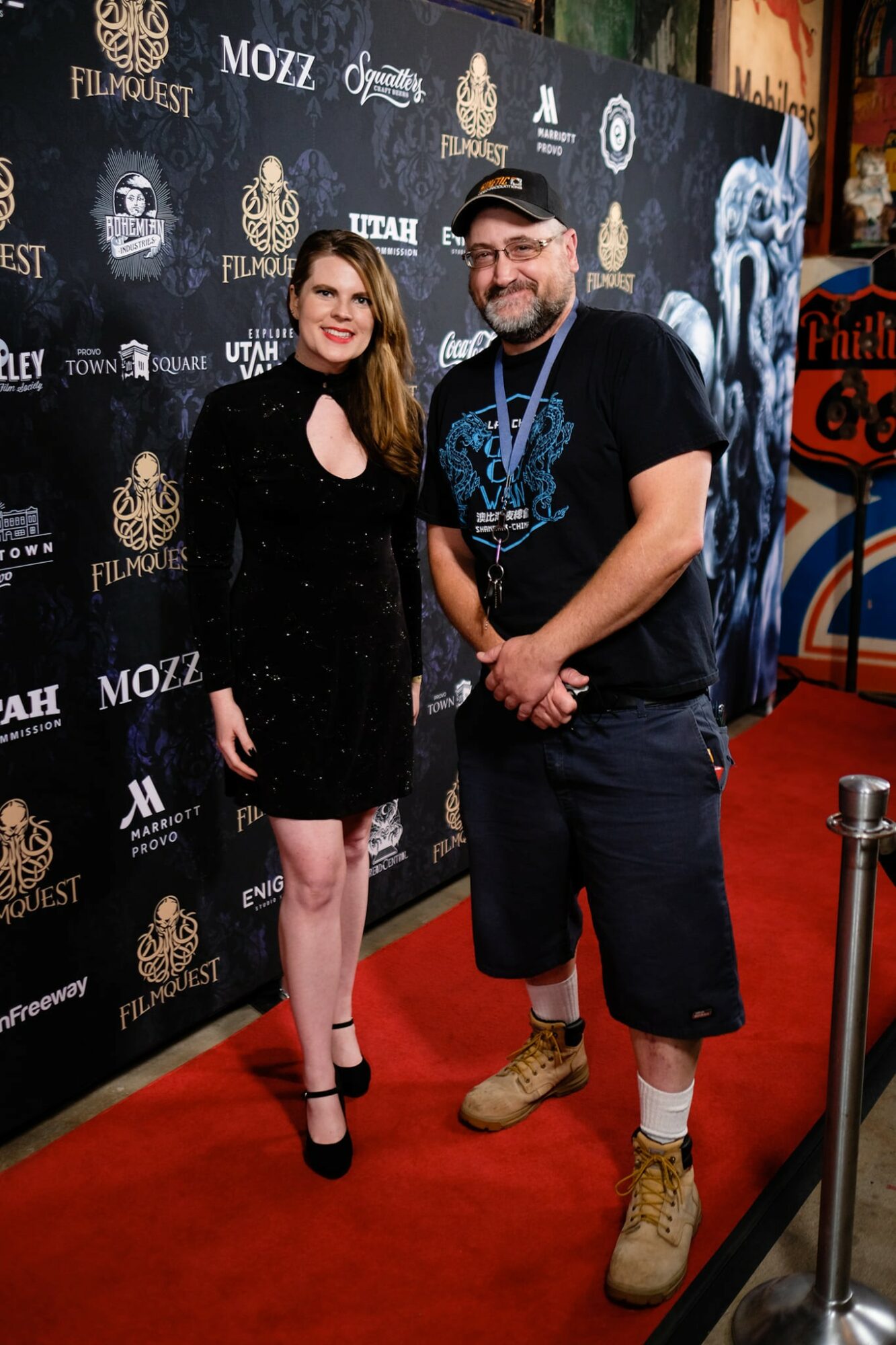 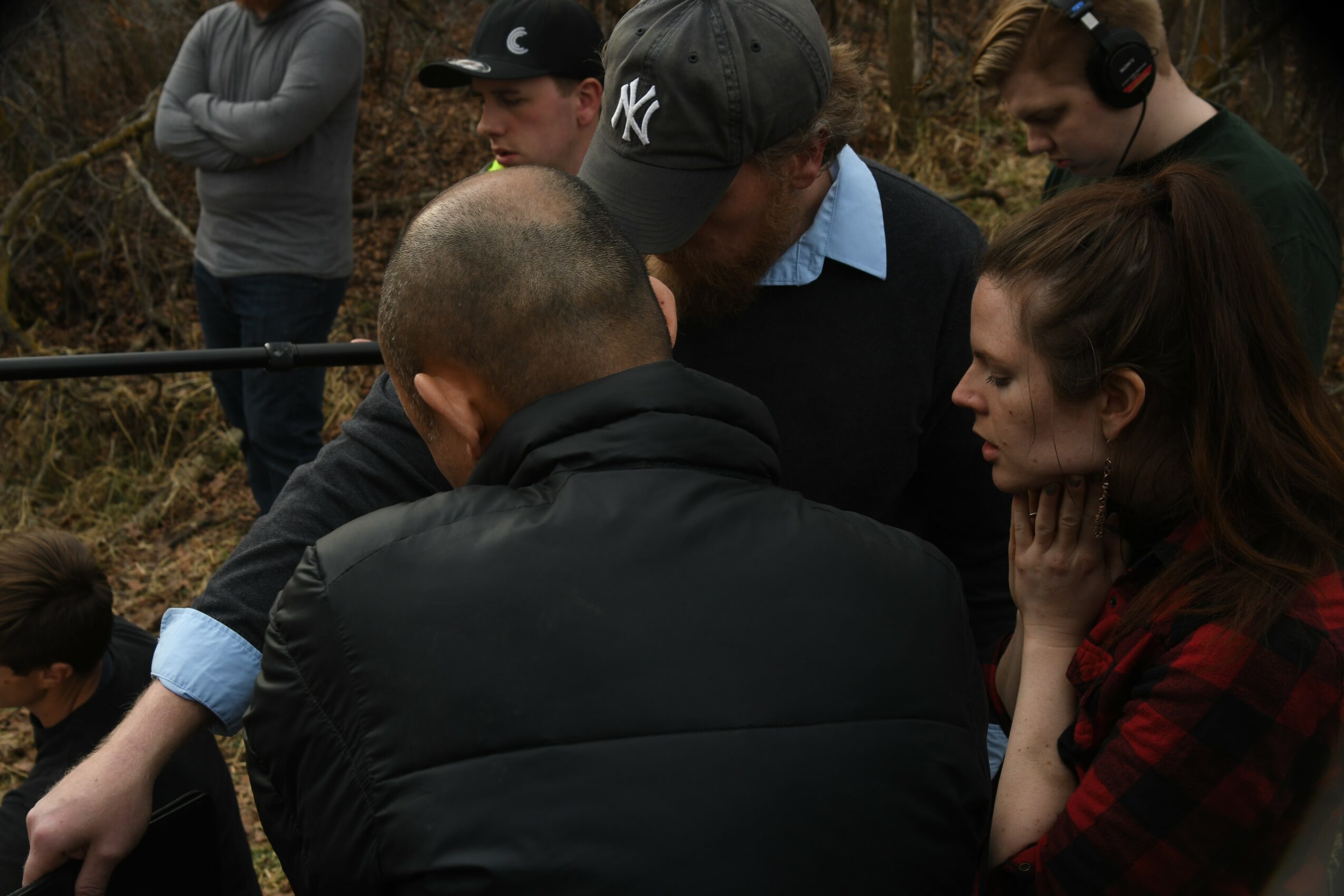 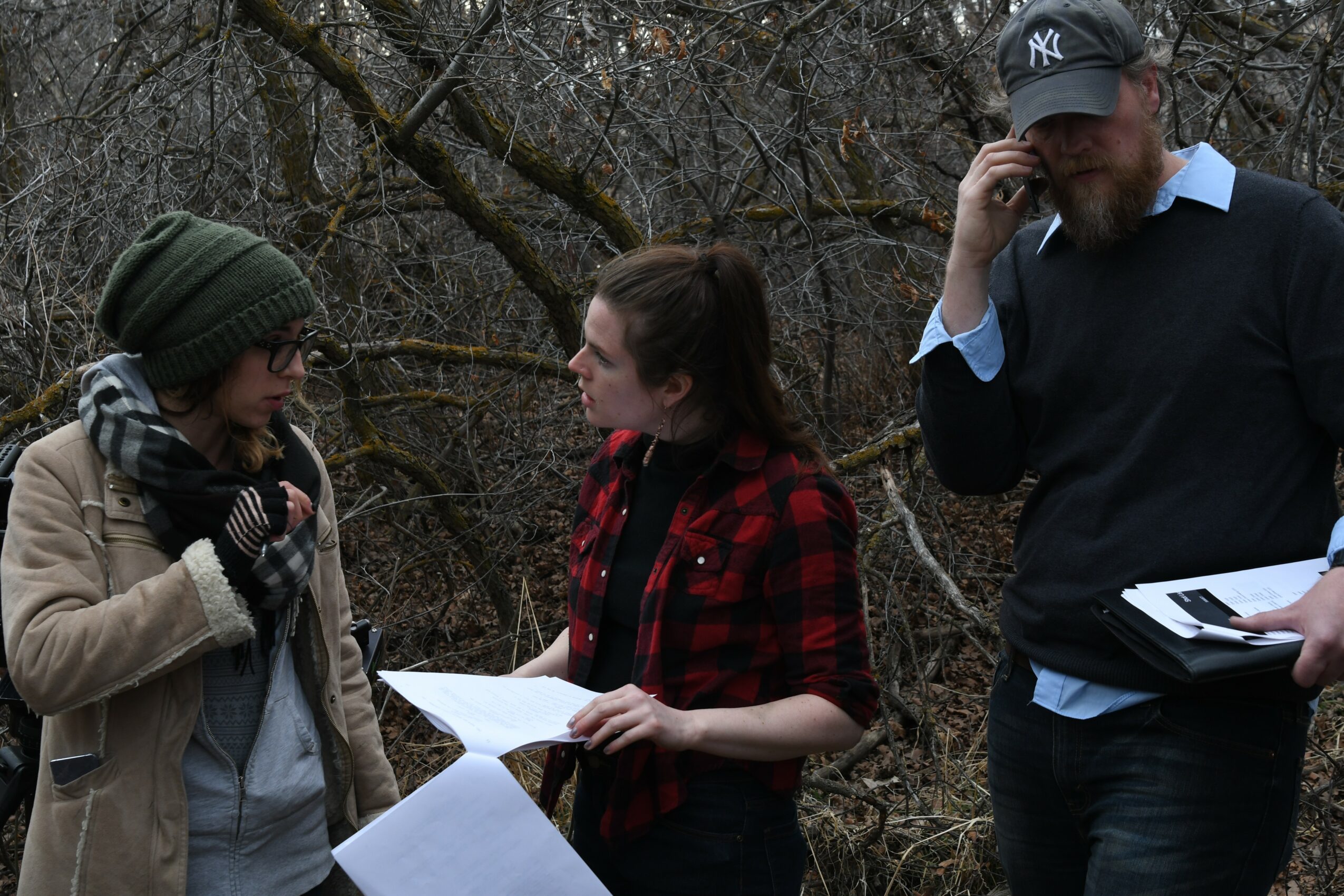 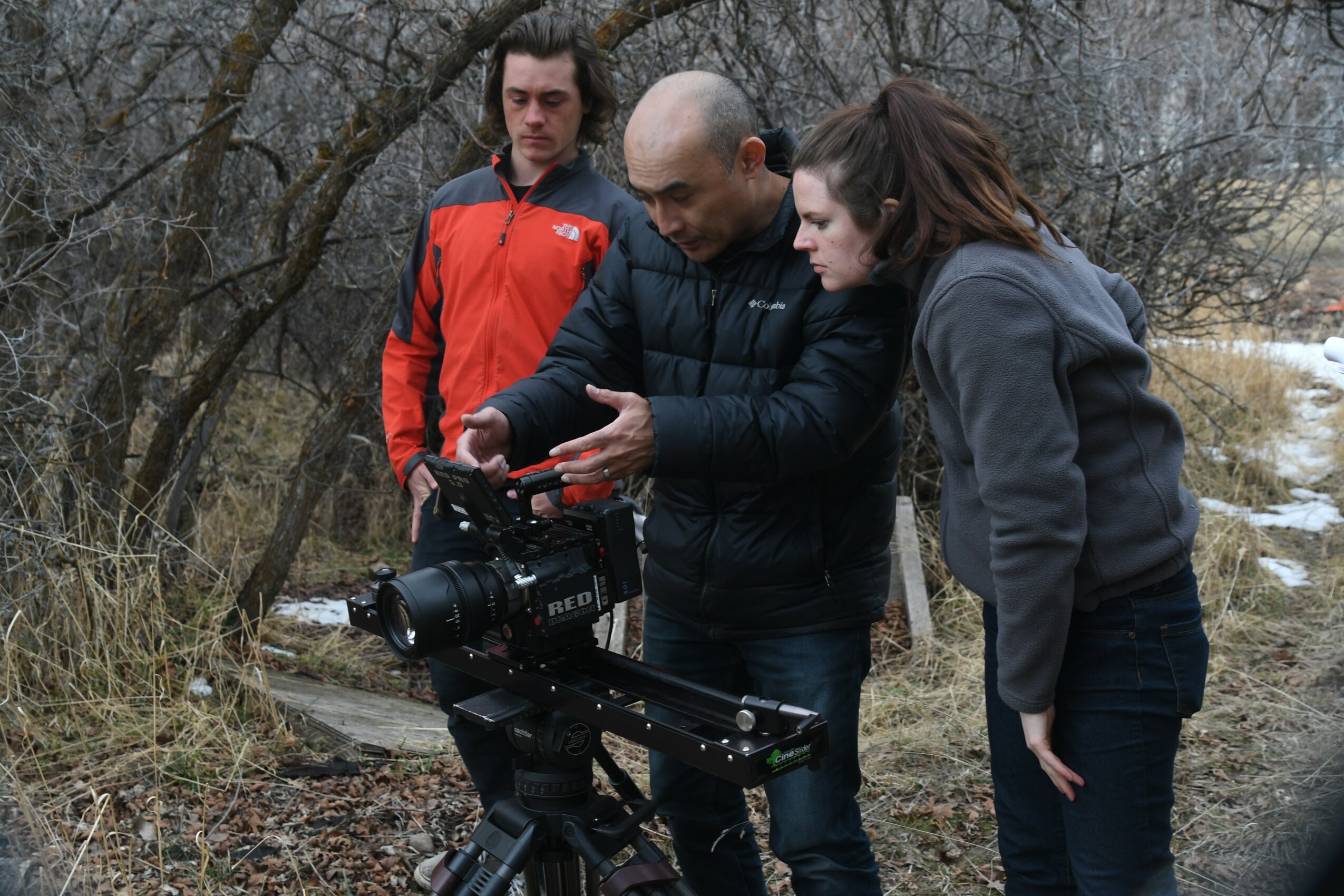 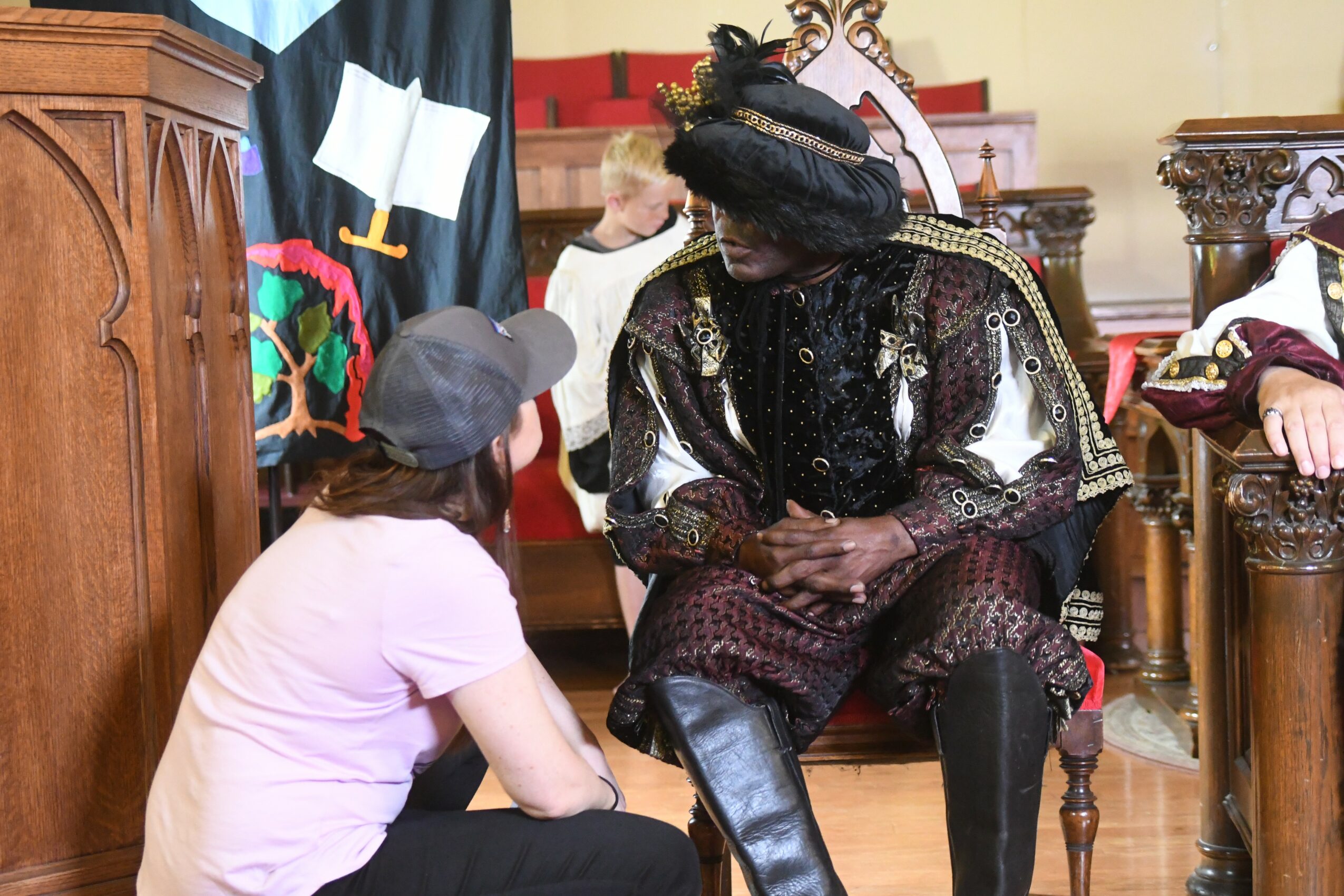 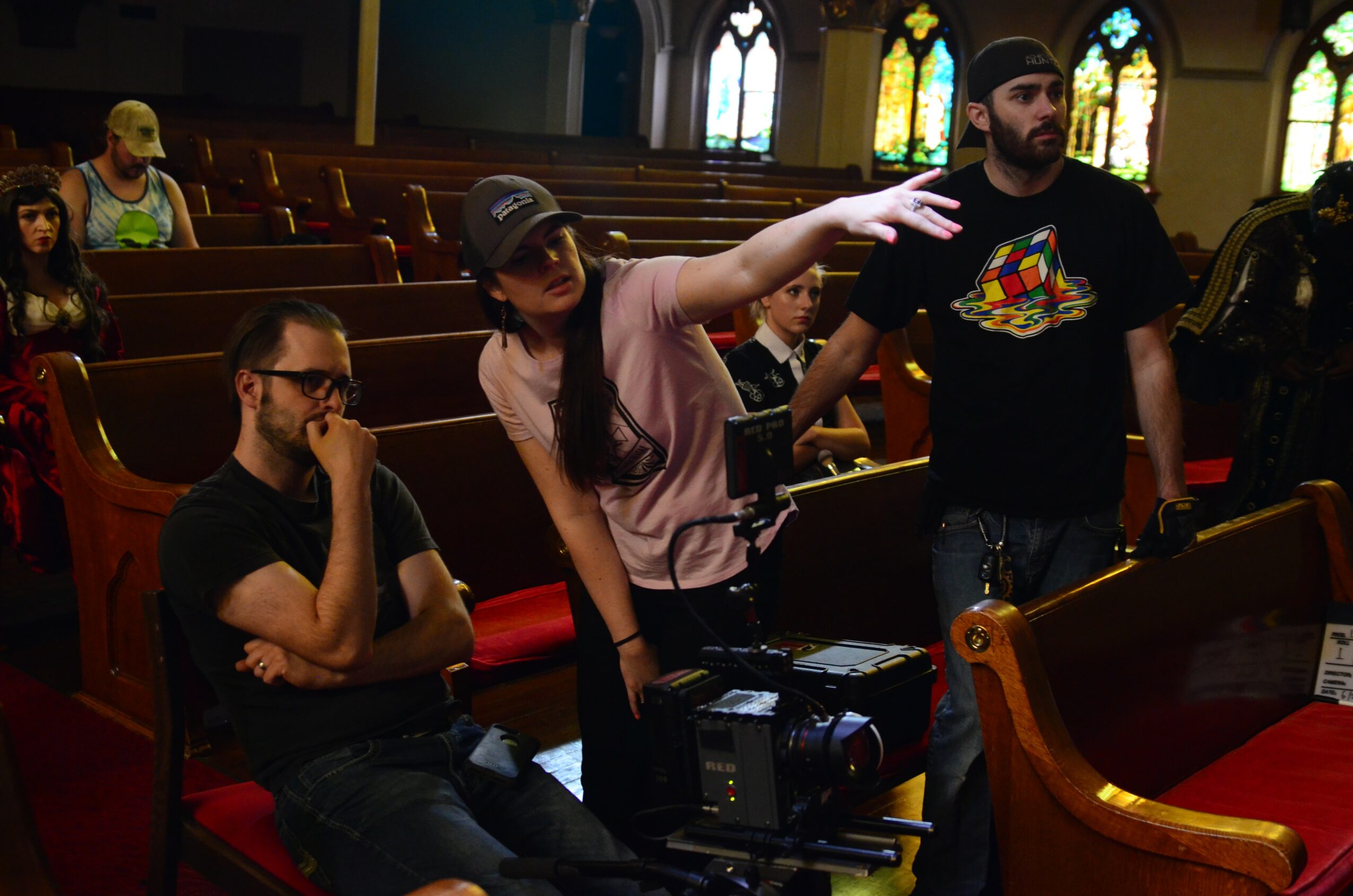 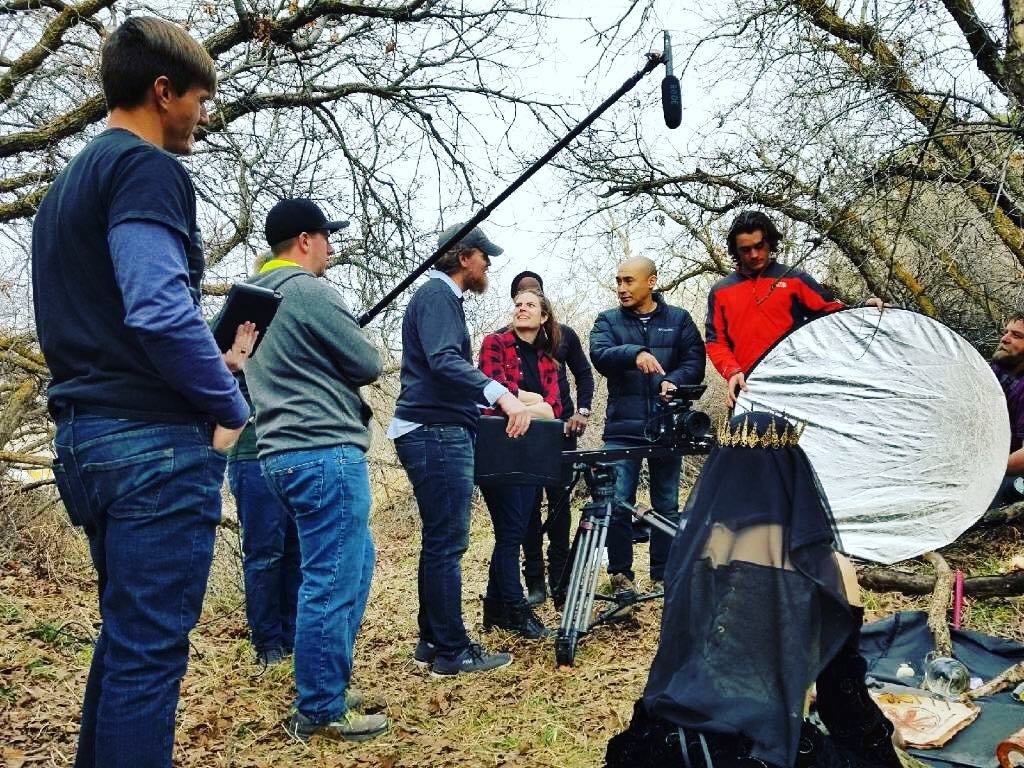 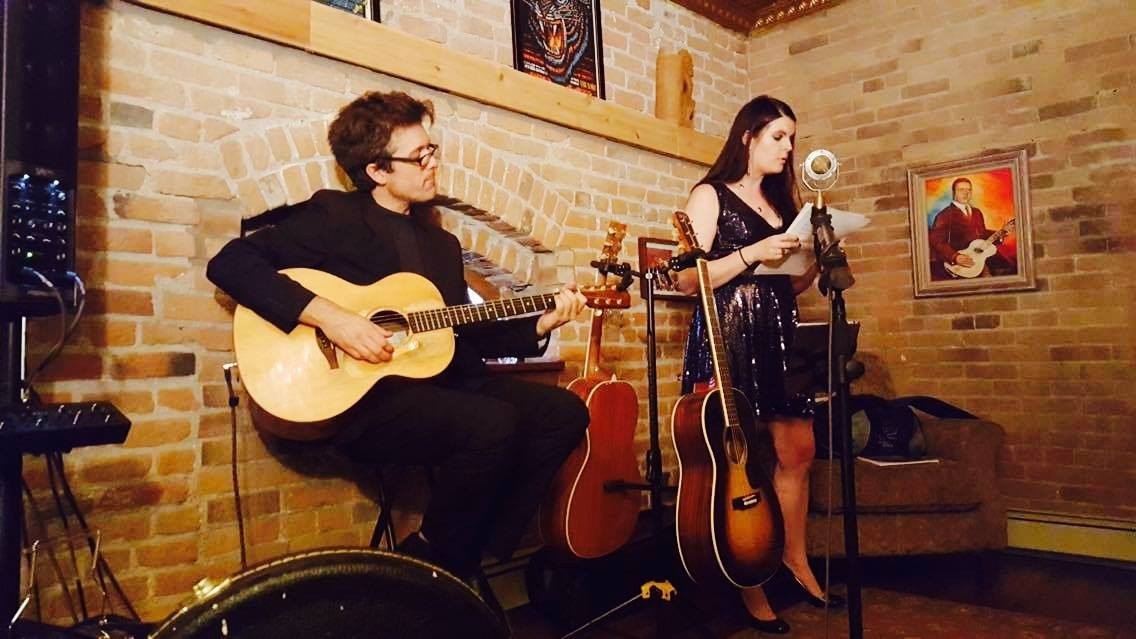