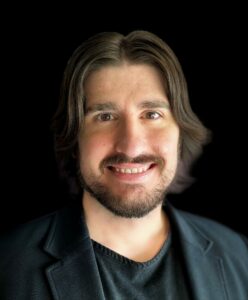 Today we’d like to introduce you to Keith Reynolds.

Alright, so thank you so much for sharing your story and insight with our readers. To kick things off, can you tell us a bit about how you got started?
As a musician, my journey began as a child. My parents put me in piano lessons at age 5, but my love for the drums was realized very soon after that. I started playing the drums at age 12 in the drumline for my middle school and bought my first drum kit when I turned 15 with $75 from the money I got for my birthday. This thing was such a piece of junk haha! If you hit the cymbals too hard, they’d invert.

But hey… you gotta start somewhere, right? I quickly realized I wanted to be a professional musician and started forming and playing in bands from that age. The funniest story I tell people from that time was that I was in a metal band when I was 16 called Ambiguous Fall.

We thought we were so good, but man were we awful haha! That’s how it’s supposed to go though, right? I remember reading a piece of an interview with Dave Grohl (who happens to be one of my biggest inspirations) and he said that you’re supposed to get some crappy instruments from a garage sale or something and play in your garage and just suck and then one day… you’re Nirvana. Anyway… what makes it funny is that the lead singer of that band is now in a pretty popular country band in Nashville and here I am in Utah playing alternative rock.

Never would’ve guessed that! Fast forward to when I was 21, I started playing in a cover band in Roanoke Virginia. One of those bands that play in the local dive bars. Wasn’t my favorite, but it was the first band I was in that performed regularly and we had some good times. Shortly after that, I found my next band called All About Autumn. That was the first band that gave me a taste of the life I wanted.

We toured around Virginia and North Carolina, played at the world-famous Jamin’ Java twice, and got offered a record deal. That band fell apart pretty quickly though, unfortunately. Music got put on hold for a while after that. About 3 years actually. I just couldn’t find the right project, had to straighten up a lot of things in my life, and ended up going on a service mission for my church during that time as well. During this time, I overcame one of my greatest demons which was my addiction to alcohol.

I’m grateful to say that I’m now seven and a half years sober! My life wouldn’t be anywhere near what is now and I wouldn’t have had the experiences I’ve had without overcoming that. When I got back from the service mission I was on, my cousin and I decided to start a new project called Winter Sirens. At that time I was living in Virginia, but I wanted this dream so badly! I decided to pick up and move to Utah to drum for Winter Sirens in January of 2018.

We had a lot of great times with Winter Sirens. We played throughout Utah, were one of the finalists to be selected to play on NBC’s new show The Great American Song Contest, and met a lot of great people. While with Winter Sirens, I was the booking agent, if you will. That put me in the position to meet some amazing people and make some great connections! I learned a lot during that time about how to work with people, talent buyers, and venues.

Experience is definitely one of the best teachers! Unfortunately, Winer Sirens broke up in December of 2021. I still believe that all things happen for a reason though. I’m still chasing my dream of playing music professionally and I’ve got the bassist, Bryson Murdoch, from Winter Sirens still with me. Our new project is still in the infant stages which means searching for new members (if you know anyone interested, send ’em my way!) and trying to figure out a name. Honestly, that’s hands down, the hardest part about being in a band haha!

For the time being, I am an account executive for Briostack selling software, the host of a podcast called Cutting To The Core, and a poor man’s social media influencer, but the dream is still very much alive in my heart. Bands like Third Eye Blind, The Gaslight Anthem, and Foo Fighters are huge inspirations to me and fuel for my journey. What keeps me going is what they’ve done for me.

All of these bands have, in one way or another, helped me through some of the darkest times in my life and on the other hand, made the great times even better. That feeling you get when you find a song that really hits you…or at a concert when you feel totally free, even if just for a few minutes… I want to give that to others.

The best feeling in the world is having someone tell you that something you put your heart and soul into helped them through a hard time. You can’t put a price on that. Paying that forward is worth all the heartache, tears, and pain of the musical journey I’ve been on and the reason I’m still chasing it today. You have to have blind faith, but no false hope.

Can you talk to us a bit about the challenges and lessons you’ve learned along the way? Looking back would you say it’s been easy or smooth in retrospect?
The road has not been anywhere near smooth. I’ve been kicked out of 2 bands and one of them I found out through a Facebook post. Talk about harsh! Winter Sirens, the band I thought was going to go all the way, broke up after 4 years of work leaving me at square one.

Bryson, the bassist who played with me in Winter Sirens, and I had found a couple of guys to form a new group with, and after about 4 months they bailed on us, again leaving us at square one. The music industry is filled with hollow promises and nay-sayers which means a lot of headaches and heartache. I mentioned my alcohol addiction earlier.

That’s a daily battle and something I’ll deal with for the rest of my life. There are of course smooth patches throughout the rocky times, but all of that is to say that there will always be hard times. But to quote the band Never Shout Never: ” The good times make the bad times worth our time”.

Can you tell our readers more about what you do and what you think sets you apart from others?
Right now I work in software sales as an Account Executive for Briostack. As I’m writing this, I’ve only been in this role for about 2 days as I was just promoted! Super stoked about that! I’ve been with Briostack for about 3 months now and it was a total career change coming to a sales role. I spent the last 4 years working as a manager in a call center which ended up being something that wasn’t going to take me where I wanted to be.

It wasn’t an easy decision to make the shift. In fact, it took me about 5-6 months to decide to leave my last job and start sales. I gotta say though… I couldn’t be more glad that I did that! Things have been going so much better for me since that shift. If you’re reading this and are contemplating a career change, here’s a realization I had that may help you. Where you’re at now… it’s probably comfortable.

Maybe the future will be bright..but it could suck. The same thing goes for the new role you’re considering. It could suck… but it could just as easily be amazing! Nothing is guaranteed. Life is too short to sit around wondering what would’ve happened if you’d just tried. What I’m known for is my work ethic, integrity, and loyalty. Something anyone who knows me will tell you is that when I say I’m going to do something, I do it. Always. And I’m loyal to a fault. Some would say that’s the Virgo in me.

I can’t believe I just wrote that haha! If I had to choose just one thing that I’m most proud of, it’s taking the risk to leave my family, friends, and job behind to move to Utah to chase my dream of playing music. Whether that works out or not…my life is significantly better than it would’ve been had I stayed in Virginia. I’m so grateful I made that move.

Risk-taking is a topic that people have widely differing views on – we’d love to hear your thoughts.
I’ve covered this a good bit up to this point I think. But to lay it out again, I’m definitely open to taking risks. Nothing is certain in life. The job you’re at… the relationship you’re in… even your life. As they say, tomorrow isn’t promised. Here’s one risk I took: I recently left a job I was at for the last 4 years for a new job on a completely different career path. It definitely wasn’t an easy decision.

Matter of fact… I thought it over for about 5 months before making the decision to go for it. I was comfortable at my old job. It seemed like the future was bright and I loved what I was doing. What it came down to was my gut feeling. Something was pushing me in the other direction. I made the decision to leave that job and start doing software sales. Wanna know something? I never looked back.

It’s been one of the best decisions I’ve made! I’m so glad I took that risk! Probably the biggest risk I took was leaving Virginia to move to Utah to chase my dream of being a professional musician and playing with Winter Sirens. That band unfortunately broke up and let me tell you… I’m still bummed about it now 7 months later. Here’s the thing though… regardless of how it turned out with that band, my life is lightyears better than it would’ve been had I stayed in Virginia.

I’m still chasing music and one day I’ll have to take the risk of quitting my job and supporting myself off of that. One day I just realized that I’d rather fail then spend the rest of my life wondering what would’ve happened if I had just tried. Dave Grohl, one of my biggest inspirations, is from a little town in Virginia just like me. If he can do it, I can too, right? I can live with failure as long as I give it my best. I can’t life with wondering. 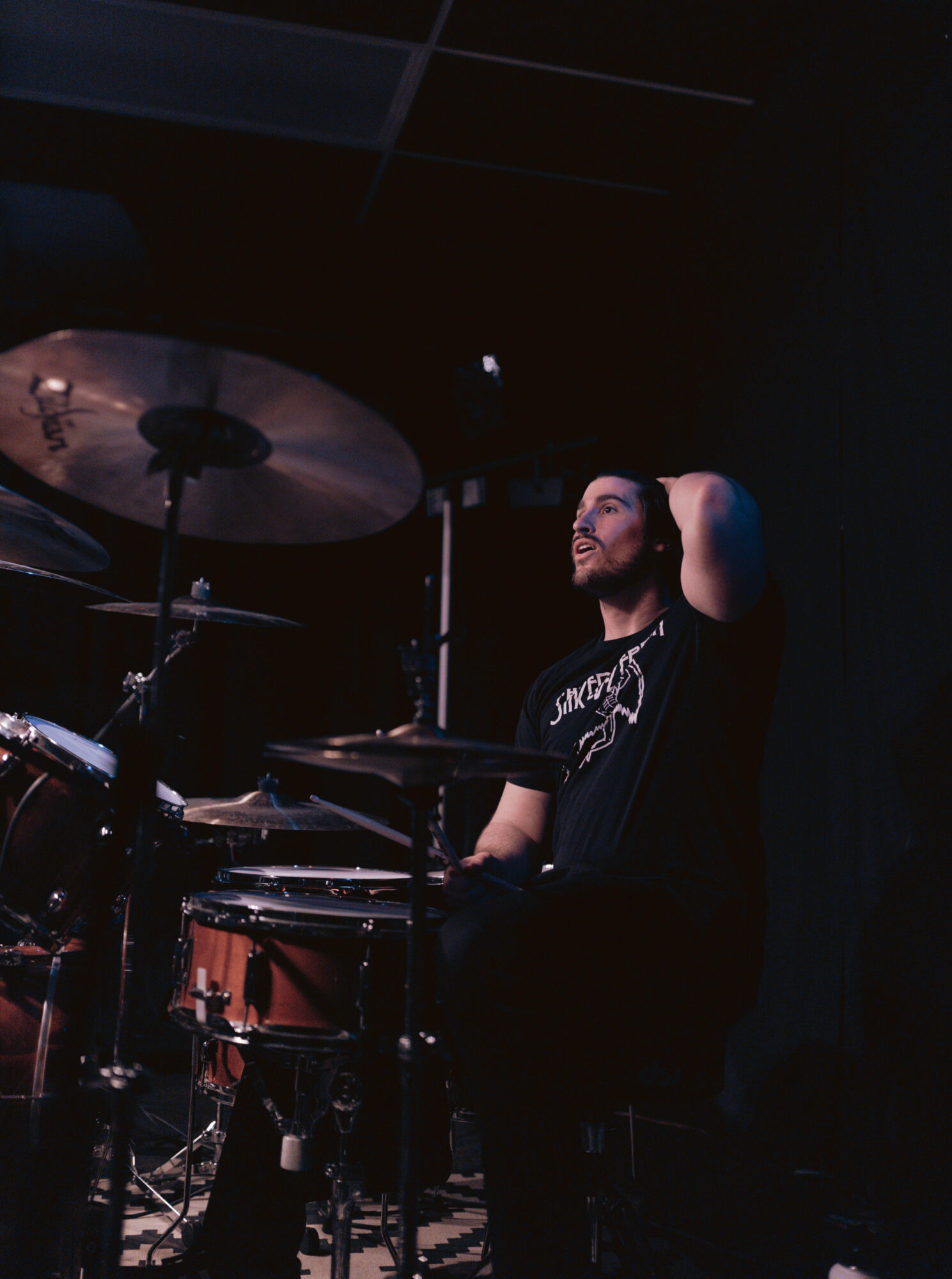 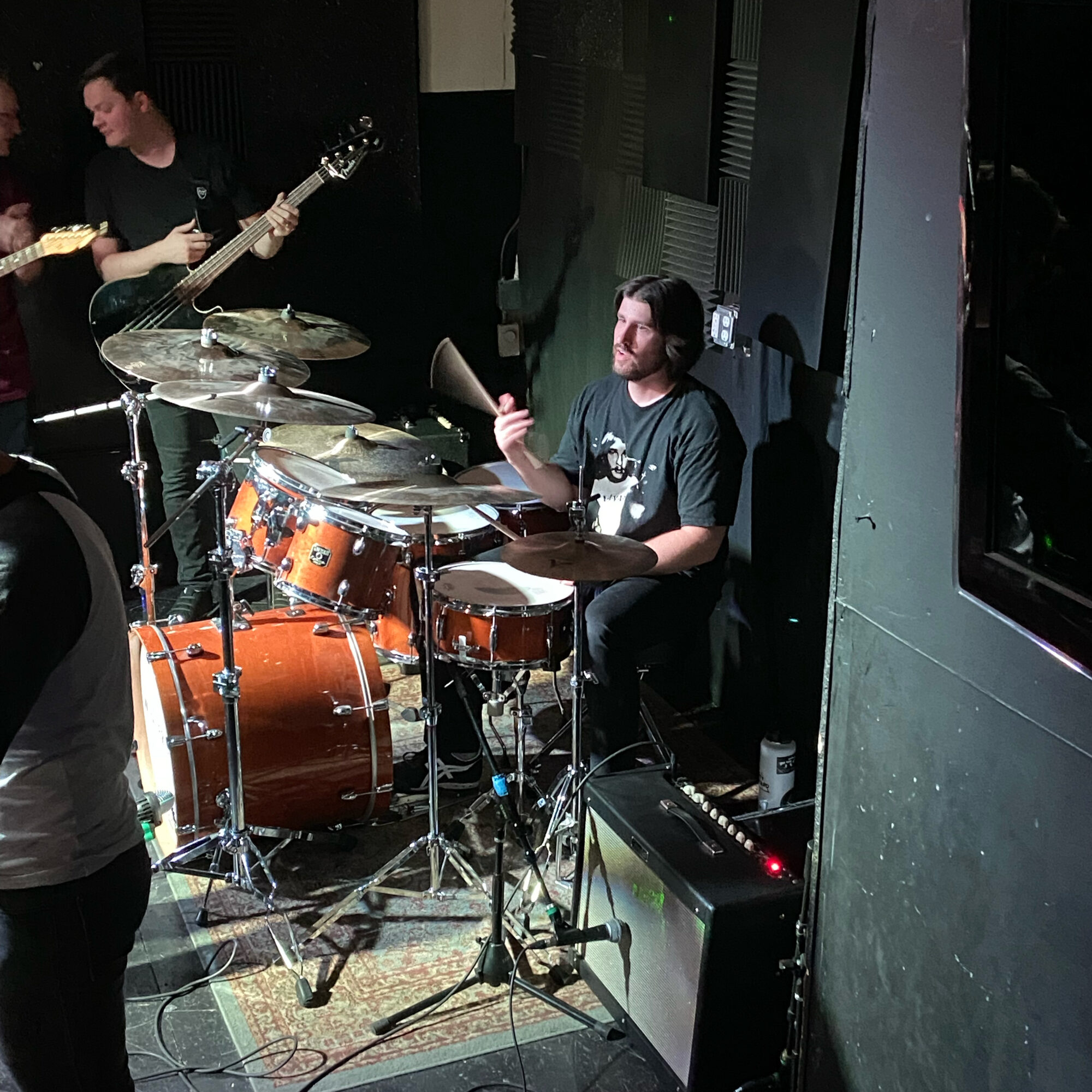