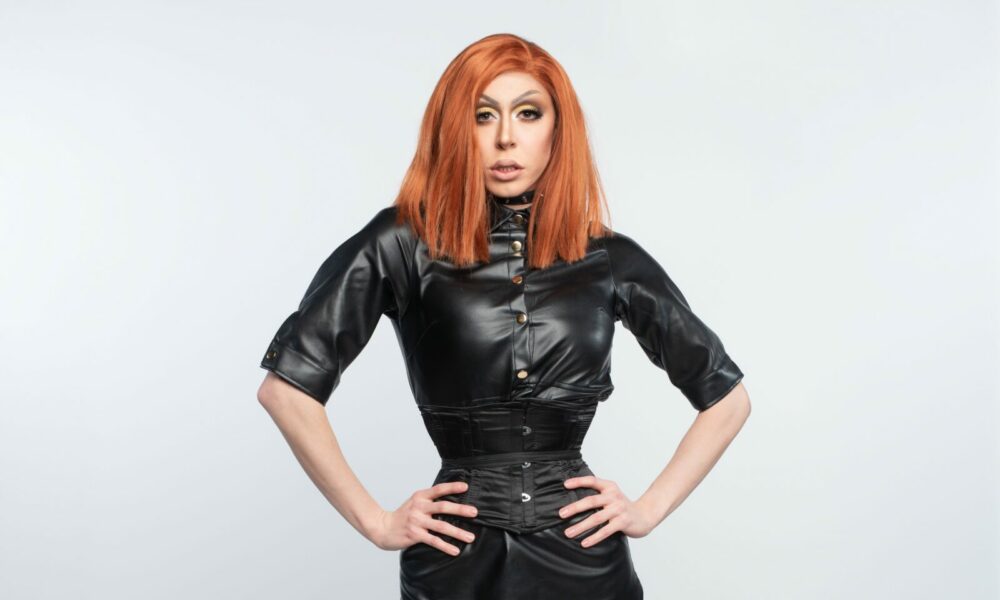 Today we’d like to introduce you to Poison Grace.

Hi Poison, so excited to have you on the platform. So before we get into questions about your work-life, maybe you can bring our readers up to speed on your story and how you got to where you are today.
The path to get to where I am today has been extremely difficult. It was not always sunshine and rainbows. My journey to drag starts with almost dying. I grew up very religious as a member of the Church of Jesus Christ of Latter Day Saints (or Mormon). After serving a full two-year mission in Poland, I basically had to come out for a second time. I had come out before my mission and afterward had to tell my parents that I was now dating men. They were not very open or receptive to me being gay.

The lack of support from my family caused me to seek out numbness through partying and substances. I eventually woke up in the Intensive care unit due to an accidental overdose. That’s where this story begins, that was a big wake-up call for me. I could finally allow myself to feel the pain of everything I had been going through and realize the path I was on was not where I wanted to be. I was in a miserable job, I had a poor relationship with my family and I wanted a change.

So I went back to what I knew, what I’d done since I was in fifth grade. Entertain people. It was in this headspace I got my first performance gig. I joined a show in SLC, being so new to drag I didn’t know much about makeup, but this community took me in, showed me how to do my makeup, wiped my tears, and sent me off to Slay the House down! I learned a lot from the other performers, makeup, and drag history, but due to conflict with the owner, I soon quit that show once Covid happened.

I didn’t perform much during 2020-2021 I had one positive during that time, I released my first song, Trauma Pancakes which fueled my passion till things started to fully open up again and I started performing again. Through a series of unfortunate events I lost my job, lost my apartment and a couple of months later my car engine blew… within 3 months I lost almost everything I had.

After not being treated so kindly for being gay by my previous employer I decided I wanted to put my time and talents into building the community here in SLC. I started a new job working at a Queer friendly bar called “Why Kiki“. During my time there I rose from bar back dishwasher to head chef in a week. It was a lot of work but it put me in a place where I was able to start getting people together.

That was when Craig Sorensen came through the doors and I told him about my business idea!

Can you talk to us a bit about the challenges and lessons you’ve learned along the way? Looking back would you say it’s been easy or smooth in retrospect?
Oh no, sweetie, the road to becoming a drag queen is bumpier than my prepubescent skin was.

I realized I was very unhappy and didn’t want my OD to affect or define me in a negative way. It helped me open up and be very honest about the pain I was feeling, and I found that expressing myself through song and performance was very healing and therapeutic. Becoming a performer is what ultimately helped me drop some bad habits, love myself and grow as a human being.
There are still many things that I struggle with such as an eating disorder, depression, anxiety, and some other things. Performing and sharing my story is my way to give back to the community, being the person someone can talk to if they are struggling or going through hard times.
I believe that we as humans are much like an Aspen tree Forrest, we are all connected and the pain I see in others also affects and hurts me, and if I can help them by sharing my story and what I’ve been through and offer a light at the end of the tunnel that is my mission.

Thanks – so what else should our readers know about your work and what you’re currently focused on?
I’m a dancer. My name is literally a pun on Poise and Grace, get it? Poison Grace! I’m known for my crazy stunts on stage, I can pole dance, flow on a Lyra hoop, and my most iconic and recognizable talent is my chair dance.

Most people who have seen me perform have seen some of my tricks like a handstand on a chair, flipping it around and doing a headstand on the legs, or my iconic “ Scorpion” move which involves some contortion and I usually tower over everyone in my 10 in heels. I’m also known for the company I started with Craig, Equinox Entertainment, which gave birth to a fun variety show with pole artists, drag queens, live singers, comedians, and me shoving a 9 in polish sausage down my throat on stage!

I also am known for my two singles “ Trauma Pancakes” and my new release for pride this year “Batter Up (Boy Toy)“ I love music and have always wanted to perform to my own music. I absolutely love the people I’ve been able to work with within the music industry. I would also say my resume is quite extensive, I was in a movie with Mark Wahlberg, “ Joe Bell “ while in drag, and I got three whole takes to flirt with him though it didn’t make the final cut.

I also performed at the love loud festival a couple of years back, and I’ve been lucky to perform with many drag superstars, my favorite of which is Adore Delano. I have been able to host her show twice in SLC. Others that I love would be Jaida Essence Hall, Willam, Raja, and Vanessa Van Cartier

Can you talk to us a bit about the role of luck?
Luck is everything, I’m the luckiest person I know, I won an iPod for 3 dollars, I’ve won close to 7-8 radio contests, and I’m lucky to be alive. Luck has brought the right people at the right time to help me build this show.

This led us to be some of the only local talents to be booked by the Pride Festival, for a company that’s been doing this for under a year was some sweet validation and pretty lucky! 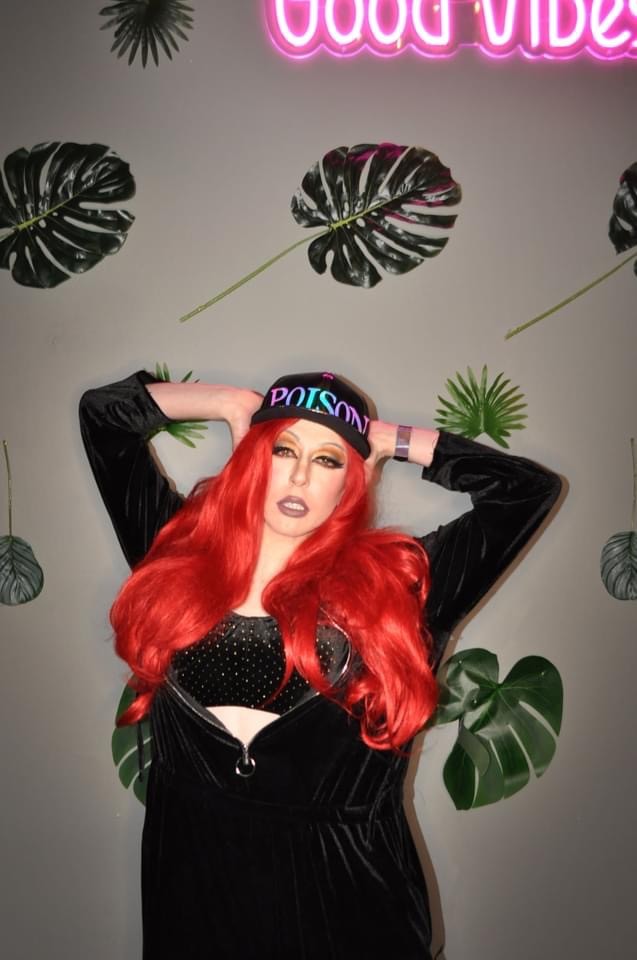 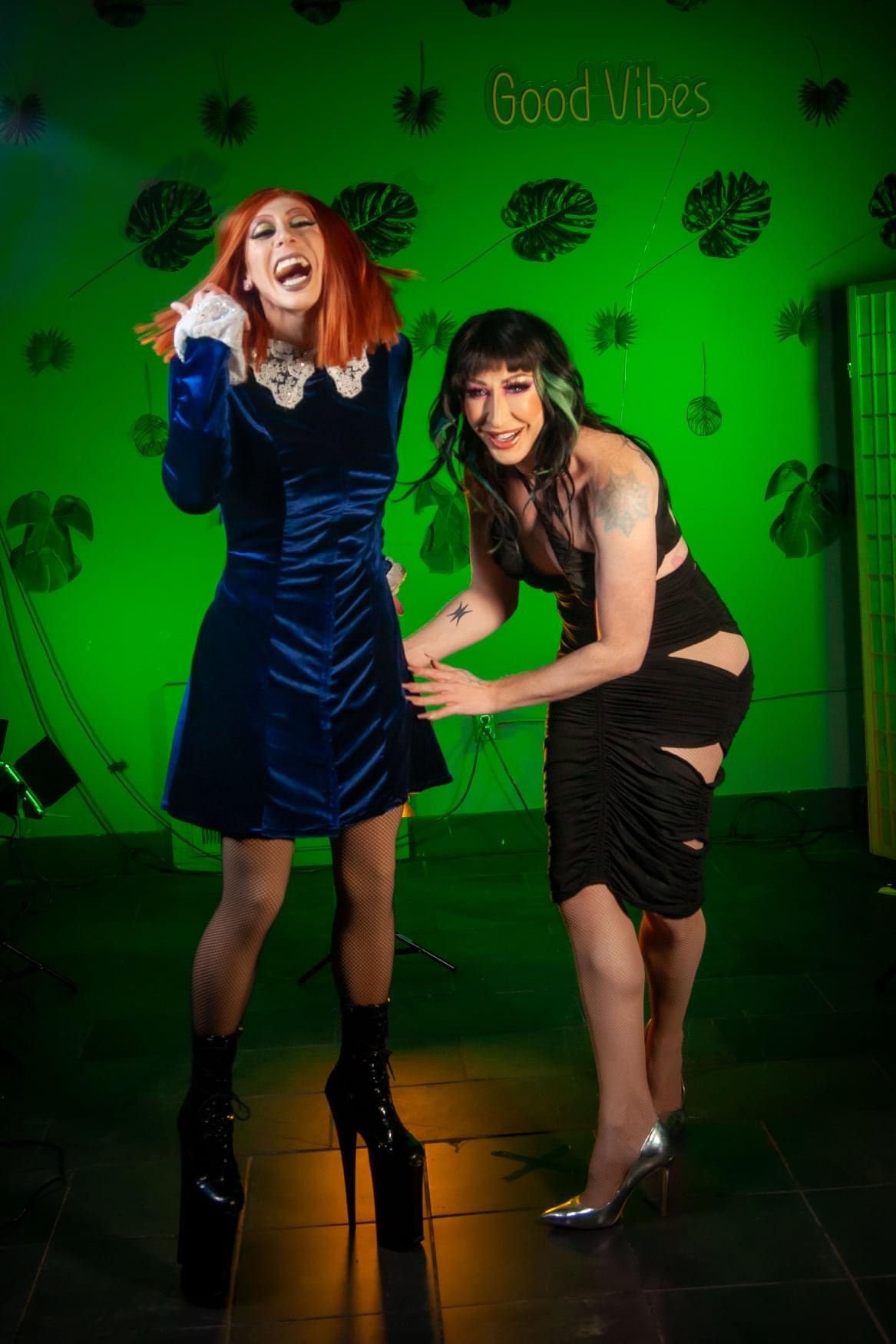 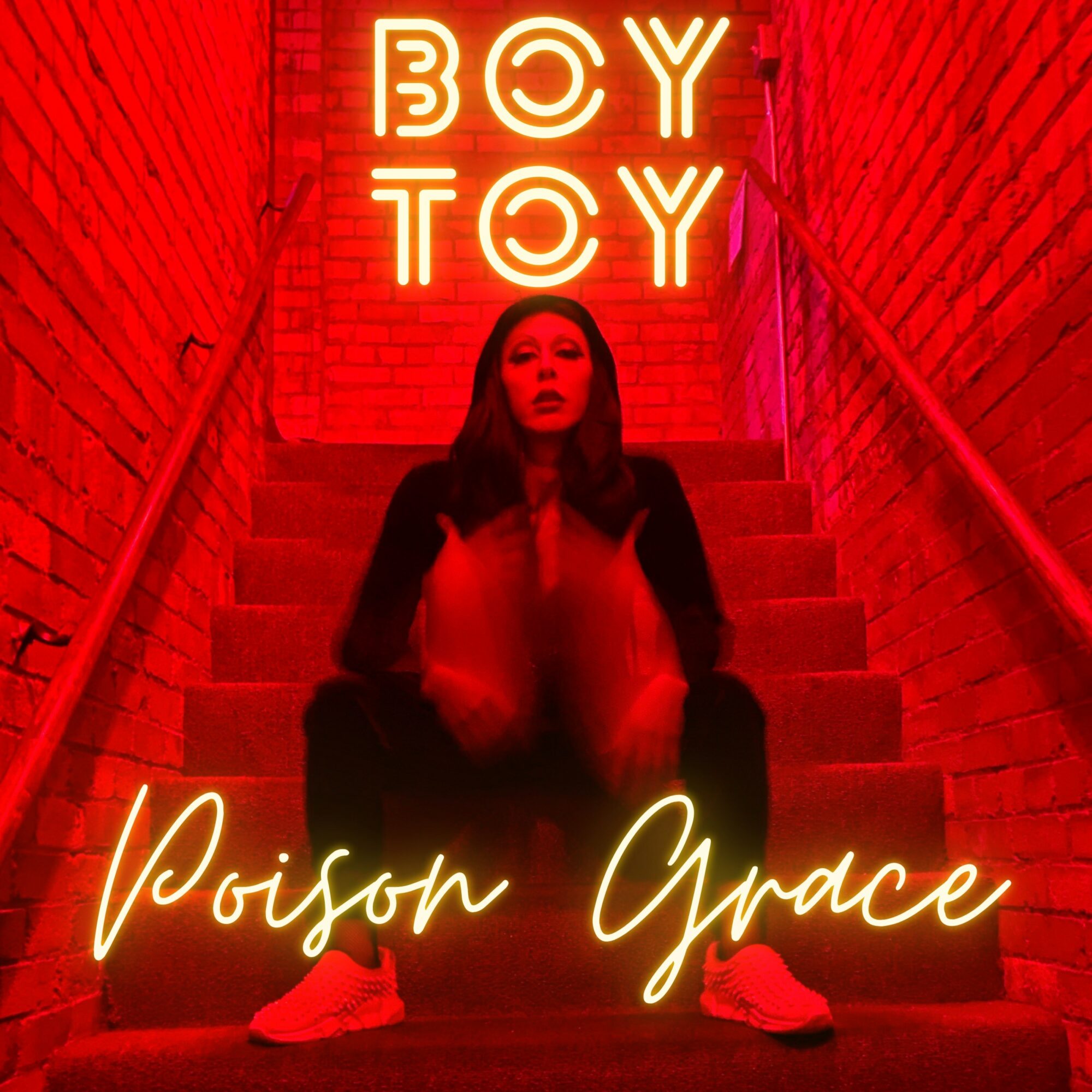 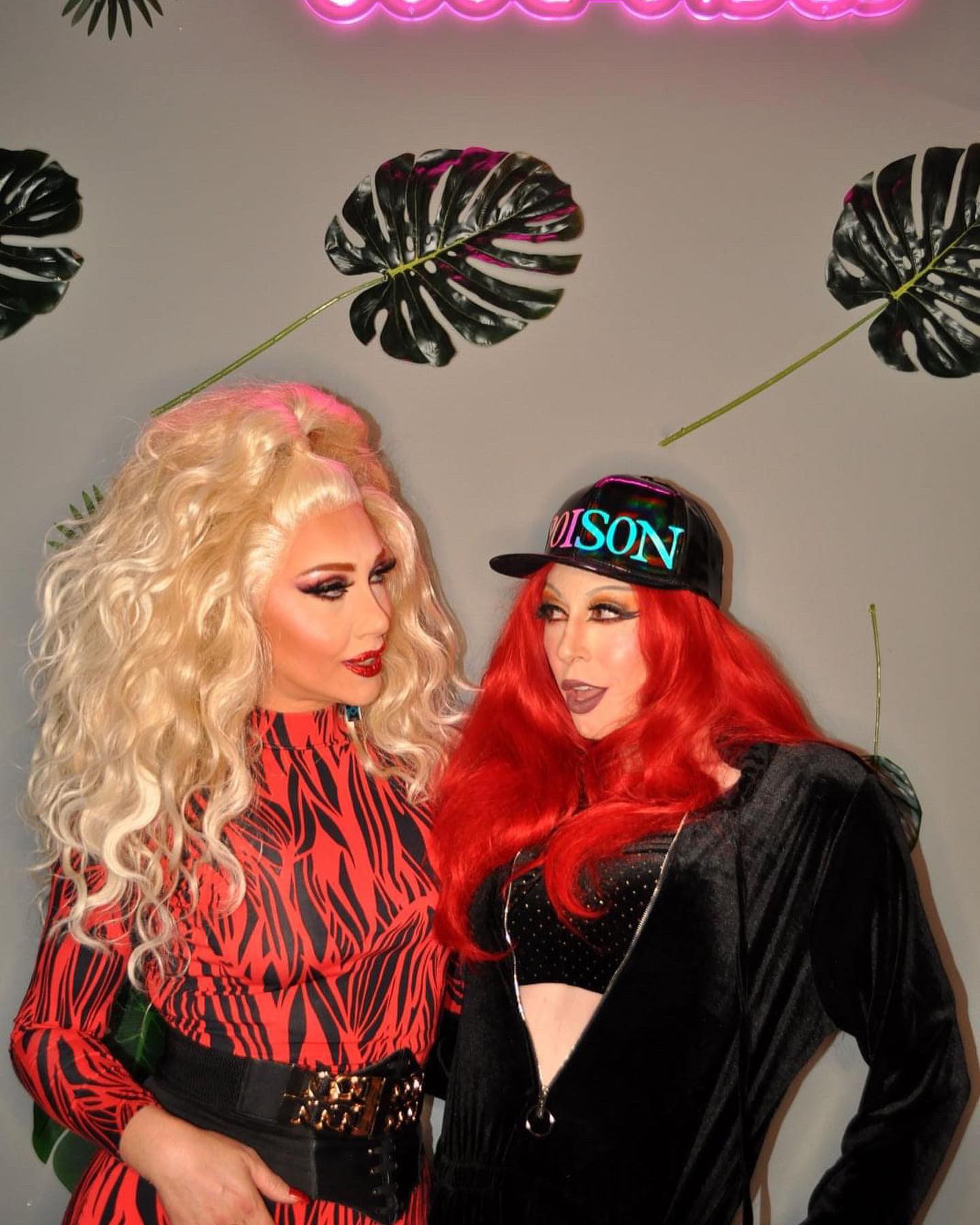 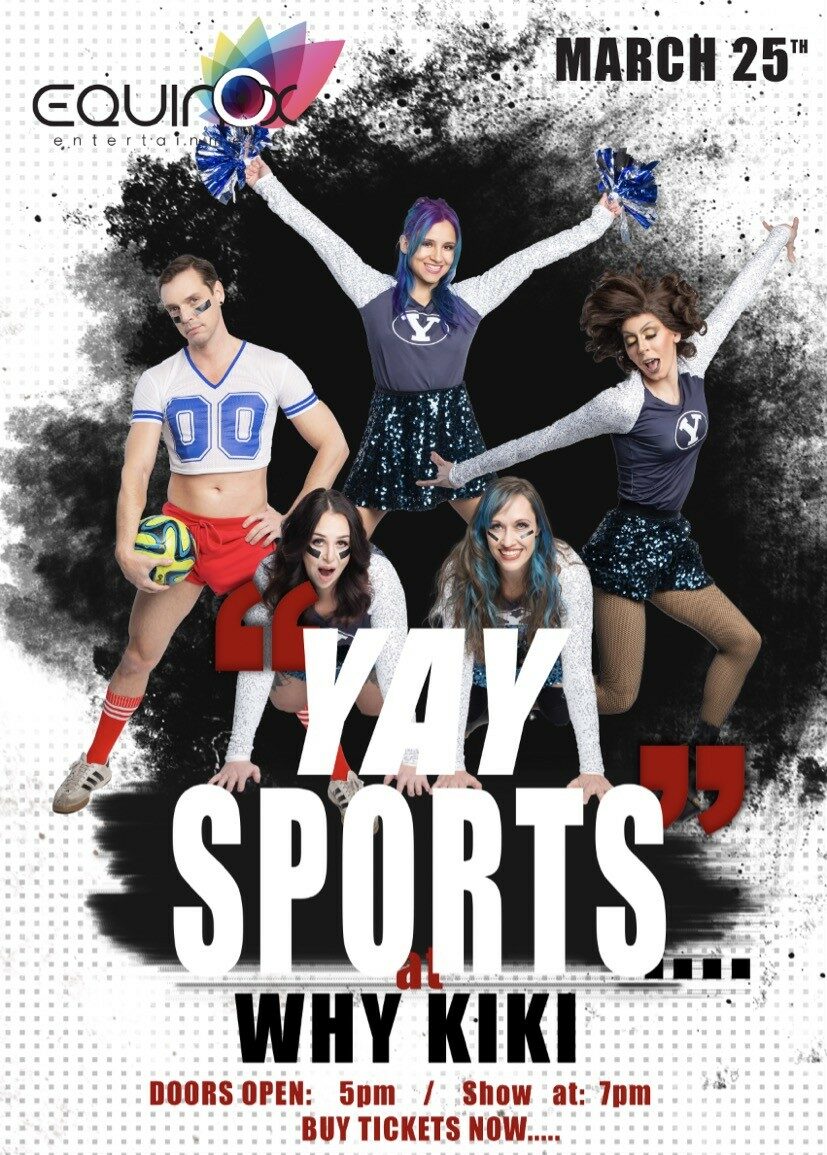 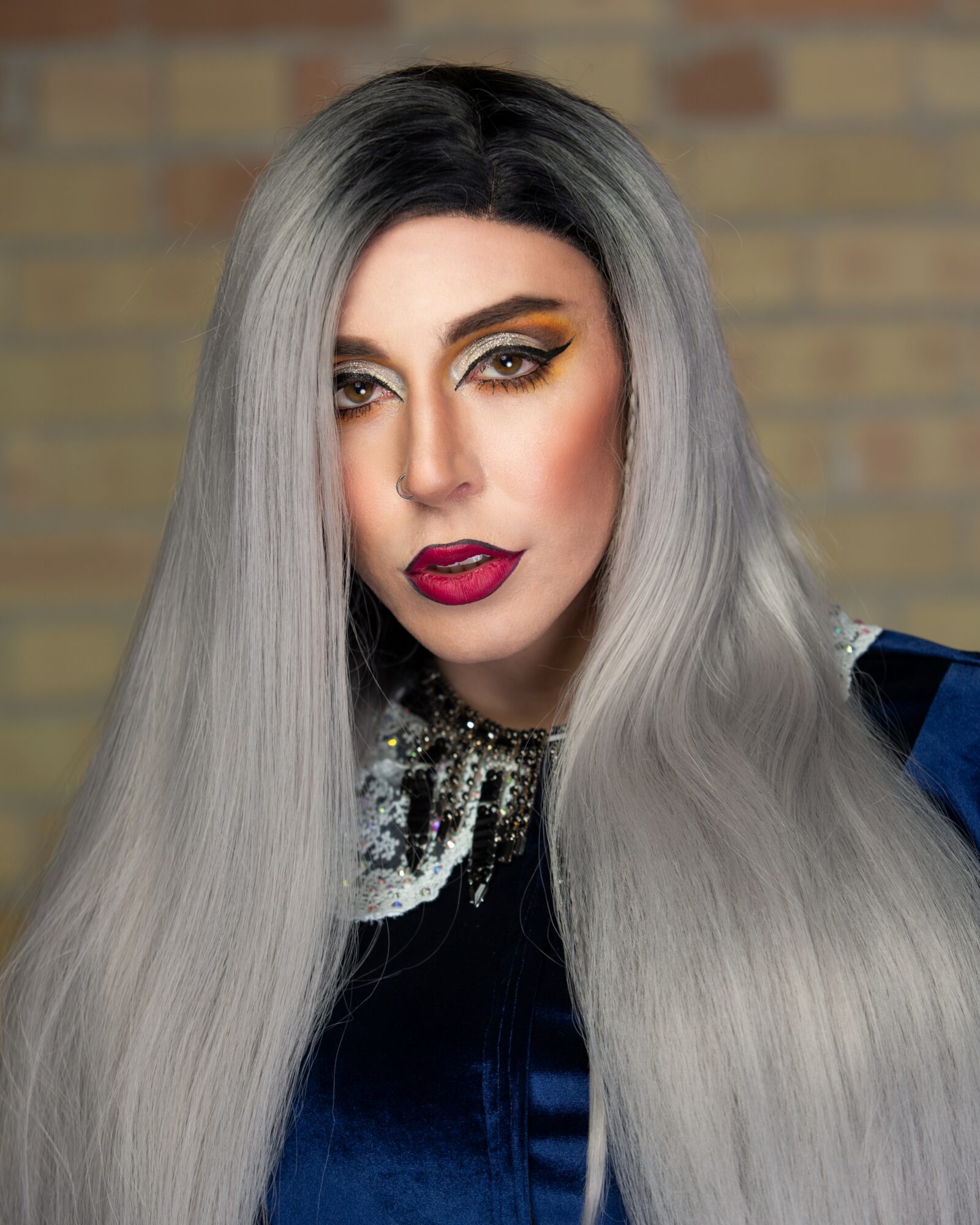 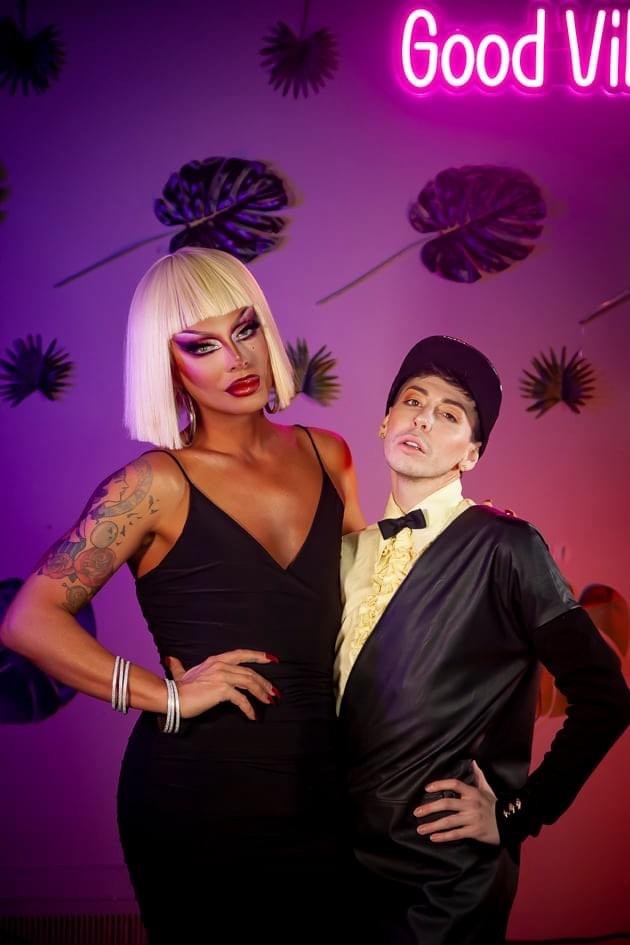