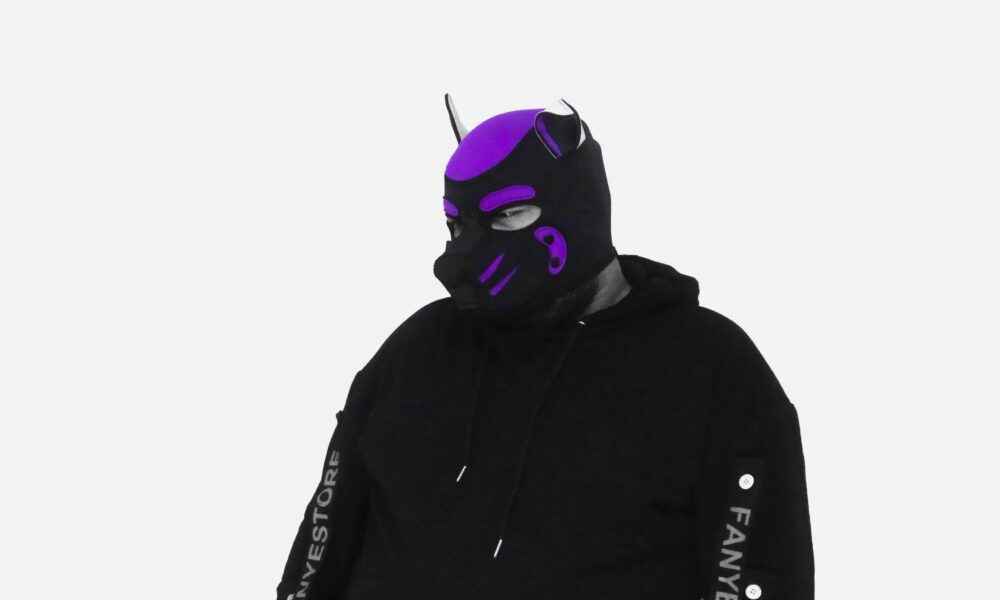 Hi HVXLII, it’s an honor to have you on the platform. Thanks for taking the time to share your story with us – to start maybe you can share some of your backstories with our readers.
I’ve always been a performer at heart and when I was little I would put on “shows” for my family in their living rooms and would have my mom hang up our Christmas lights around the room so I felt like I was on a stage surrounded by fancy colored lights of a real stage… which is like… so cheesy looking back, but also like cute and fun.

Eventually, when the glamor of that wore off I joined the Children’s Dance Theatre, now Tanner Dance, up at the University of Utah which gave me my first real experience as a performer on a big stage (hi Capitol Theater, I miss you I’m so sorry that other downtown theater did you like that, you deserve better babe).

After that I was hooked and I went on to do summer camps at Hale Center Theatre and eventually landed in Salt Lake High School for the Performing Arts where I transitioned from Theater and Dance to Music. A switch that came from the realization that I could be writing the music AND performing it.

From there the sky was the limit in my mind and I quickly began to ask my parents to find me, someone, to teach me how to properly write music and, in particular, program synths.

They somehow managed to find an incredible guy named Steve Auerbach who graciously offered to teach me just that and after a few lessons, he floated this idea he had to me and my family about a music program similar to another program he worked for (I won’t name names but it has documentary and a popular movie named after it) where kids and teens would bring songs in that they wanted to learn and as a band would learn them, make a set list, and then go on to put on shows in the community.

He called it MusicGarage and I had the honor of becoming the first kid to join and spent my high school years meeting amazing fellow musicians, working with incredible mentors and coaches, and playing festivals that I never imagined I’d play.

All through this I learned about song structures, and how to be in a band (which ended up serving me very well when I was a part of the local band The Departure), and pushed me to learn more about music production and audio engineering. Shout out to him and the program by the way! It’s still going, they have a beautiful space in Sugarhouse, and even though it’s now known as SLAM – Salt Lake Academy of Music the heart of the program is still the same.

Pushing past high school, I studied at Broadview Entertainment Arts University (RIP) and then spent a very short period with Berklee College of Music as an online student before deciding that schooling in the typical sense just wasn’t for me.

So I set out to learn on my own in the way that makes the most sense to me –watching others and then diving in and doing it myself. I spent the next seven years learning how to replicate sounds, continually refining my songwriting and producing, networking and collaborating with musicians around the world, and working to make the dream work so to speak.

It’s been a long journey but without it and more importantly, the people who pushed and believed in me in it, I wouldn’t have two 1 million+ stream songs, an appearance on an official Grammy Ballot, and an invitation to a songwriting camp hosted by Ari Herstand (of Ari’s Take) and Danny Ross where I was able to meet a new family of insanely talented songwriters and learn from some the best in the industry.

Not too bad for someone who has virtually no following, if I do say so myself.

I’m sure you wouldn’t say it’s been obstacle free, but so far would you say the journey has been a fairly smooth road?
Despite being one of the most fun and liberating industries you can go into, the arts is literally full of challenges — both societal and personal. You’ve got your typical naysayers, you know the “Oh, that’s not a REAL job,” people and the financial struggles of leaving a typical 9 to 5 job to be a full-time creative to name a few.

But there are also ones people might not normally think of like the stressors of being an independent artist and largely acting as your own manager, booking agent, marketing team, photographer/graphic designer, and wearing any other hats that you need to in order to get the job done.

There’s also the danger and pressure of comparing yourself to others both in real life and on social media which can deal real psychic damage and make you question your life choices as an artist and a human being.

There are dozens more but I’ve got two that really takes the cake for me. The first is being in an industry that thrives on being visible and accessible while being a very introverted person with generalized anxiety disorder and major depressive disorder. It’s an unfortunate mix and one that’s especially fun during shows, but I’m continually learning how to bend the rules to work in my favor, like hiding my face and using an actual facade and persona for example, or networking virtually instead of in person.

The second is the struggle to stay active and present on social media without turning into a full-time content creator. Nothing against content creators at all, I love my YouTubers and TikTokers to death, but as a musician and songwriter, it’s very hard to feed the insatiable algorithms while still finding the time needed to make the songs that I’m proud of.

I know I sound very “Aaahhhh technology is bad!” right now, but that’s not really it. It’s more of struggling to walk the fine lines of building a following and maintaining a healthy balance between work, art, and home life.

Thanks for sharing that. So, maybe next you can tell us a bit more about your work?
These days I’m probably most known for my work in trance music under the name OSITO but my real passion is actually pop music which is what I spend most of my time making.

I’d say that’s really my specialty, songs with massive larger-than-life vocals that really get stuck in your head for a few hours… or days. If I can write something that I can’t even stop listening to then I know I’ve made something I’m really proud of, which isn’t always the song that hits that 1 million stream mark.

That being said, I am becoming more known for more genre-blurred writing and producing I’m getting into more with my newer works. It’s a style that I haven’t really known how to describe other than electronic, but it’s really resonating with me and the people who have heard it.

Not to self-promo but look up Teardrop by OSITO if you’re curious, then jump to Paradise by HVXLII. But I’d say all that mixed with my visual aesthetic are what’s setting me apart from a lot of people these days.

Any big plans?
Moving forward I’m definitely planning on my pushing my boundaries, particularly in the world of live performances. First, I’m working on expanding and enhancing my live shows with the insanely cool MiMU Gloves to include real-time, audio-reactive visuals. It’s a big task and I don’t know if I’ll be able to do it, but that’s the end goal.

You may also be wondering what a MiMU glove is. Well, it’s a glove (or pair of gloves) invented by Imogen Heap that allows me to control anything I can possibly think of using the position and shape of my hands in space.

I know that sounds really vague but it’s really hard to explain exactly what they do in the text without getting into the technical side of things so bear with me, but they use flex sensors in the fingers and IMUs (inertial measurement units) to detect the shape and position of the hand (or hands in my case) and sends it via WiFi to a piece of software called Glover that uses machine learning, and a set of “if this, then that” style instructions to tell my other pieces of software what to do.

Sorry if I lost there, just know they’re really really cool. For a much easier-to-understand demonstration check out my three pinned videos on my Instagram (@hvxlii) and/or look up “How Imogen Heap Makes Music with Mi.Mu Gloves” on YouTube.

I’m also working on becoming a DJ so I can explore my love of EDM more and bring more music to more people around the valley. 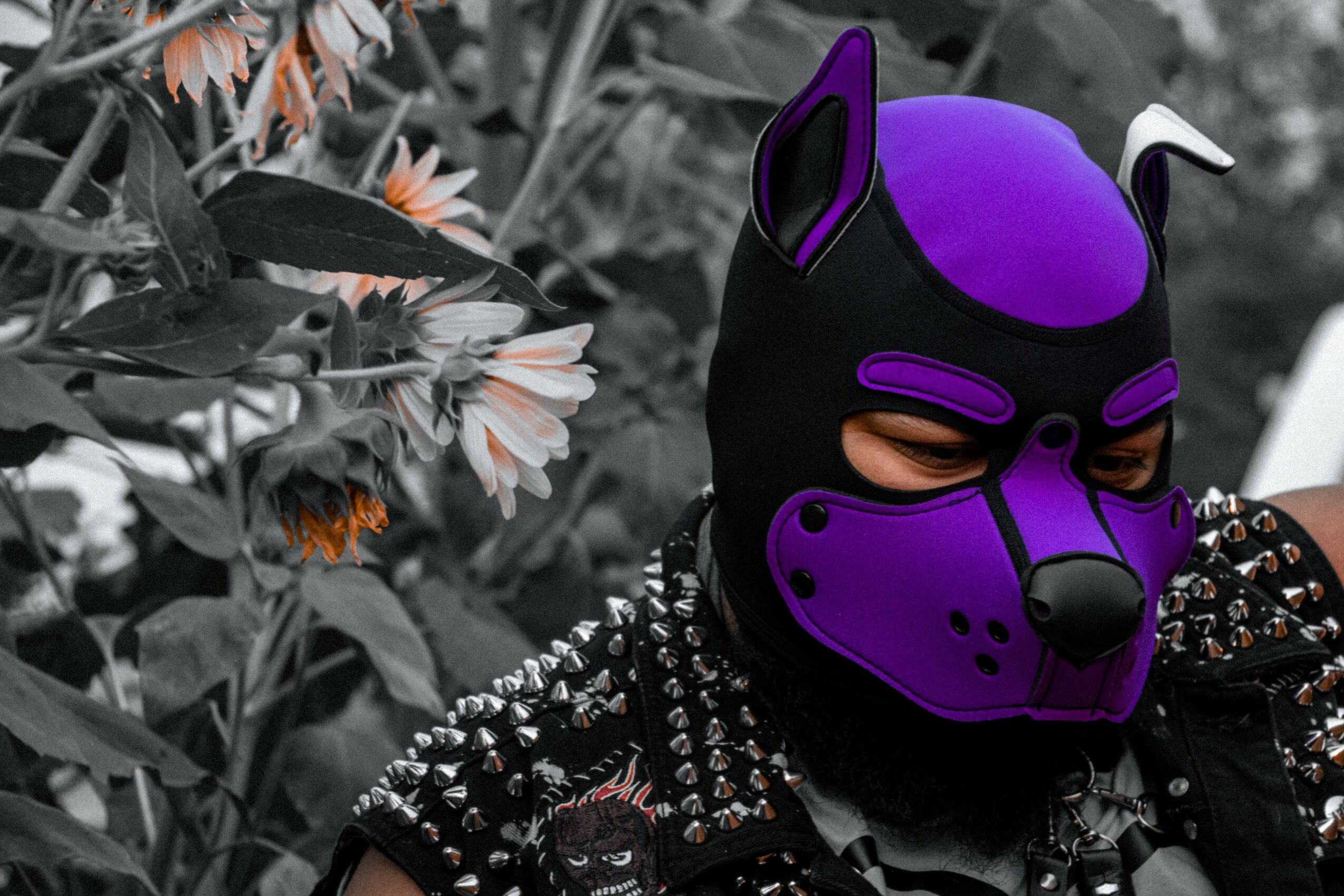 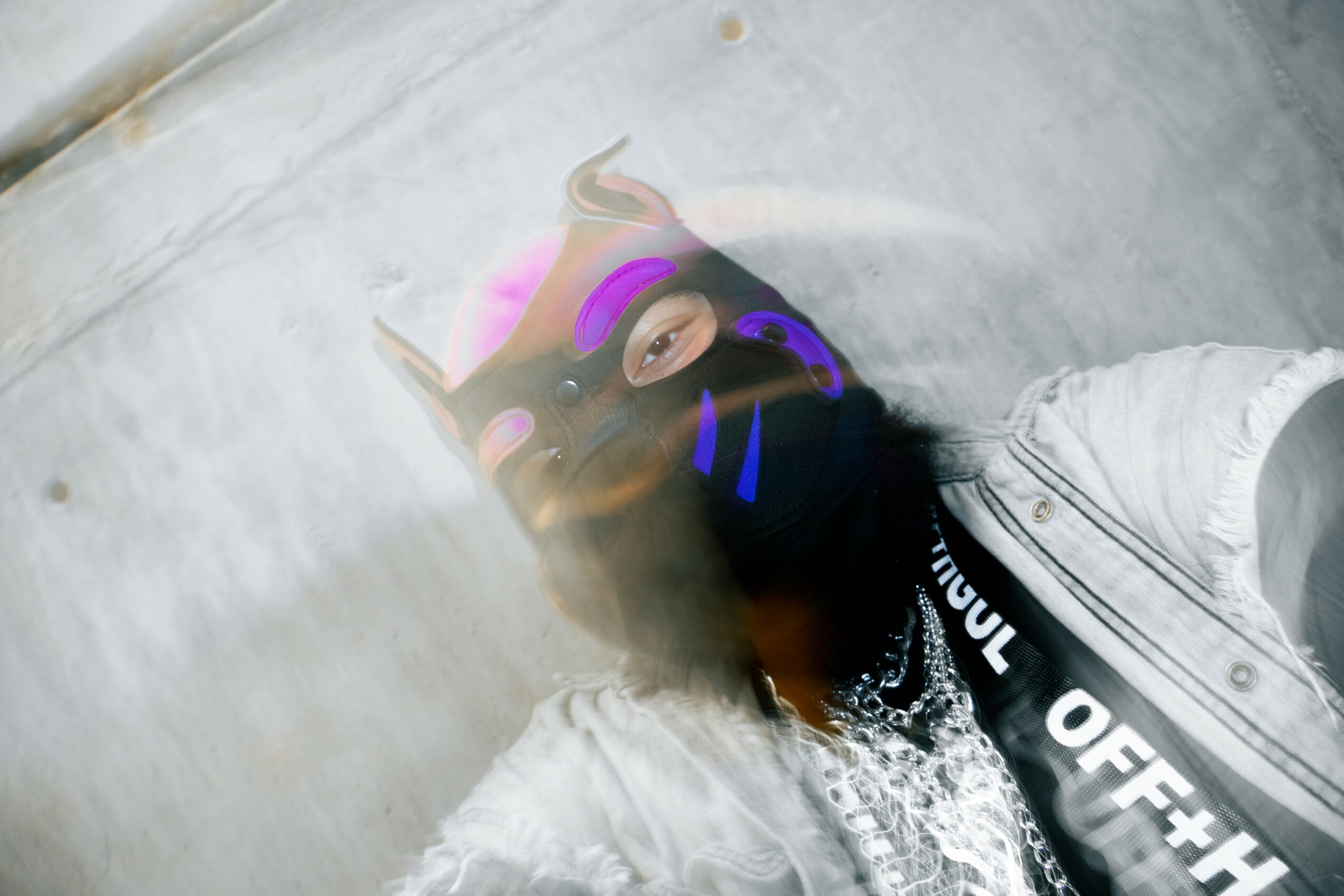 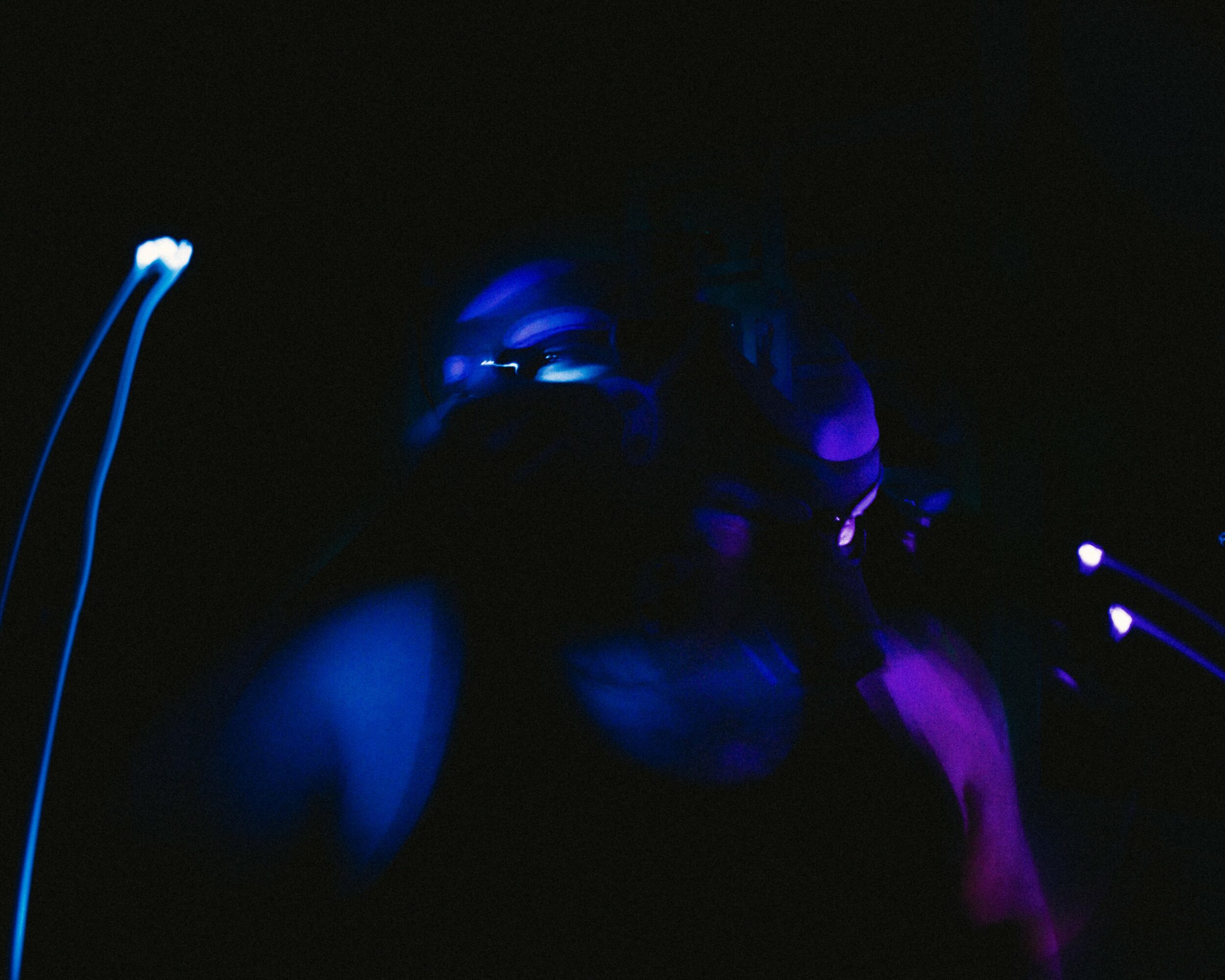 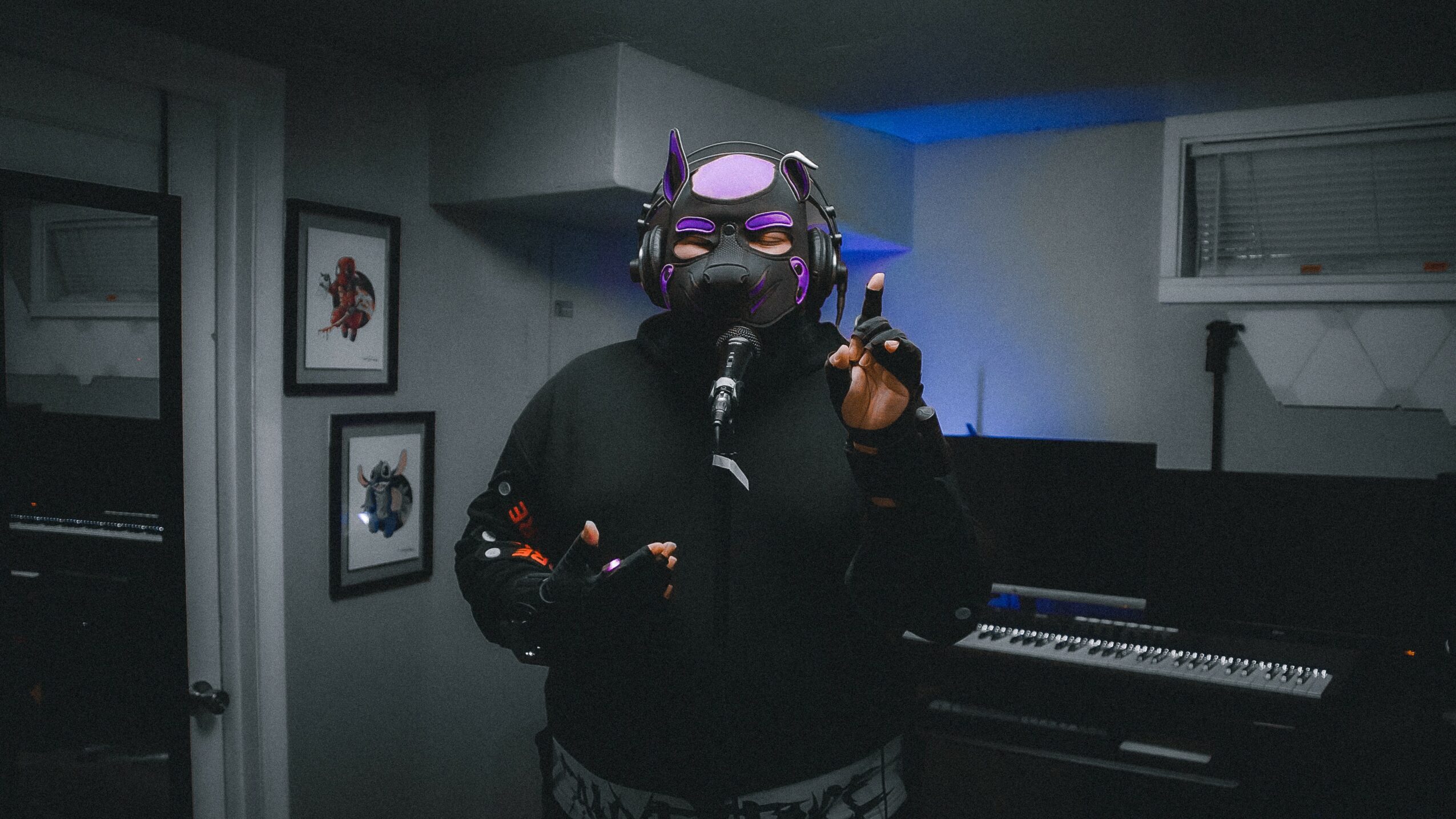 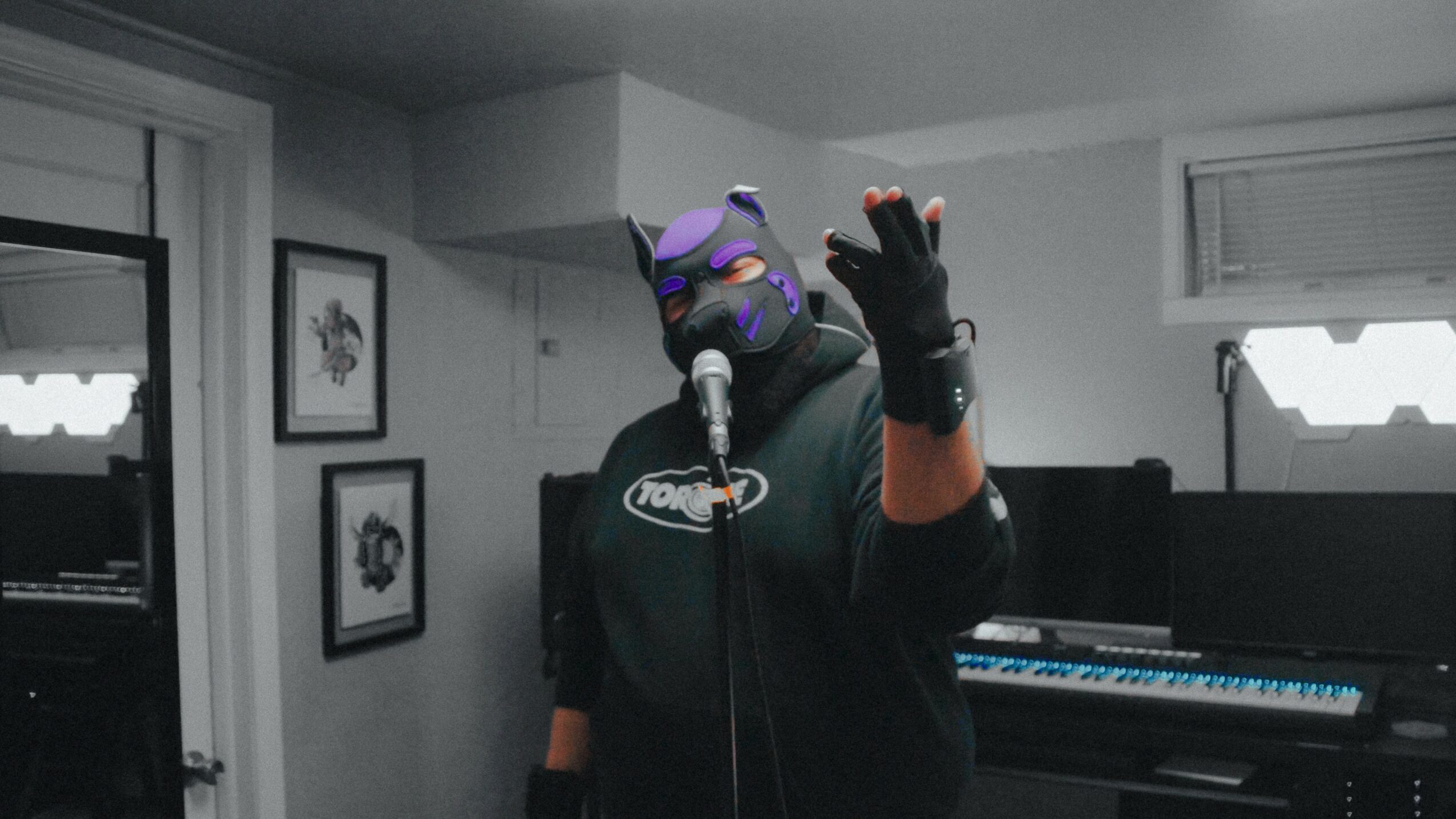