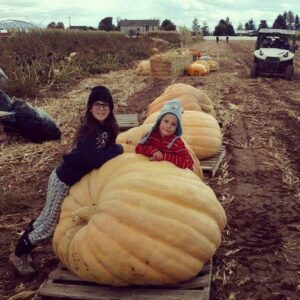 Today we’d like to introduce you to Jim Seamons.

Alright, so thank you so much for sharing your story and insight with our readers. To kick things off, can you tell us a bit about how you got started?
Most of what I do get started with wanting to grow a Giant Pumpkin.

I had a friend in the community that was growing and competing with other individuals at his work who helped get me to get motivated to grow.

I learned about the genetics that plays a major role in the growth of a pumpkin. You grow one plant per pumpkin, I have room to grow so I tried growing several.

In one of my first successful years, I grew several giants ranging from 400 pounds to 1,000 pounds. That year is Kinda how Cache Valley Giant Pumpkins started. I had a professional carver call and wanted to buy a pumpkin for a company party. They had hired him to carve for a centerpiece during the party. A few days later he called and wanted another. Over the next few years, I grew more pumpkins, and he carved them.

We started attracting attention from other carvers, and companies wanting to do fall parties and some large-scale events. I also heard about pumpkins being grown in molds that are the shape of Frankenstein’s Monster. After a lot of research, I found a company in China and purchased a few molds. Bolt two pieces of plastic together on a pumpkin and have a Frankenstein pumpkin head? Not an easy thing to do, a lot of pumpkins fail due to rot or stopped growth. There was a learning curve to it.

Each year we have purchased more molds and increased what we can produce. We are learning constantly new tricks and ways to improve. In 2021, I had videos go viral which boosted our sales. We were able to ship via UPS Frank in a box. Our pumpkins have gone from Utah to Maine, up and down the east coast, mid-west, and West Coast with a bulk of them going to Texas along with a few giants to a large event Pumpkin Nights.

I’ve worked closely with my supplier to boost his sales as well he’s coming out with a smaller version of the Frankenstein and a Vampire mold for 2022. We’re already starting production with orders coming in. Most of my background is in Farming, after college I took over the family dairy farm. After more than 20 years of managing the business, I shut it down to pursue Cash crops.

My pumpkins started as a hobby and are quickly growing each year as we find new markets. If you ask why I’ll tell you it’s fun. It’s different and pumpkins tend to bring out the best in people. We’re constantly trying new things, looking for new hard-to-grow items that will attract crowds for the events we supply.

We all face challenges, but looking back would you describe it as a relatively smooth road?
Mother nature is a big challenge. We are based out of Cache Valley. Pumpkins are a warm weather crop.

Especially Giants. We battle a slow warm-up of the soil, oftentimes a late spring frost and an early fall frost. Summers can be extremely hot and dry. Pumpkins like humidity and consistent temps. The molded pumpkins can often times overheat causing damage.

The pandemic also shut everything down because most of what we were doing was events but since then things are starting to open up with more opportunities.

Alright, so let’s switch gears a bit and talk business. What should we know about your work?
I studied business at Utah State. I took over the family dairy farm, expanded and built it up. Retired from dairy farming in 2019 and repositioned me to pursue the pumpkins.

I do a family-friendly pick-your-own patch that has gained popularity along with Giants ranging from 400 pounds to my personal best of 1,870 pounds. I do have individuals that buy them, but most go to companies and events. The heads are gaining the most popularity.

They are going anywhere there can be a fall display whether it be homes or offices.

What do you like best about our city? What do you like least?
I grew up where I live, I’m centered in the middle of the valley which makes it an easy drive to nearby towns. My biggest complaint would be the mosquitos. We set along the Bear River with a lot of wetlands below our house. 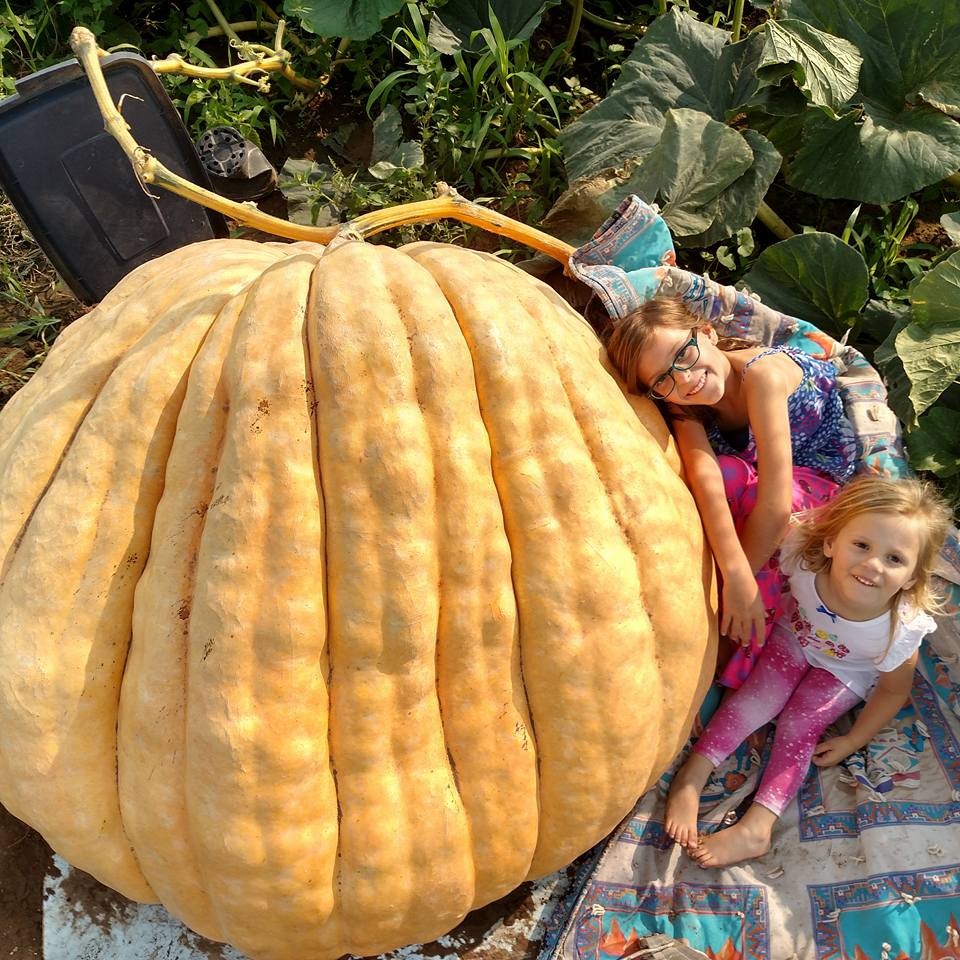 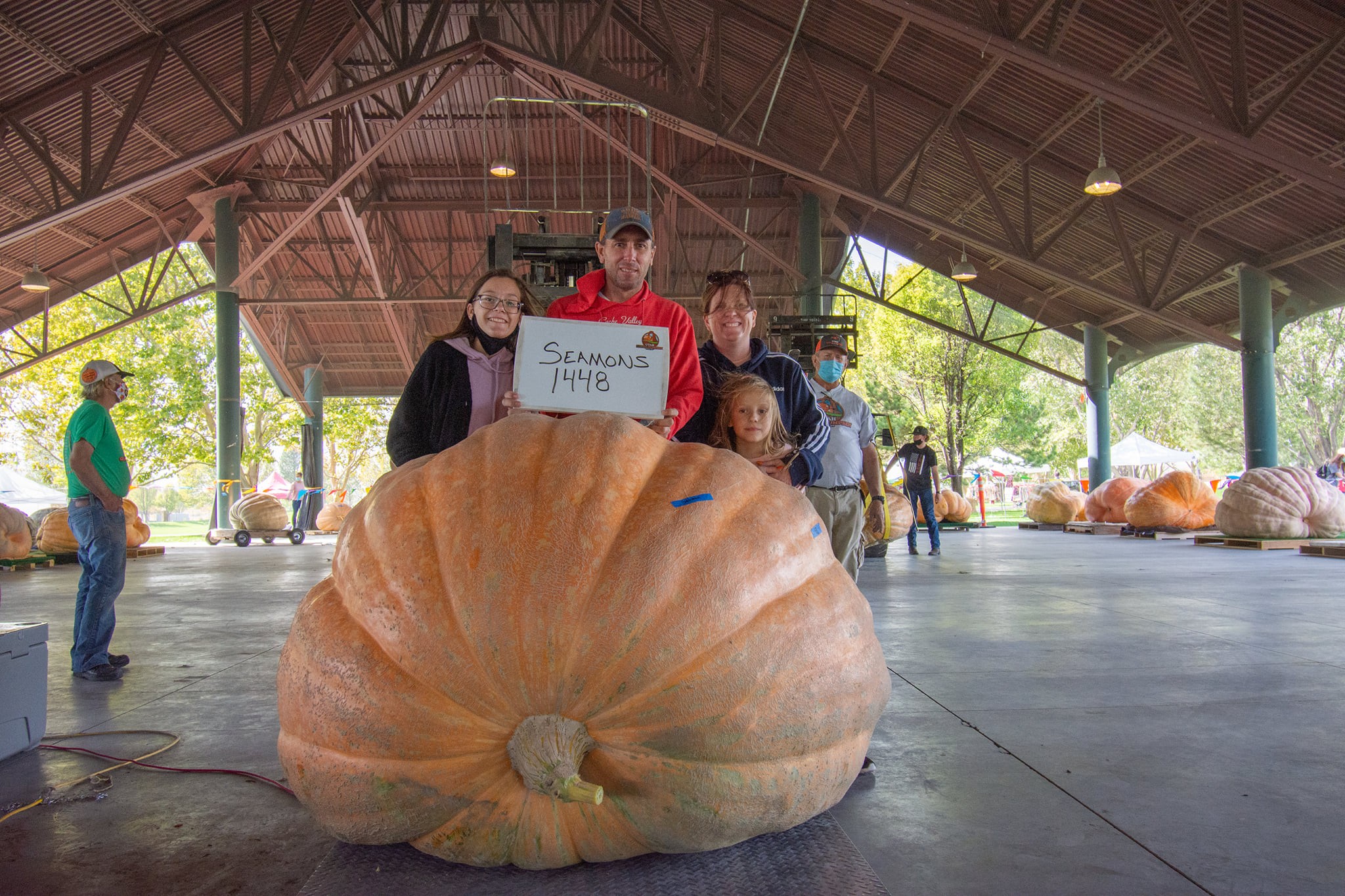 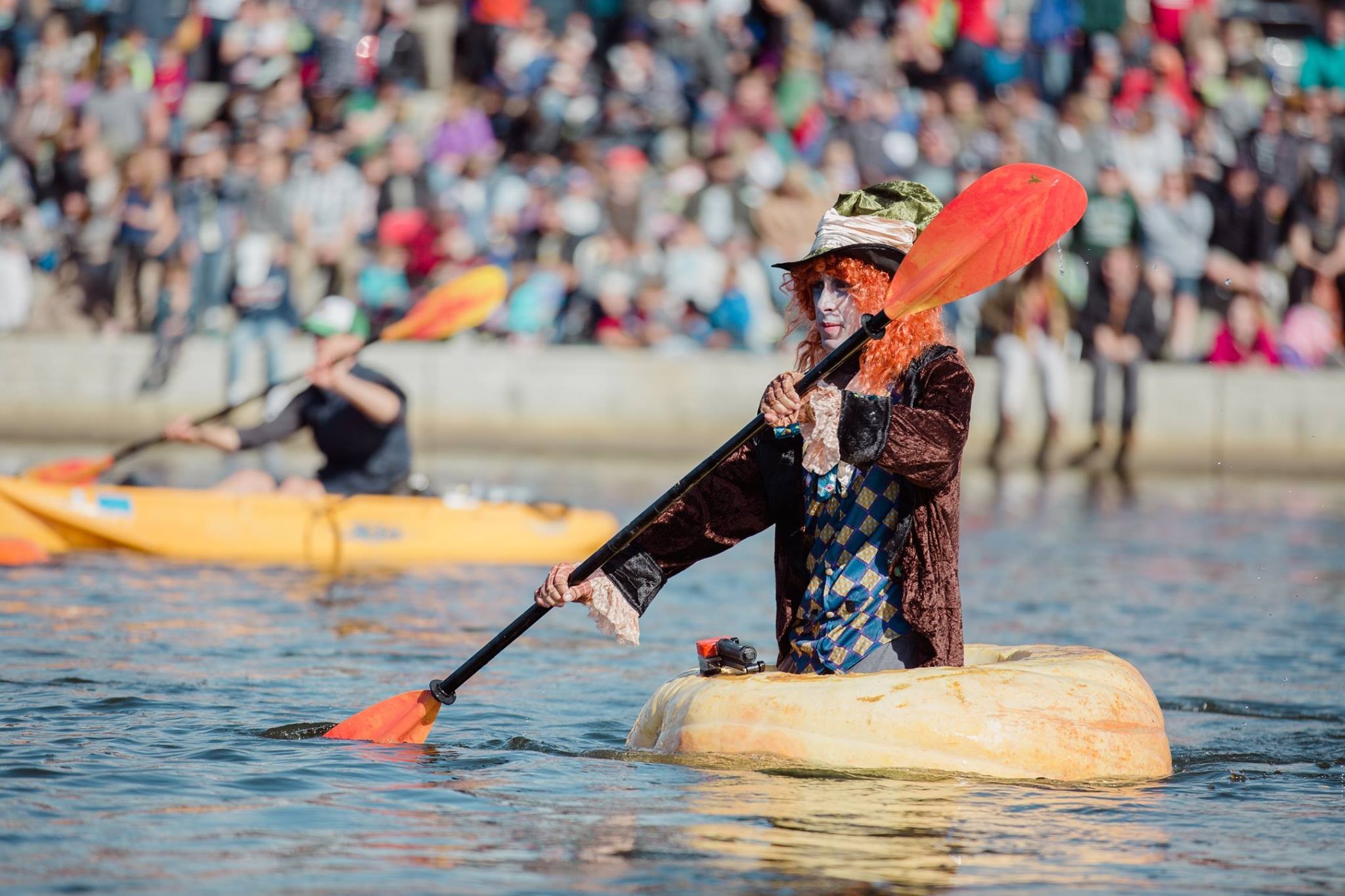 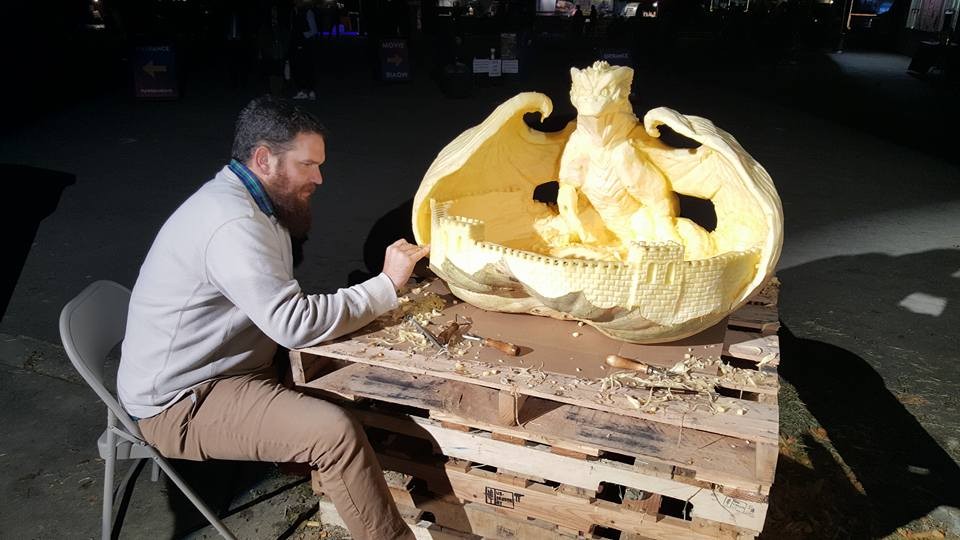 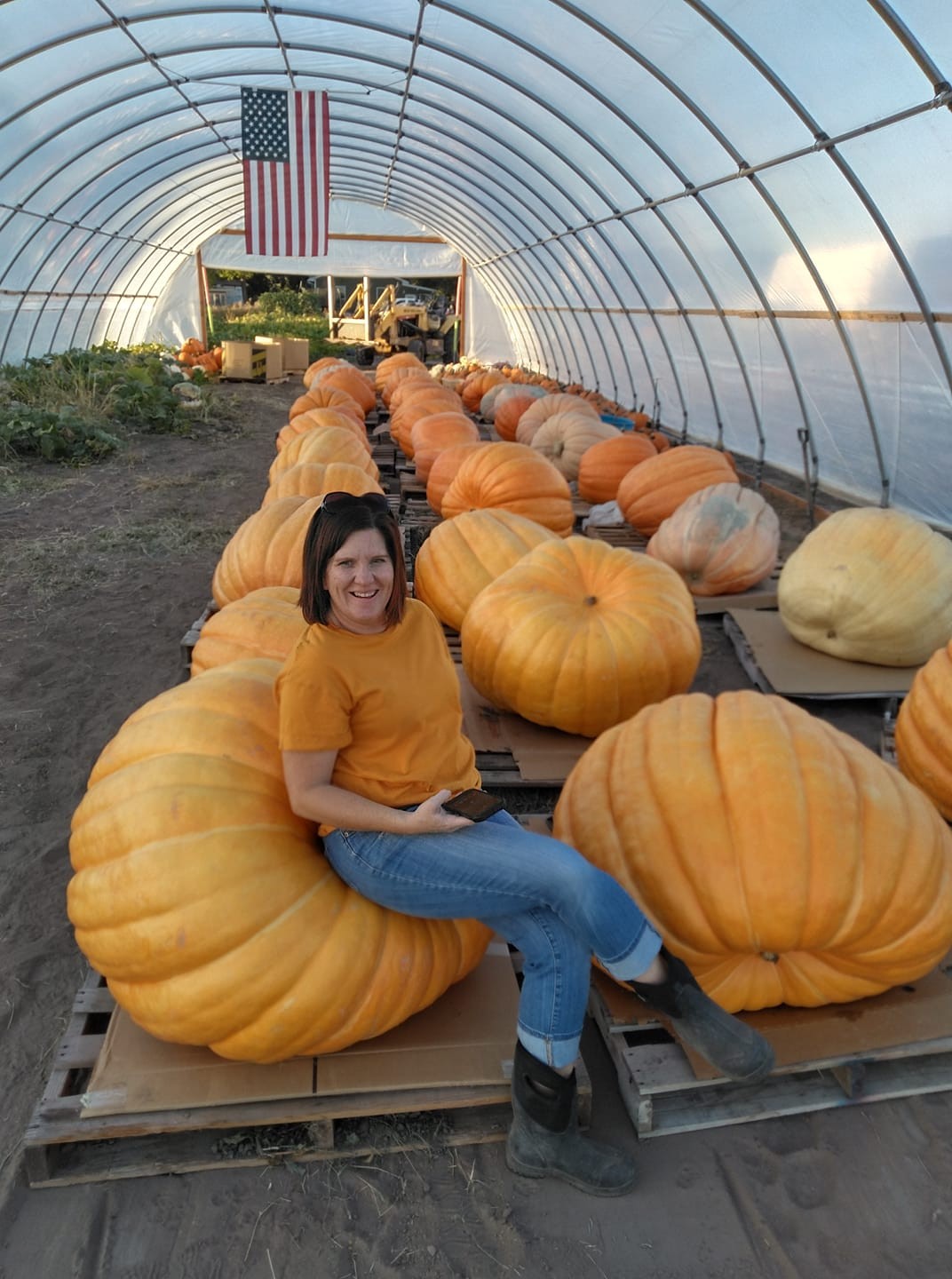 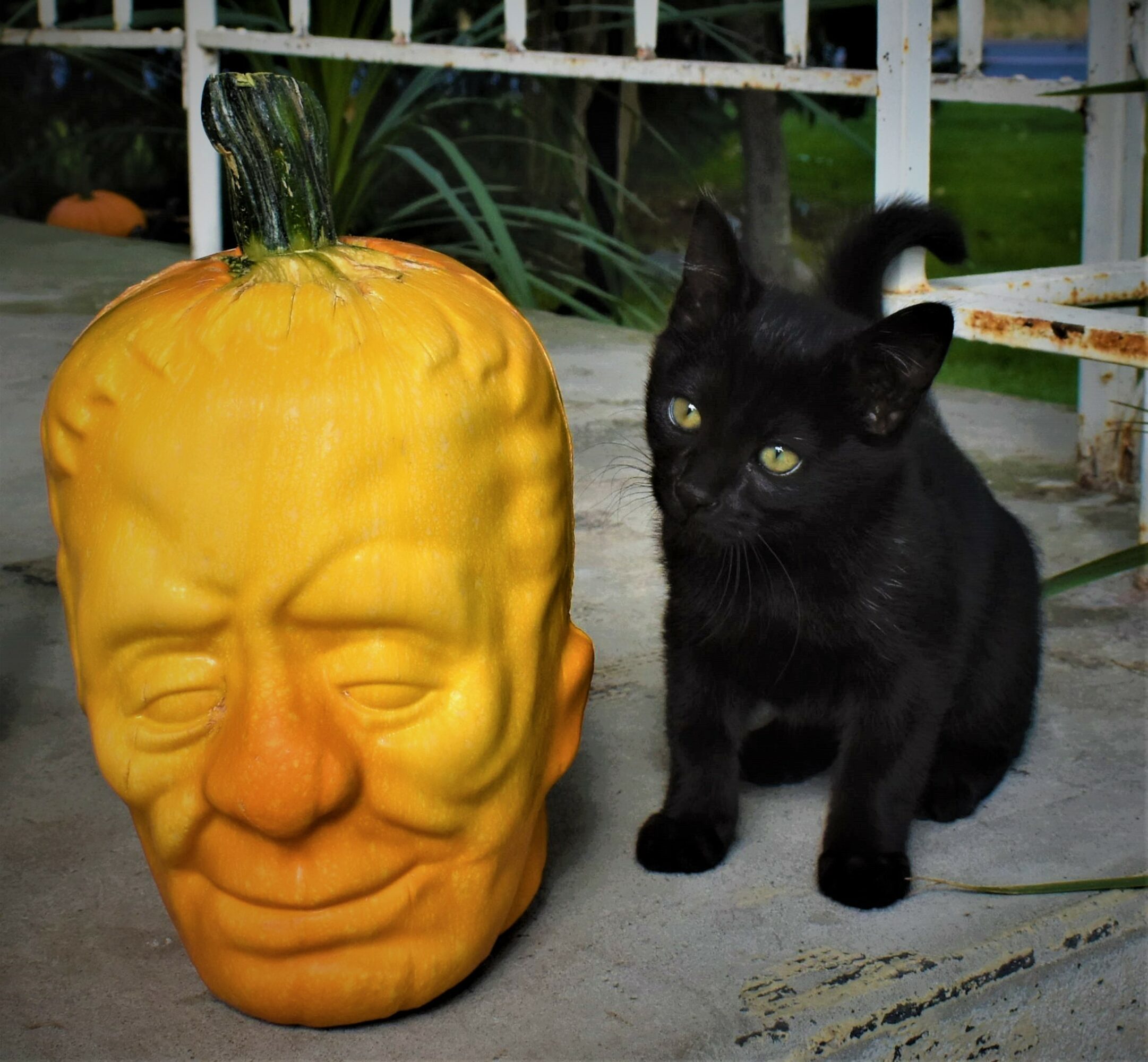 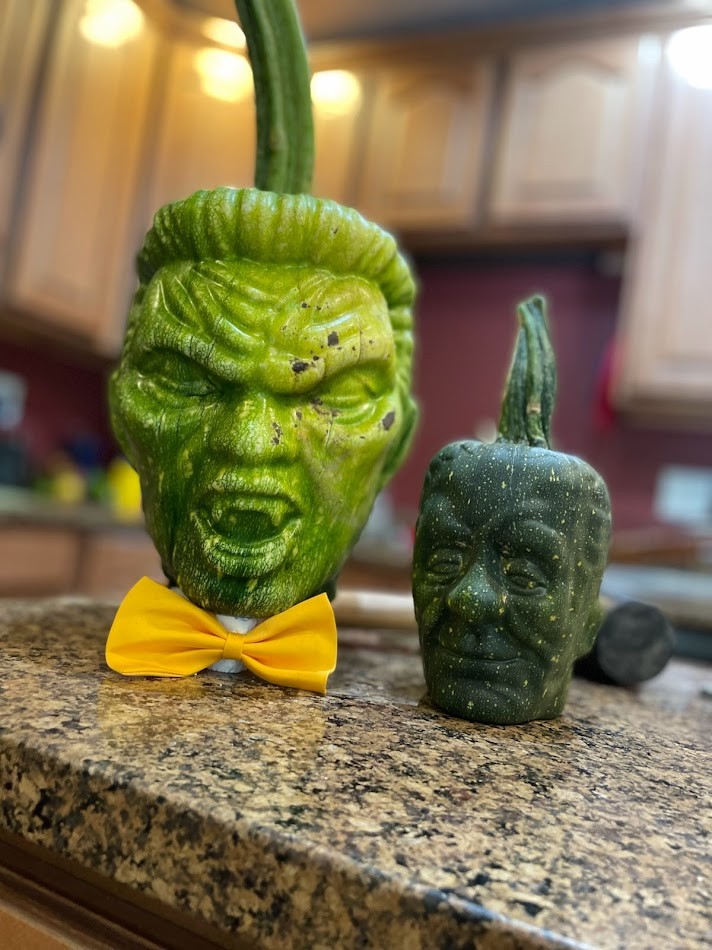 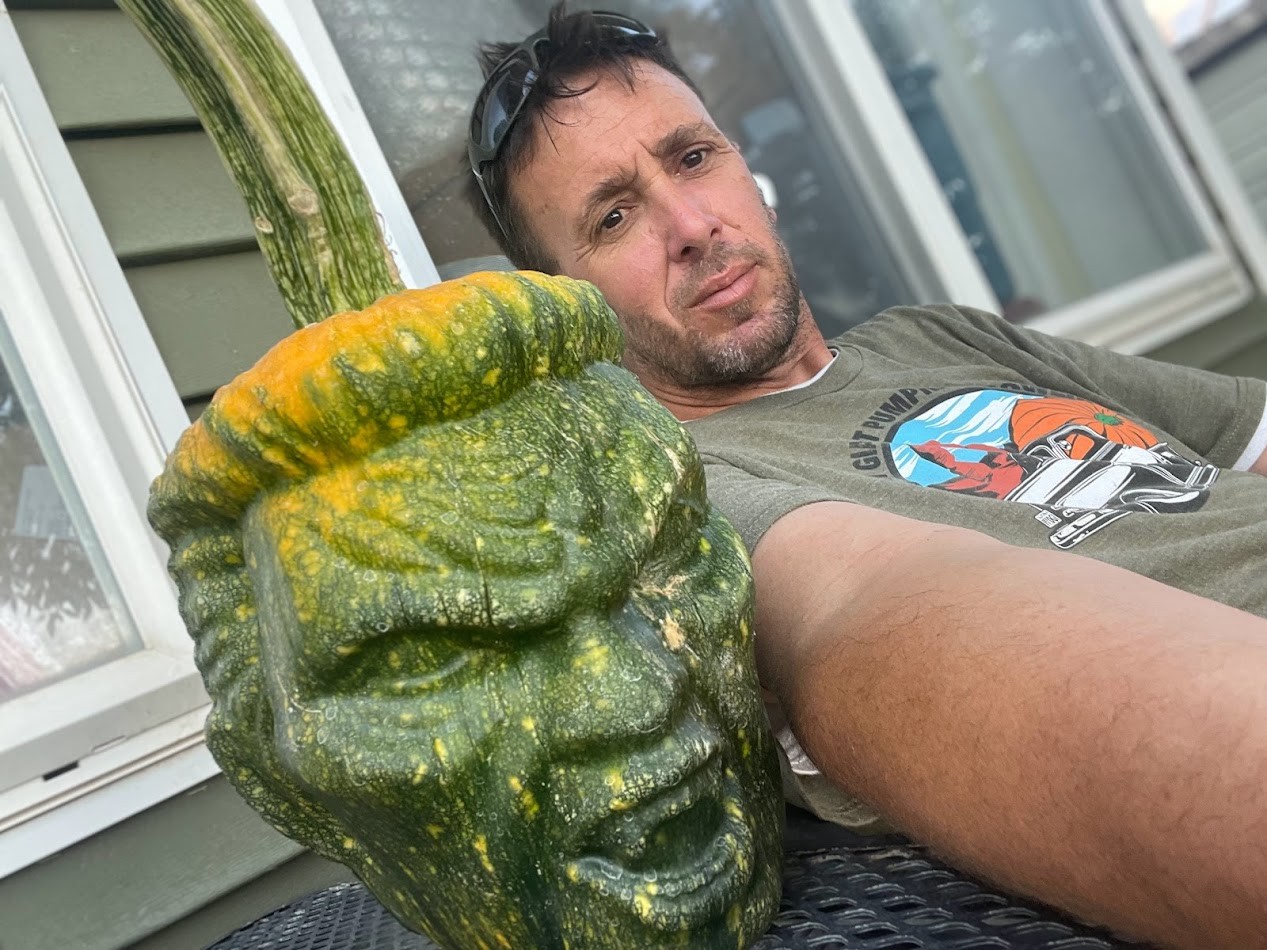 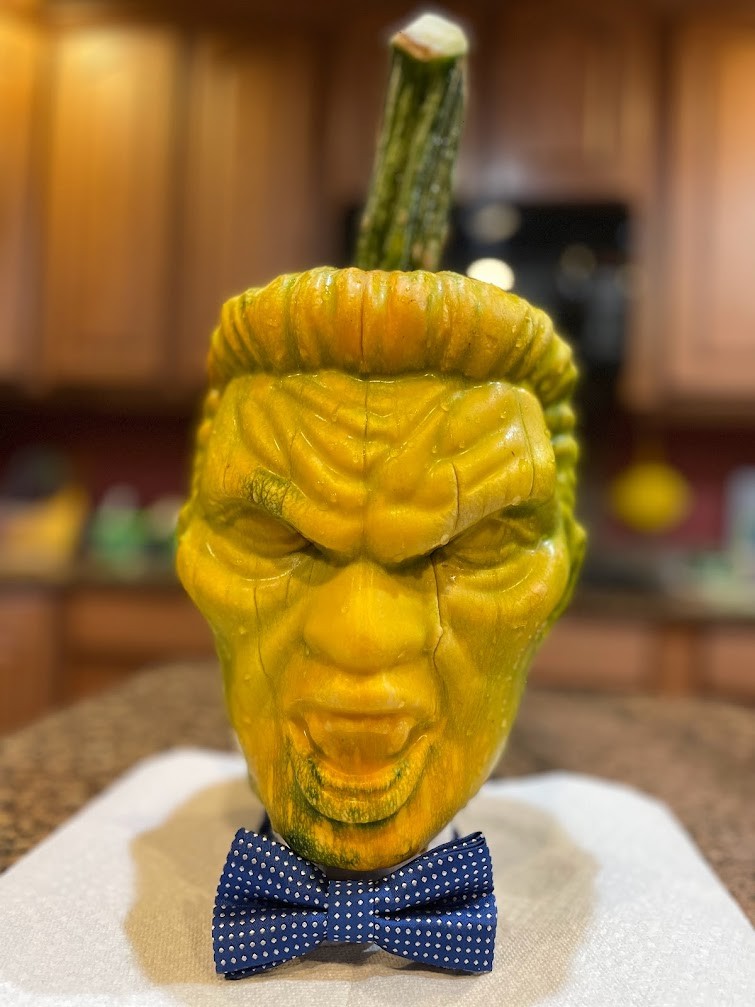