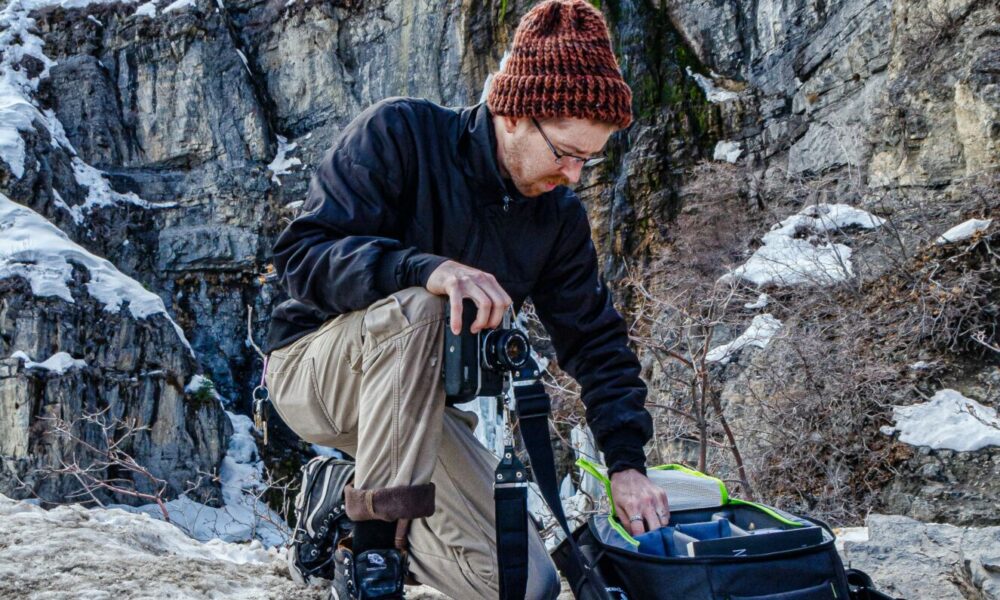 Today we’d like to introduce you to Nathan Gentry.

Hi Nathan, we’re thrilled to have a chance to learn your story today. So, before we get into specifics, maybe you can briefly walk us through how you got to where you are today?
I was first introduced to photography as a young teenager. I grew up on the Northside of San Antonio, Texas, and spent most of my time skateboarding. Many of my friends were sponsored by local skate shops and/or professional skateboard companies. I found that each time I went out skateboarding, there was a photographer and a filmer that would come along with us to capture content for company skate videos and photographic marketing material. I thought it was pretty incredible the way these visual artists utilized the space they were working in, while essentially dancing with the skateboarders to create the visuals they created.

To me, it was like a Broadway play. Soon enough, I found myself interacting with these filmers and photographers every chance I could get. I would sit with photographers like, Jared Nichols, Erik Gustafason, and Charlie Kitchens, learning everything I could learn about photography- essentially, it was all street knowledge that I was obtaining. Not long after originally engaging with these photographers, I ended up picking up my own camera, a Canon AE-1. From that point on, I was shooting religiously. Everything from skateboarding to portrait, to landscape and street photography. I wasn’t holding back. I was trying to learn all aspects of photography.

Eventually, after finishing high school, I realized that I wasn’t going to be able to get off my parent’s income living a life fully engulfed as a skateboarder and hobbyist photographer, so I decided to enroll myself at Texas State University. There, I began studying Electronic Media and Photography. I liked the idea of capturing visuals and then writing a story that could be translated to just about any readable platform. So, Electronic Media gave me that opportunity to learn the skills to capture visuals, but also write for social media, the web, print, blogs, and more. While studying for my dual bachelor’s degree, I began to find the importance of working as an artist who specialized in working with an artistic medium.

I began to see how I could use my photography to build a narrative and create a story that questioned what’s right or wrong with certain situations/scenarios that are going on throughout our world. Upon finishing my undergraduate studies, I decided to take a trip to the Big Island of Hawai’i (don’t spell check that, the correct spelling of Hawaii by the native islanders is Hawai’i) to conduct my first photographic study called 53%. This study focused on the loss of native civilization and the loss of that the Island’s civilization due to unwanted and uninvited, and most definitely impactful tourist business growth on the Island. Encapsulating myself with the Island and learning the history of the native civilization and the true Islanders led me to create my first tour exhibition, which started in San Marcos, Texas, solely created from analog format film photographs.

A few months after finishing my photographic study in Hawai’i, I was invited by Point Park University to move out to Pittsburgh, Pennsylvania to develop my skills as an artist and writer, but also to work towards obtaining my master’s degree. Accepting this offer, I found myself working towards a dual master’s degree in Digital Media and Fine Art Photography. While living out on the east coast, I worked endless hours to not just complete my graduate studies, but I was also working hours on end studying the communication patterns of people and understanding the emotional and mental stabilization of individuals through street photography. I grew heavily interested in street photography and the way people communicated and utilized the spaces they communed.

However, I was also starting to notice the breakdown of emotional stability in people myself and others around me. I began to notice that for some reason my own emotional and mental status was constantly in a state of flux and I eventually attributed it to the overwhelming use of digital devices. I began to see that people were so fixated on checking their digital devices that they were separating themselves from what was important in life, which is human engagement. Not only that, we were so stuck in our devices, that we were removing ourselves from our daily priorities.

Removing ourselves from what was important in life and our daily focus was leading myself and others to feel immense symptoms of anxiety, depression, stress, and more. I took what I was noticing and formulated my next traveling exhibition called, A.D.D. (another.damn.distraction). Through this exhibition, I selected four other artists to create work that adhered to the idea of distraction and emotional mental displacement. Through my double exposure analog work, I was able to create this exhibition that cohesively worked told a meaningful story alongside the selected work by Jared Nichols, Tyler Calpin, and Grant Halleran.

Nearly three months after obtaining my dual master’s degree, I received a call from the Leonardo Museum, proposing the idea that I could move to Salt Lake City and work for the museum as their photographer. Within two weeks of that offer, I was on my way to Salt Lake. Now, while living in Pittsburgh, I picked up some contract agreements that began presenting me with incredible opportunities to travel the world and capture photographic and video material for a certain production company. Once I landed in Salt Lake City, I began working with that production company to tour the world, as I captured visual content of the beautiful landscapes that this Earth provides us.

So, as I was working for Leonardo full-time, I was also working heavily with this production company to create content, but as I was doing that I was making more connections in the photographic industry and developing my contractual agreements with more professional entities. Essentially, outside of my work at the museum, I was working as a full-time traveling visual artist and storyteller-basically my dream.

Which leads me to where I am at now. Still, to this day, I am traveling and working with multiple companies to create visual content. Still, to this day, I am only working with the analog/film processes that I have always used. However, where I have expanded is my growth as an artist. In the past few years, I have been invited and have contributed to over twenty gallery/museum-based shows, been published countless times, found myself speaking at universities and on the news, and making new relations with others. Furthermore, I expanded my way of storytelling by utilizing my background in writing to start working on my latest personal project, A Vision for Unspoken Words. This project was my first time ever presenting the poetry I had been writing for years while complimenting my messages with photographic material that I had and was developing.

This book finally came to fruition and was released to the public in August 2020. Meanwhile, through my connections at the Leonardo Museum, I have begun to work on a highly in-depth exhibition called, A Journey Through the Great Salt Lake, with an incredible New Zealand based artist, This project will be a project that discusses the ephemeral nature of our planet and the quickly expiring world we live in due to human interference and negligence. This project will be one that will take time to create but has brought me to where I am now. An artist who works with the photographic medium, creating visuals and written material for myself and others around me.

We all face challenges, but looking back would you describe it as a relatively smooth road?
Working as an artist is never smooth. If any artist ever tells you that the road has been paved and completely smooth, they haven’t paused enough to reflect and think about all they have been through. Of course, it has not been smooth. However, it has been fun, fulfilling and I have loved every moment of it.

I have experienced moments of defeat and breakdown, but by allowing myself to go through that I have been able to teach myself how to deal with shortcomings and overcome hard times.

Thanks – so what else should our readers know about your work and what you’re currently focused on?
I am an artist who works with the photographic medium. Most specifically, the analog format of photography. Through my processes, I still create visuals using film. Not only do I still work to create visuals with film, but I am also still working as a darkroom developer. So, I find myself spending a lot of my time in the dark to develop and print my own work. Through my practices, I have learned how to create chemistry that is not the typical hazardous chemistry that most film and darkroom photographers use.

Instead, I have created a concoction of ingredients that are completely non-hazardous, store-bought items that will not harm myself or others. This way of developing is called the caffenol practice and essentially uses coffee grounds, and a mix of other ingredients, to develop my film.

However, historically, this way of developing has only been known to develop black and white films. Through research, practice, and failure, I have found a way to develop color film using a similar process that is non-hazardous to anyone.

Where do you see things going in the next 5-10 years?
I mean, I see it moving in the same direction it always has: forward. Technology is going to continue to develop and the changes are impossible to predict. It’s art. You can’t predict art. That’s like trying to predict the personality of a newborn baby. You won’t know what that personality is until it presents itself.

So, all I can say is that I have no idea how the artform will be utilized in the future, however, I do know that the technology behind it will continue to grow. 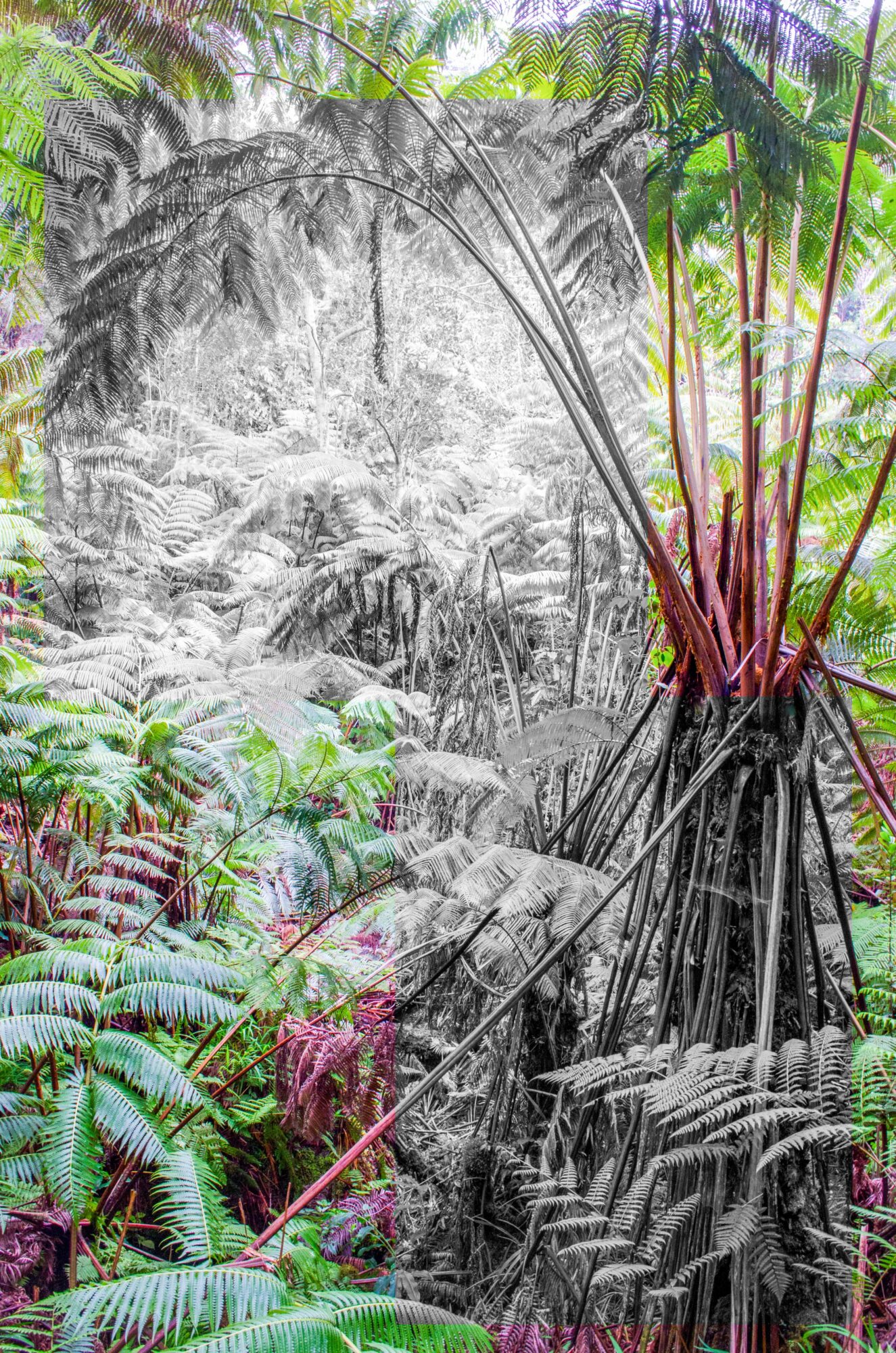 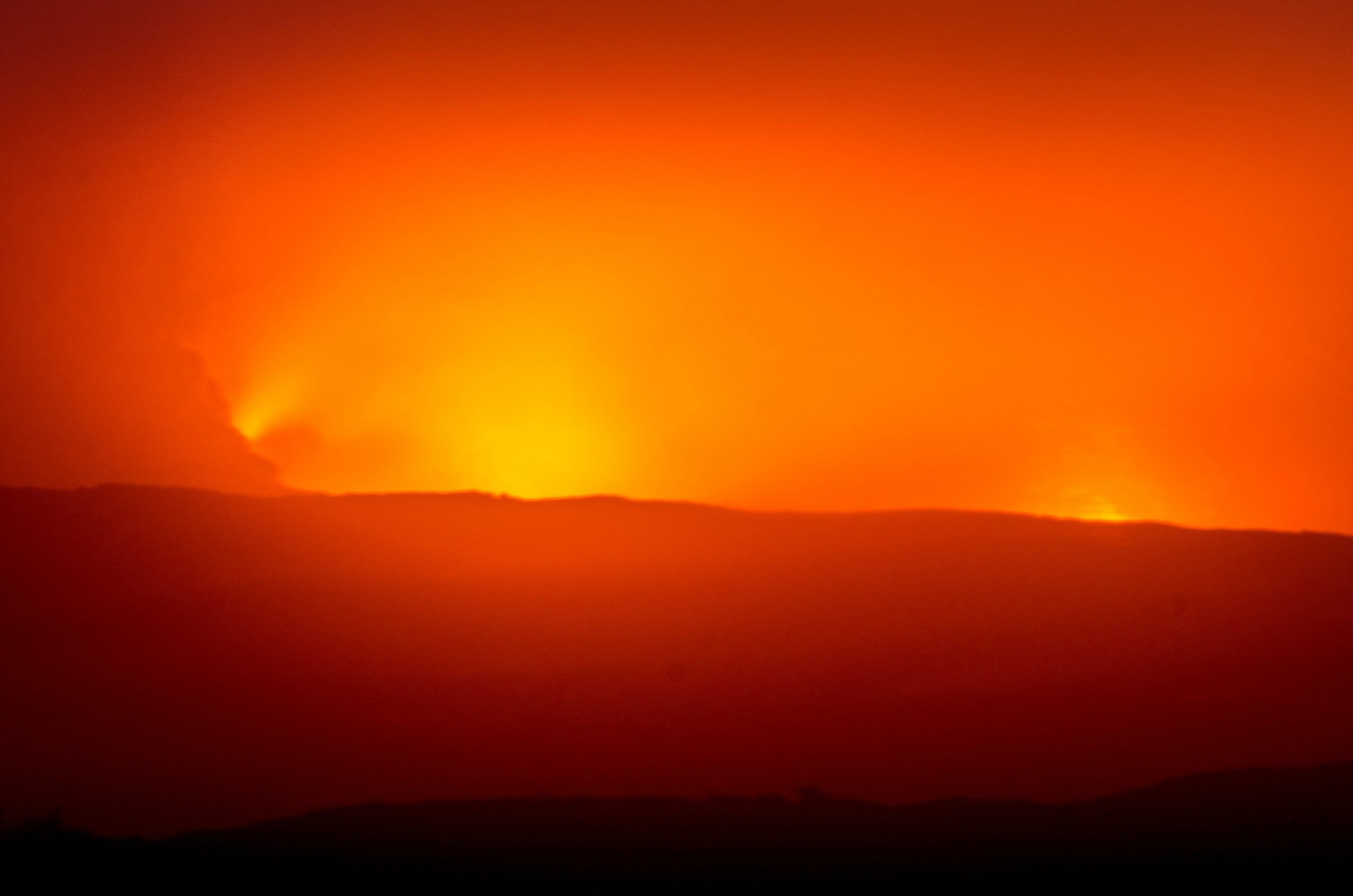 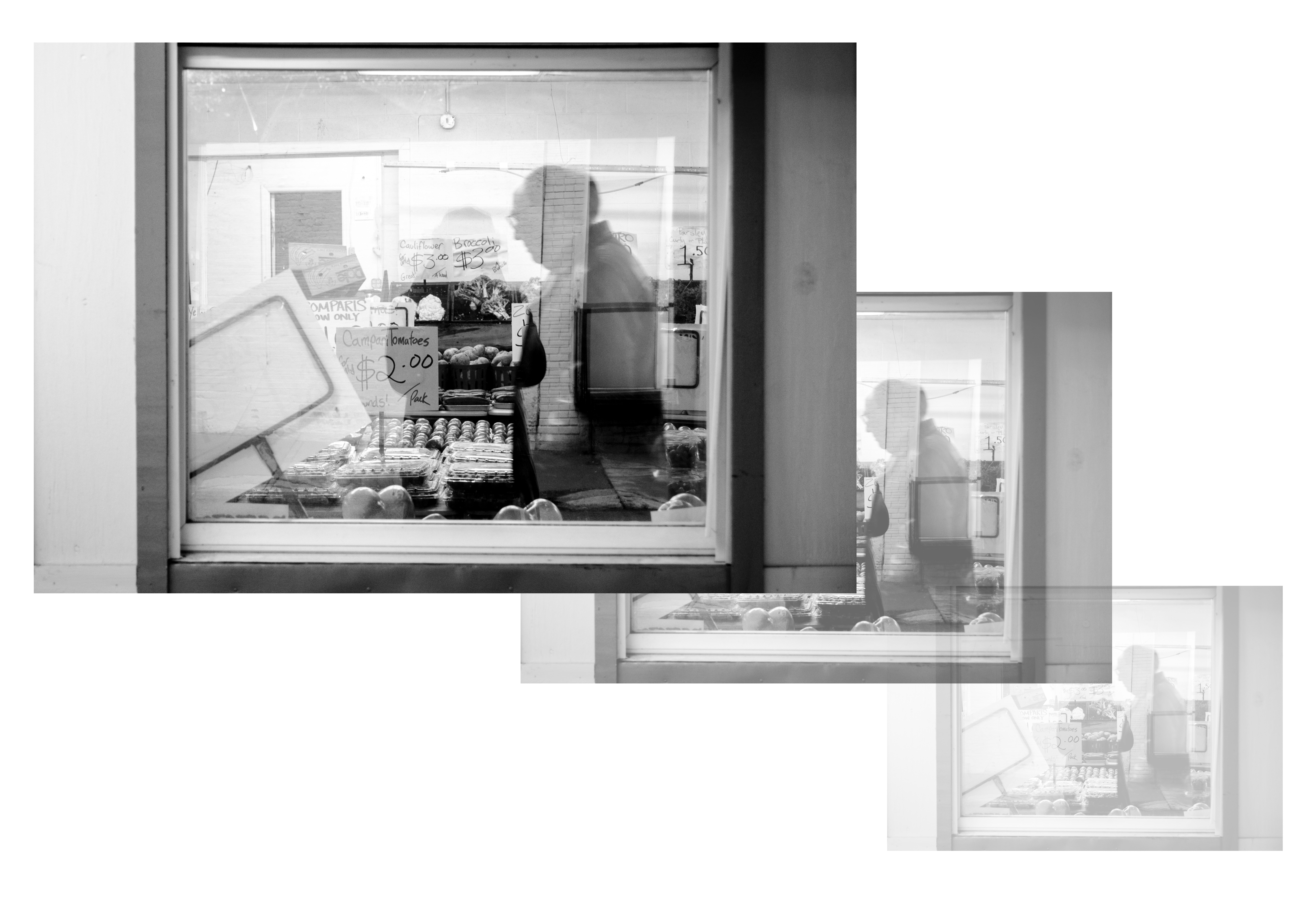 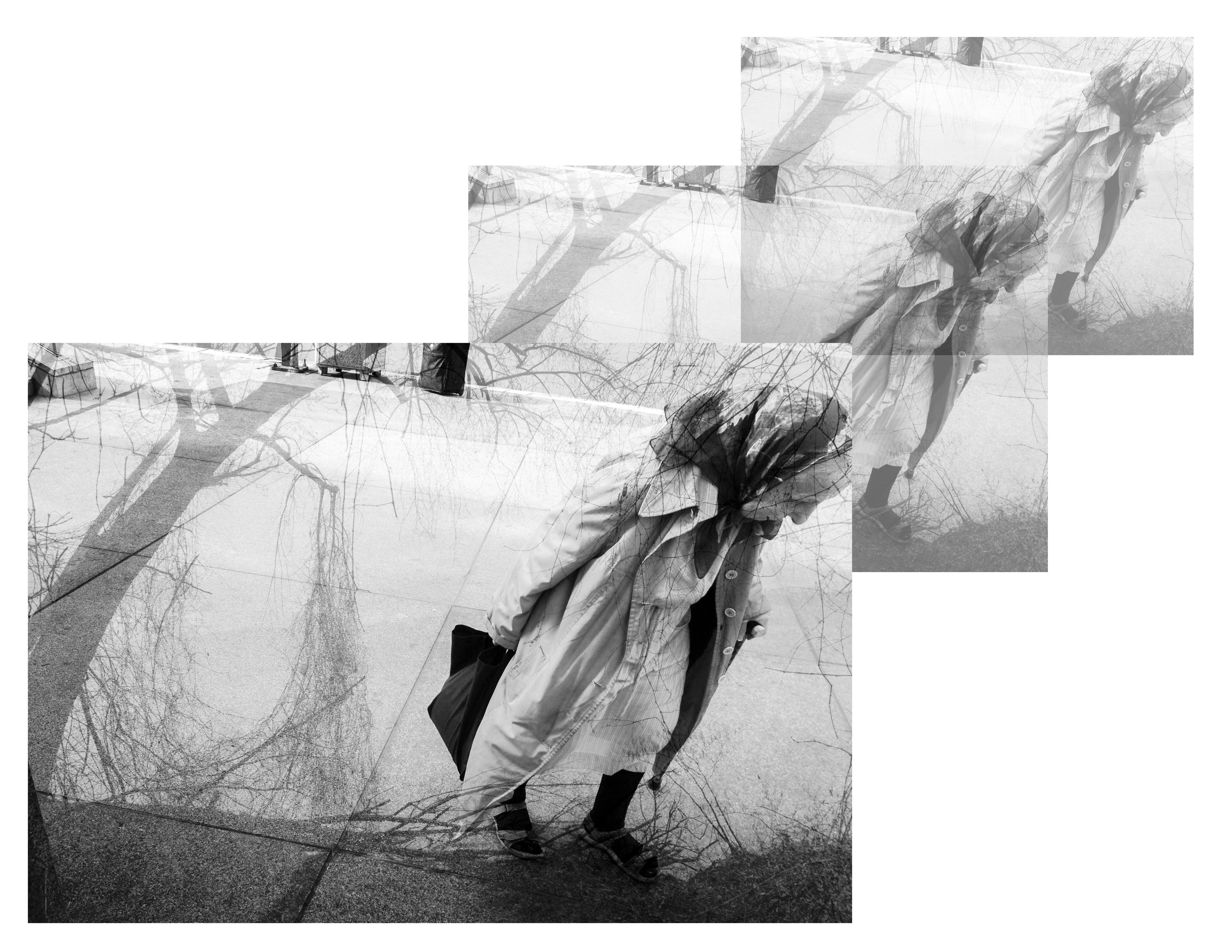 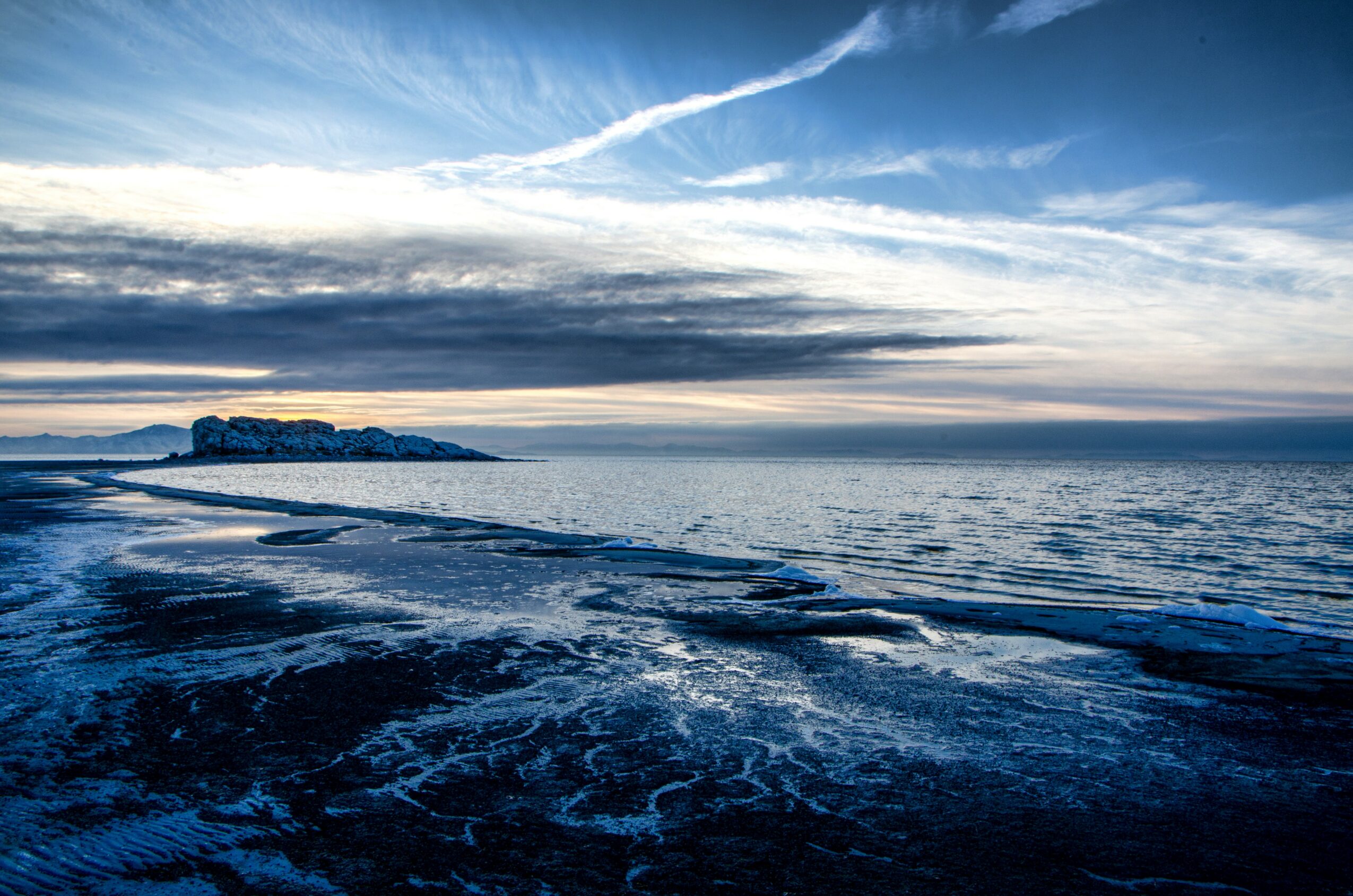 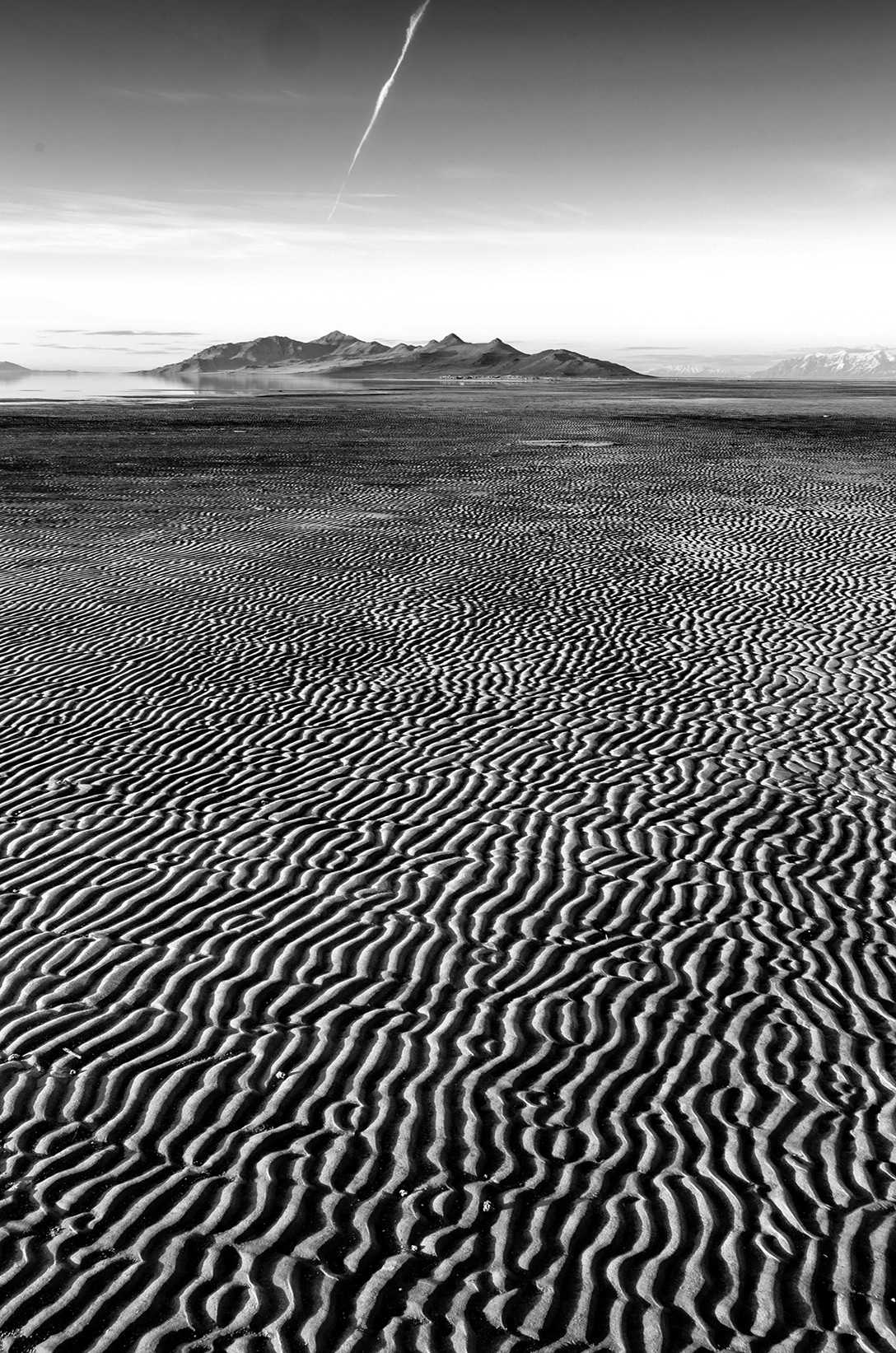 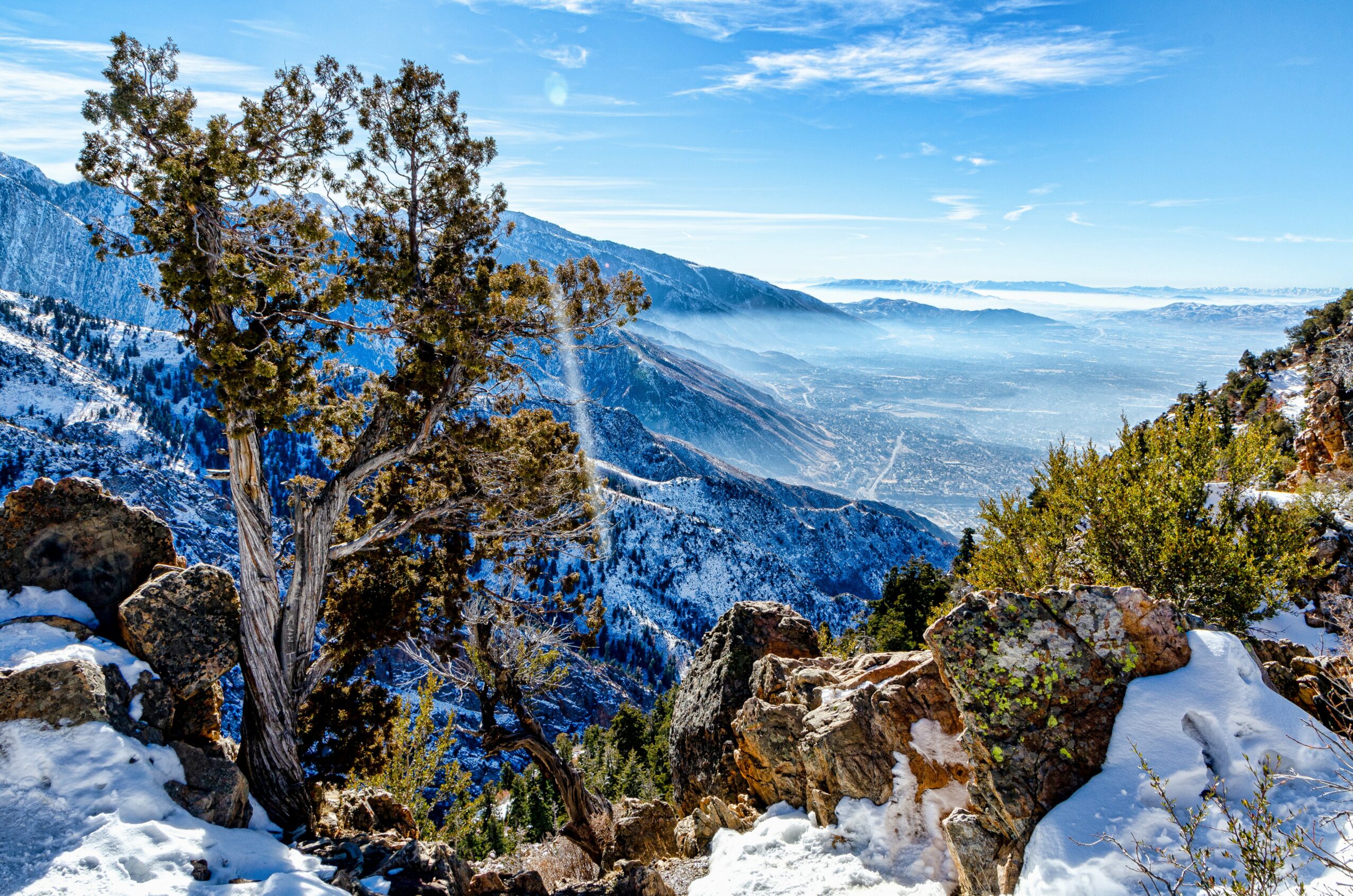 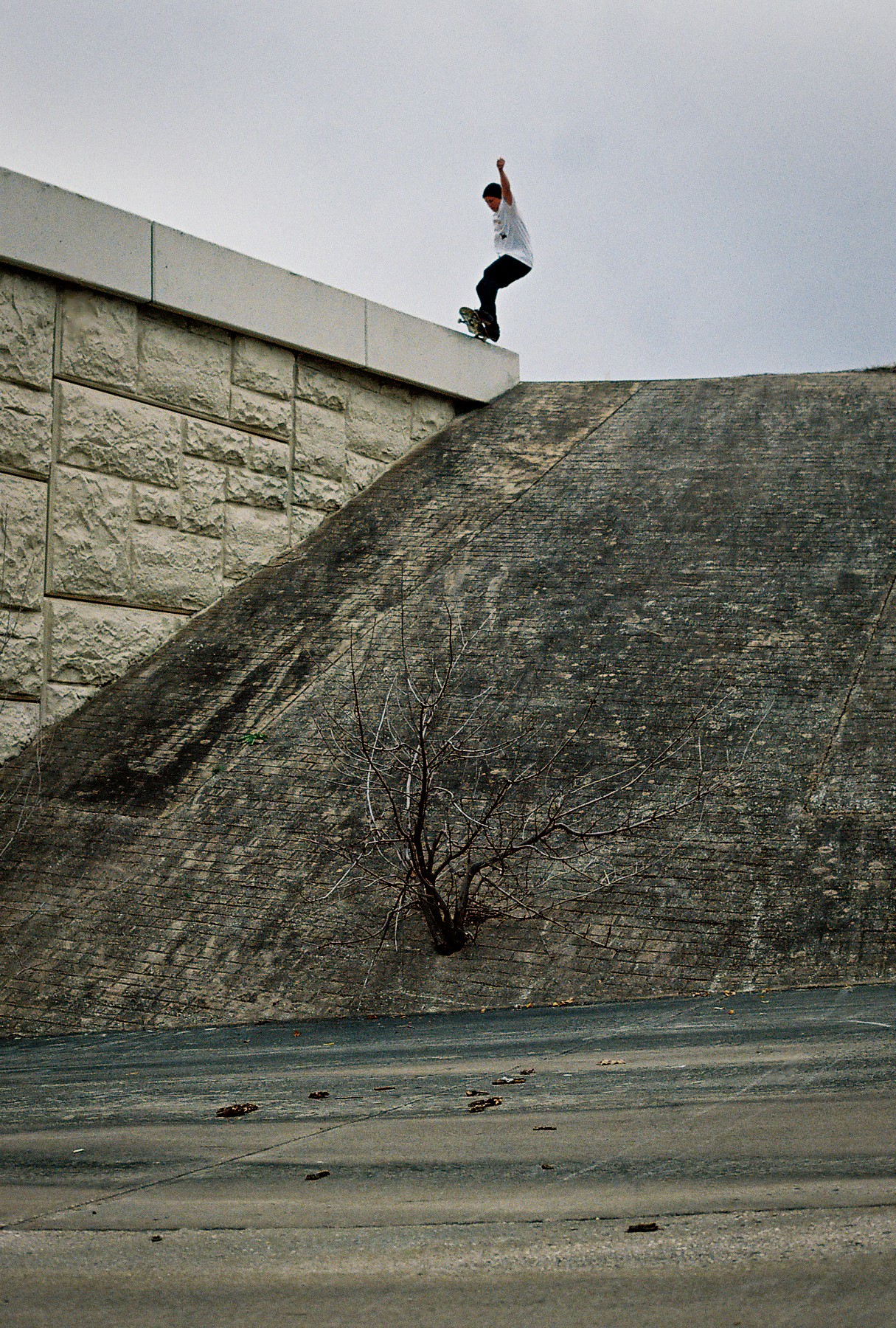 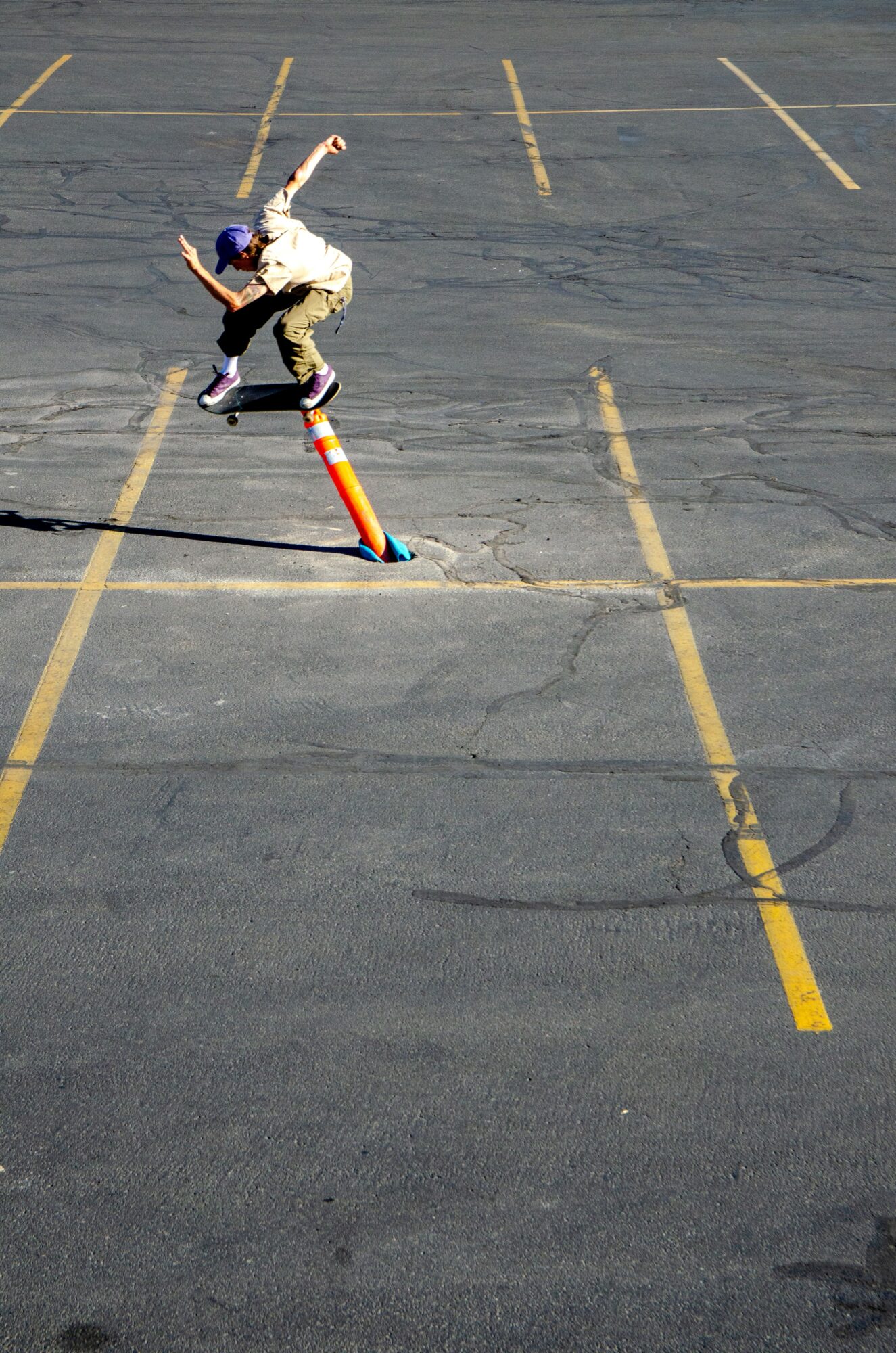