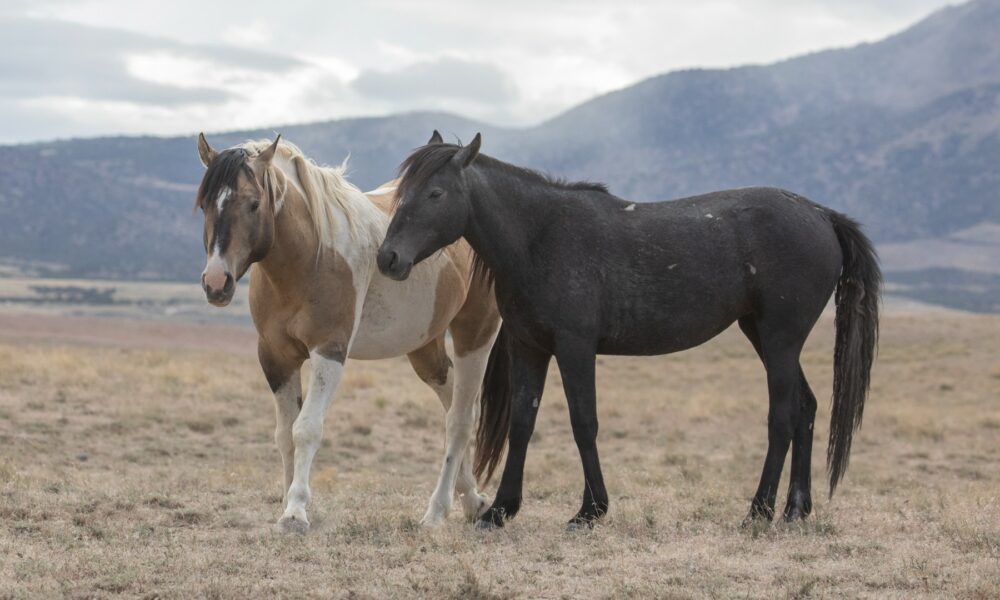 Today we’d like to introduce you to Melissa Tritinger, adopter of the mustangs Stargazer and Nora.

Alright, so thank you so much for sharing your story and insight with our readers. To kick things off, can you tell us a bit about how you got started?
Imagine the scene–wide open spaces, grasses blowing softly in the wind, and a sky that is framed by beautiful mountains. The morning sun is beginning to rise, waking up a herd of wild mustangs gathered together to rest in their family bands. These horses have never been touched, never been inside a barn, and have only known the wild.

They move in unison, grazing lazily for miles while mares nuzzle their babies, young stallions practice sparring, while older band stallions watch over their family to keep a vigilant eye out for any threat that may come. The threat could be a predator, a confident stallion looking to challenge another for his mares, and sometimes even humans.

Among this herd is a tall, flashy pinto stallion with a heavy black forelock and thick tail, walking closely with a dainty dark gray mare with almond-shaped eyes and a thick black mane heavy with gorgeous wind knots. These two trail the main herd, following close, yet in their own universe. Meet Stargazer, and his mare Northstar, a bonded pair of Onaqui Mountain mustangs who have only known a life that was wild and free.

Stargazer and Northstar, or Nora for short, were part of the Onaqui Mountain wild horse herd that reside on over 200,000 acres of publicly owned lands that are managed by the Bureau of Land Management (BLM). The famed Pony Express Trail runs through the area along the Onaqui Mountains with sweeping views and dusty trails that lead to small ponds of water.

In July 2021, this herd of mustangs totaled around 500 horses living on all of that open land. However, the Bureau of Land Management rounded up 435 of these horses forcibly by helicopter because the BLM decided there were too many horses and not enough resources. The mustangs, including Stargazer and Nora, were terrorized as the helicopter chased the horses into a trap site to be captured.

The helicopter pushed the horses forward until it became so chaotic that they were separated from one another. Nora was pushed with a portion of the herd into the mouth of the trap site thus separating her from Stargazer–her protector and companion. He knew he lost her that day. Video and images show him running frantically as if he was searching for her. He managed to escape that day to remain wild for one more night.

The next day, when the helicopter flew again, he came back and was captured. Was he looking for her? We will never know. But what we do know is that once captured, these two mustangs would never be together again if something wasn’t done about it.

Once gathered, Stargazer and Nora would endure months in a holding pen in Delta Utah. These once wild roaming symbols of freedom would now be held in small pens that would eventually be filled with horses, mud, and manure–and all behind bars. Yes, they had food and water. But, at what cost?

Stargazer was one of the very first horses I had ever photographed in the wild. I was struck by his markings, how he stood out in the herd, and how every time I came to the range he was either playing with another horse or fighting another horse–he always put on a show.

For over seven years, he never found a mare or led his own band. When he was younger, he could be found with his brother’s band, and later in life, he was found with other bachelor stallions. Many loved him, and what he stood for–freedom on his terms. Knowing he was no longer free was devastating,

In the Spring of 2020, Stargazer came across Nora on the range. She had been injured and her band left her behind. Stargazer found her, and never left her side again until that fateful date on July 16 2021 when the helicopter forced them apart. She didn’t have a name at that time, so when she was named, Northstar seemed fitting. The North Star is one of the brightest in the sky and a guiding symbol of direction.

We were delighted that they were together and that they had found each other. This cute pair kept to themselves for the most part, however, they were never far from the rest of the main herd. Stargazer could still be seen fighting with other stallions and running wild and free on the range. I loved watching their story unfold.

After being separated and captured, we knew we had to reunite them. Stargazer had waited his whole life to find Nora. To me, they represented all that was pure and free. In order to reunite them, it would require approvals from the BLM to adopt, finding the perfect person to help gentle them, and opening up our hearts to ensure that their transition into domestic life was as gentle as possible.

We would have loved to have them go to a mustang sanctuary–but the truth is–there is only so much space and way too many horses that need help. We had to take some action and thus we began to prepare for an internet auction to attempt to be the winning bidders for both of these mustangs.

After delays, lots of anguish and anxiety, the time for the week-long internet auction was here. My husband and I placed our initial bids then all we could do was wait and be vigilant. The auction was almost over and after a last-minute flurry of bidding activity, we had the winning bids for both Stargazer and Nora. We cried tears of relief–we were one step closer to reuniting them.

One would think that being the winning bidder for both Stargazer and Nora would be the last hurdle in their journey but it wasn’t. We needed to get them home yet. Weeks passed after our bid was accepted. We had a handful of friends that checked in on the horses while in holding and sent back videos, and pictures, and took time to feed them hay–a small step in the process of learning to trust humans. We would forever be grateful for them and their kindness.

It was a rollercoaster of emotions when the day finally arrived that we could pick up Stargazer and Nora. They had been placed into a special pen together the night before and they seemed to pick up right where they left off. They were never far apart, and often touching. Stargazer would place himself between the bars and Nora.

They munched on hay together. When it was time to load, a man on horseback pushed them through mud and a series of panels to funnel them directly into the open trailer. Unsure and nervous, they stood at the entrance of the trailer and together stepped up into a new chapter. They had no idea what to expect but at least they were finally together.

Fittingly, under a blanket of stars, the trailer arrived at their safe space. It took them some time, but they took their first steps off the trailer–together in unison.

Both Stargazer and Nora seemed to recognize that they were no longer in danger. They slowly began to accept the new humans that doted on them. We had asked Sam VanFleet, a highly esteemed mustang gentler, colt starter and international clinician to work with them both in those early months to transition them to domestic life. We could not have been happier with her approach and the trust she earned in them. Now, they had a dry space, food brought to them, soft soothing voices, and gentle guidance towards accepting human requests. The manure and debris from the holding facility that had embedded into their coats was finally coming out while Sam worked to bring their personalities out. They began to shine again.

We desperately wished they were still wild but we knew that was never going to be an option for them. Once captured on that horrific day, there would be no going back. While we relished that they trusted us enough to allow us to touch them, we knew it was another step further from what they knew. It was bittersweet.

Every day, these two gorgeous mustangs are curious, open, and trusting, though some days more than others. They listen intently with their ears forward and their dark, soft eyes follow every move we make. They are willing and forgiving.

They seem to look forward to what the new day brings with such immense curiosity. We love them so much and we will do everything we can to help make the steps further into the domestic world gentle— and at their pace.

We are honored to be with them on their journey.

Can you talk to us a bit about the challenges and lessons you’ve learned along the way? Looking back would you say it’s been easy or smooth in retrospect?
The road was never smooth after they were rounded up–it couldn’t be–their freedom was taken.

The Bureau of Land Management internet adoption auction that was originally scheduled for October was postponed over two months because of a computer server crash that completely shut down the BLM auction site.

This meant that Stargazer and Nora (and 300 other mustangs) had to wait in a holding facility that wasn’t designed to be used for this length of time over the winter months.

It was devastating. More horses got sick, more would die, and the tolls it took on them both will haunt us forever.

Alright, so let’s switch gears a bit and talk business. What should we know about your work?
We are just a family that couldn’t stand by without taking action to help the mustangs. With so many horses being rounded up and placed into long-term holding, there is limited space in sanctuaries.

Having horses already, we knew that this was no small commitment in time, energy, love, or money. Seeing Stargazer and the herd on the range–photographing him when he was once wild, and then seeing them rounded up only to be placed in holding was life-changing.

We knew we had to step up. My family is all in—and I am so proud of the work we are doing. This work pales in comparison to the work other families or non profit organizations are doing, but to Stargazer and Nora, it is everything. We are honored to do it.

What does success mean to you?
Our goal is to bring the light back into Stargazer and Nora’s eyes. Their lights dimmed after being rounded up and placed in the holding facility.

They appeared tired, dirty, and hopeless. It was unnerving how dirty they were. Slowly, we have had the honor of watching their glow come back. Their eyes are brighter, their ears are perkier, and the caked debris is finally gone. It is beautiful to watch their light come back.

We know every day they will grow and experience more–and we look forward to their journey. 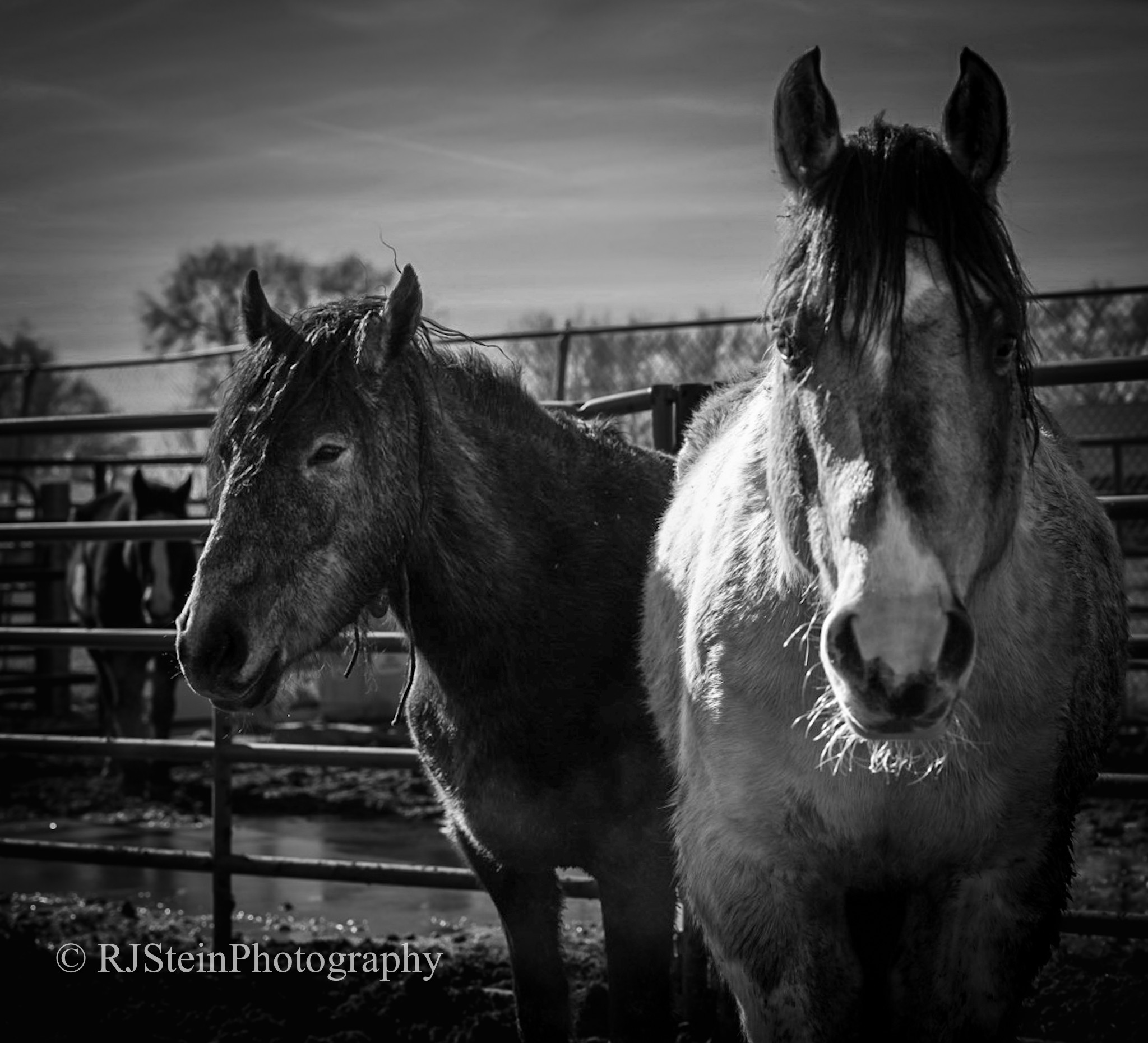 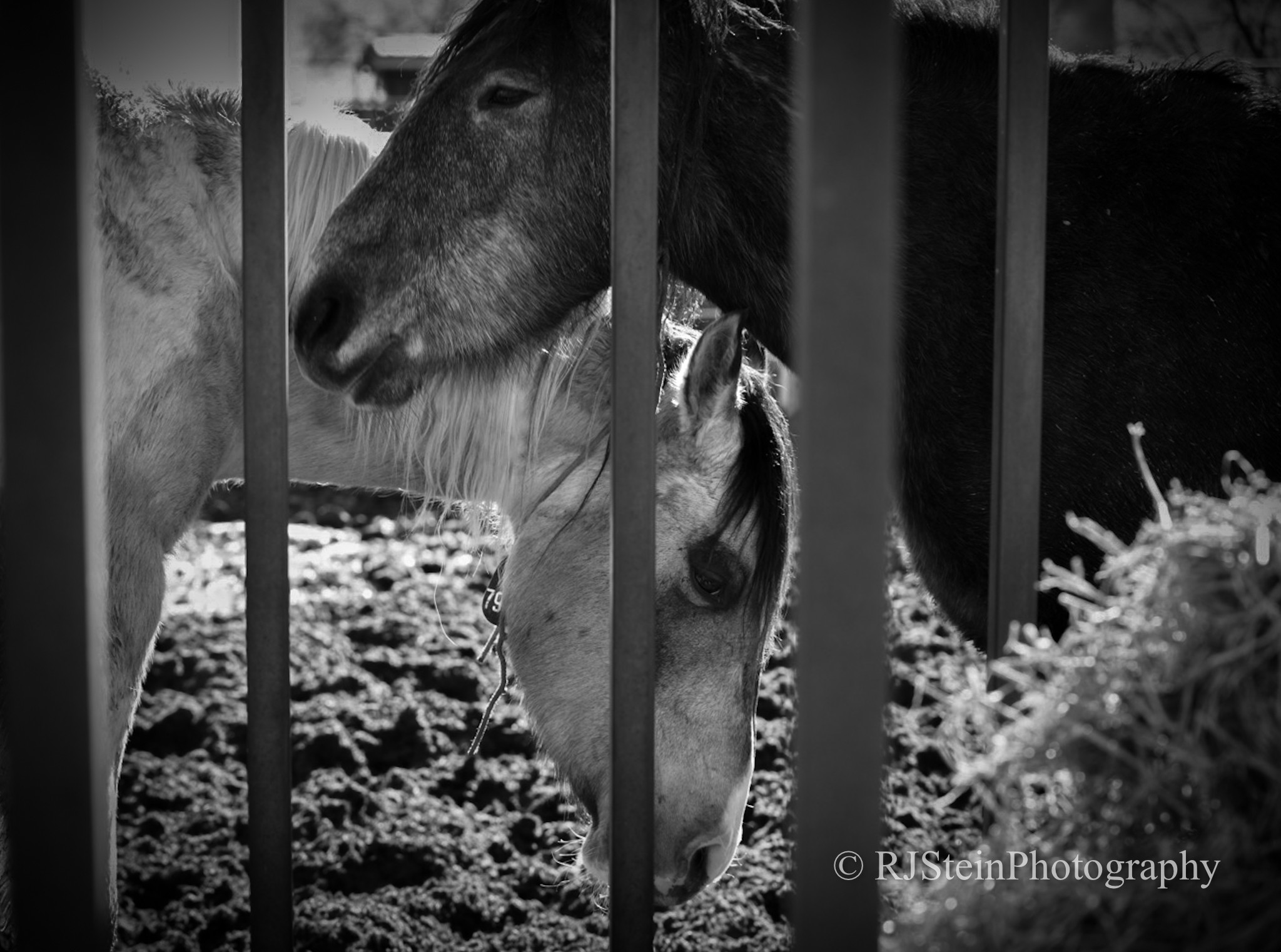 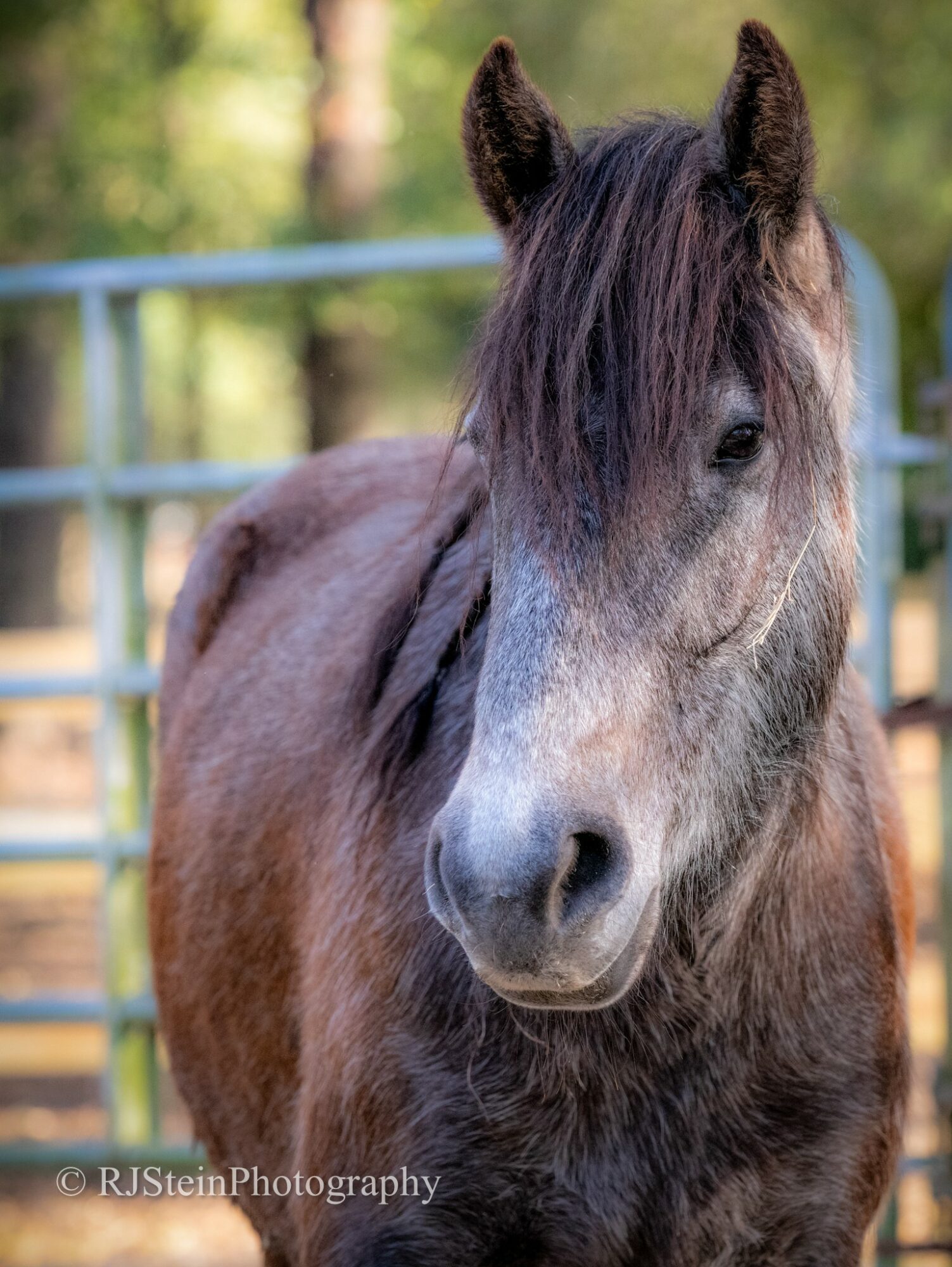 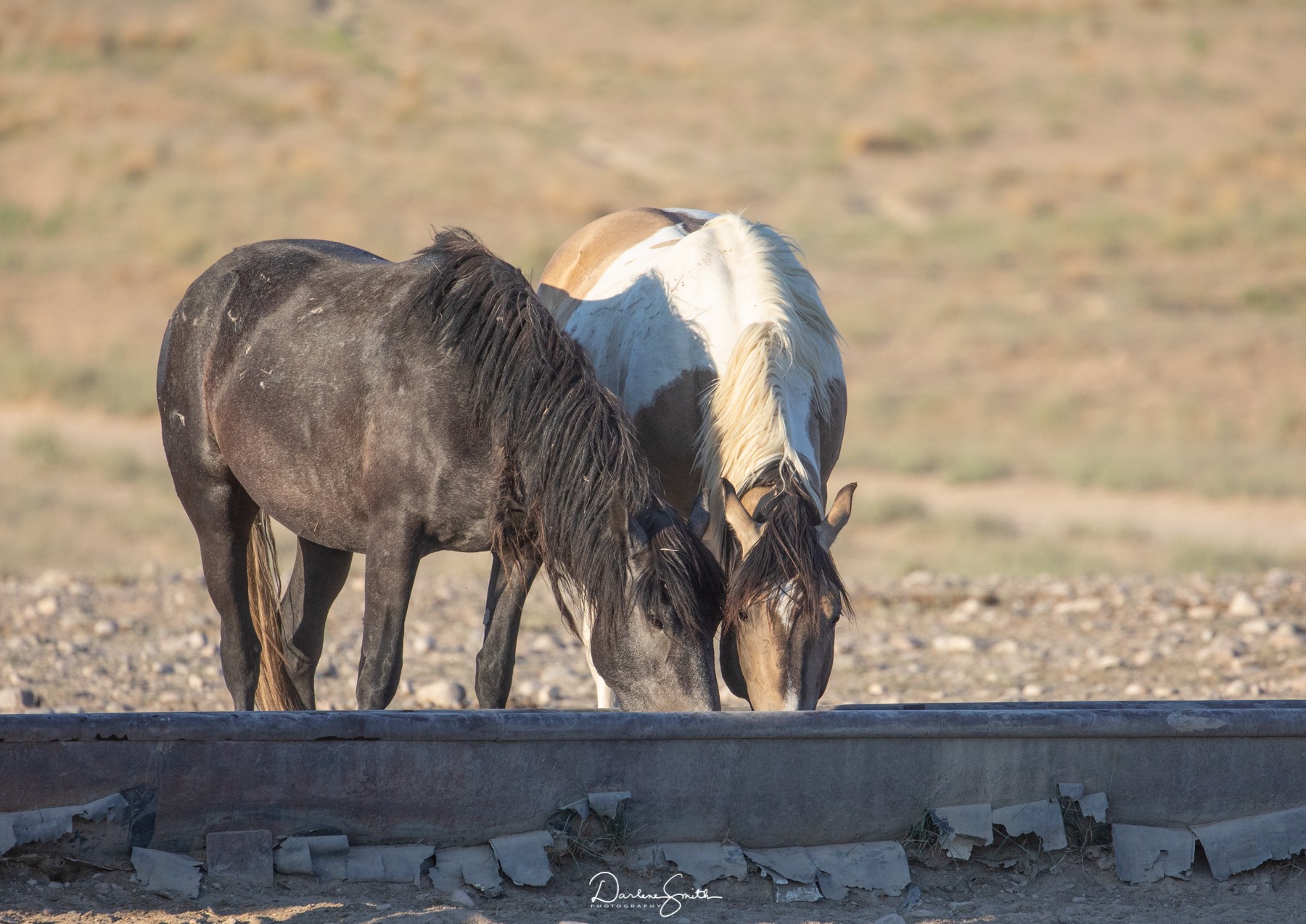 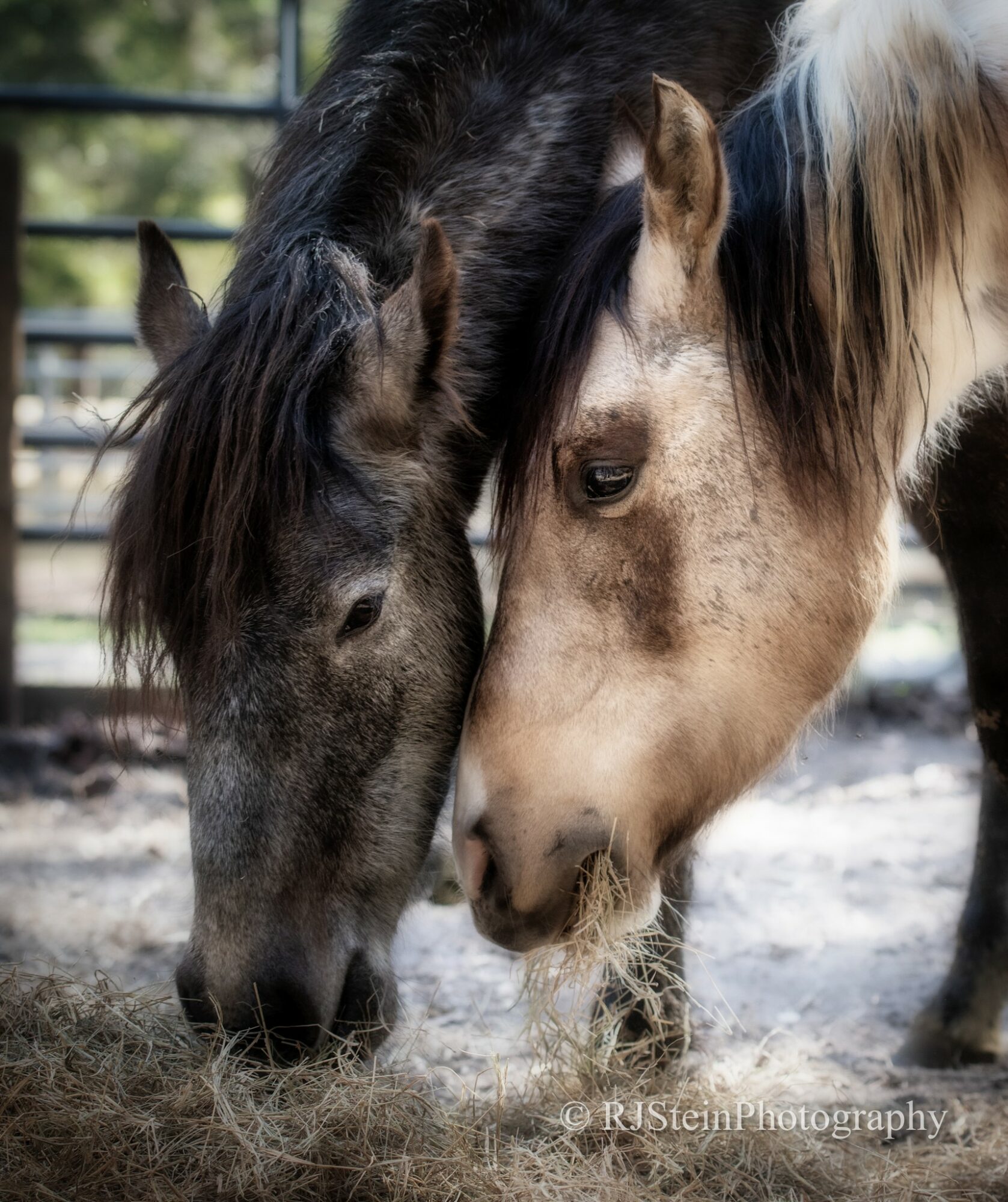 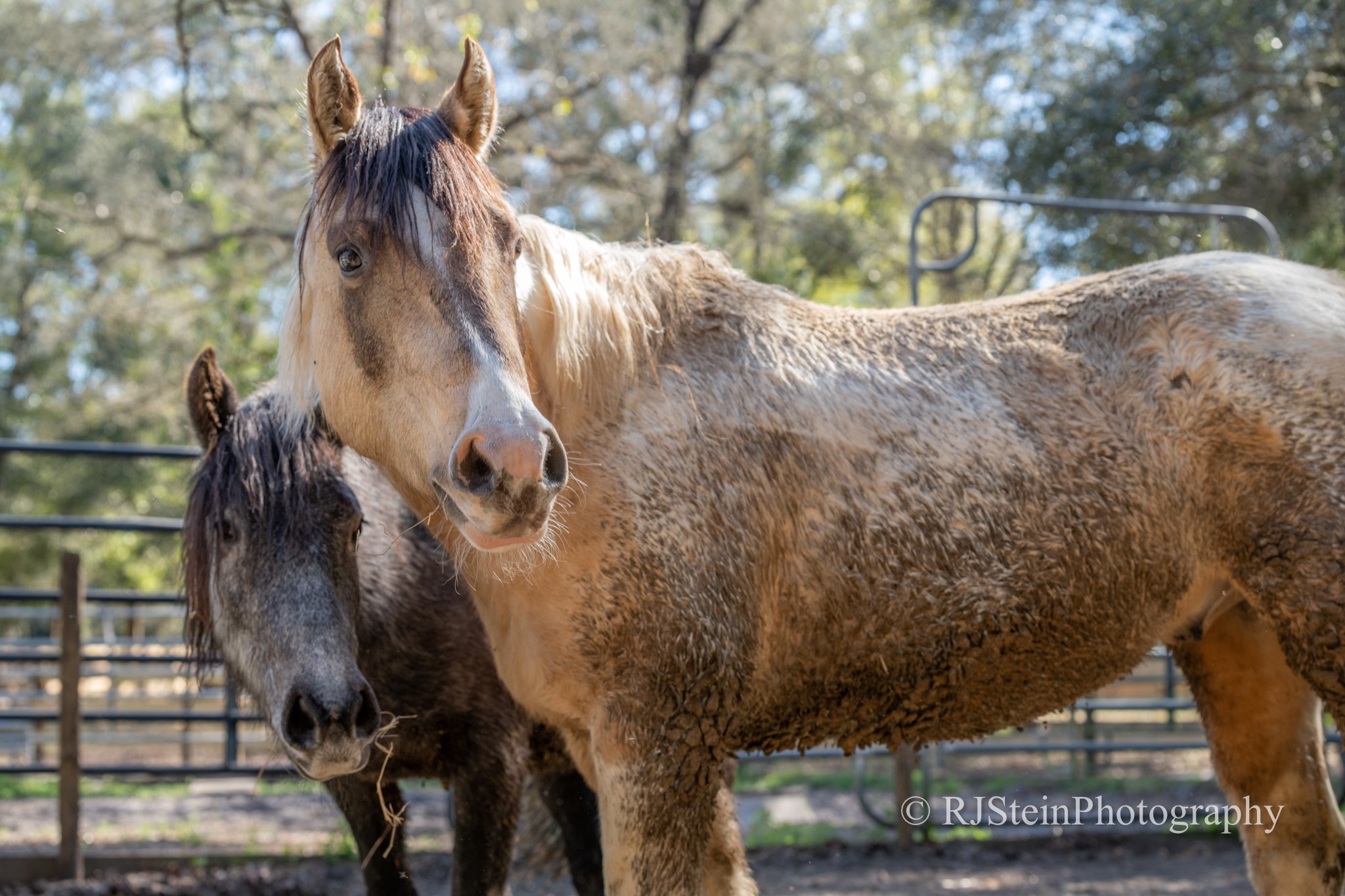 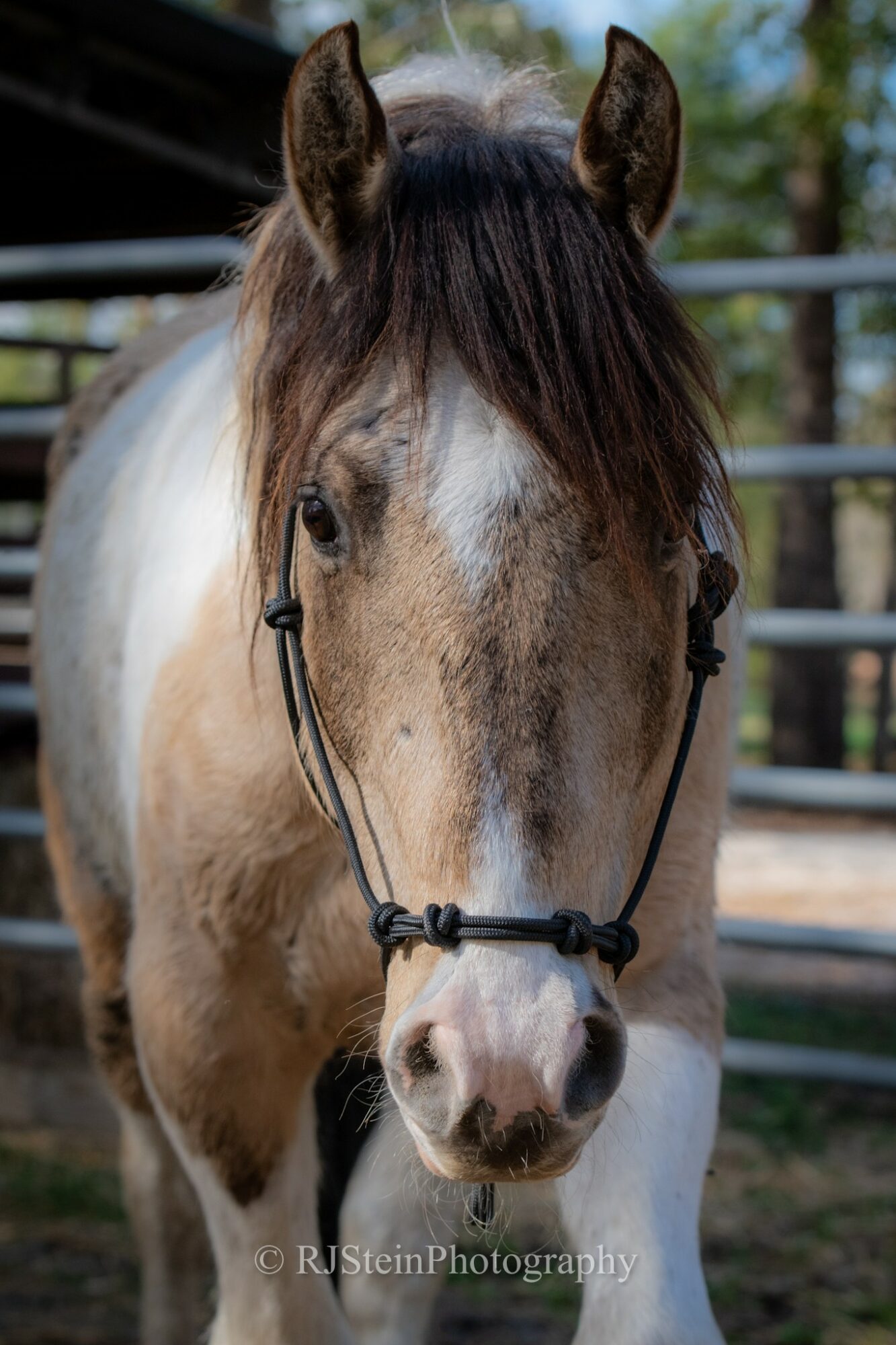