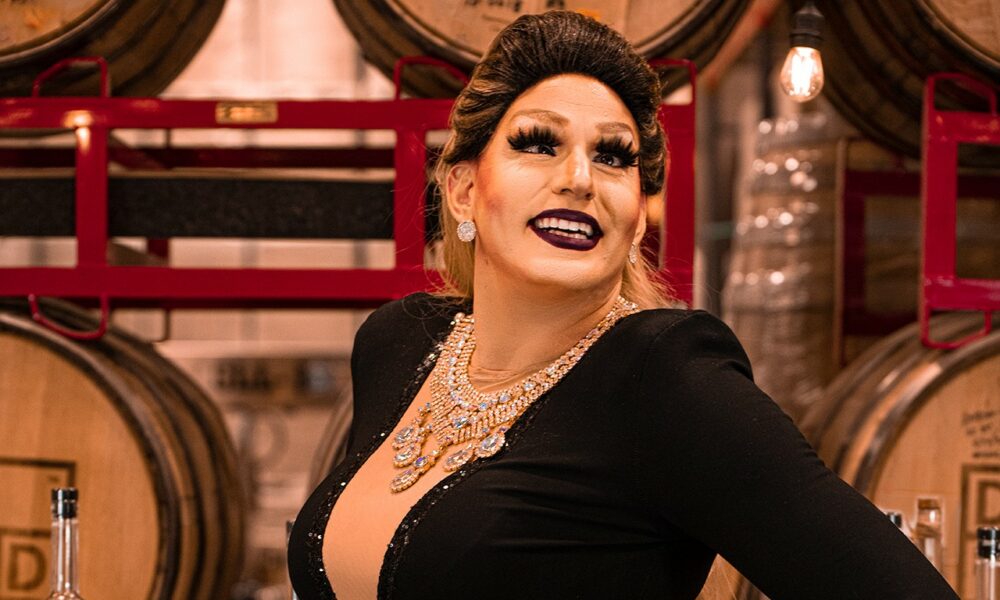 Today we’d like to introduce you to Tara Lipsyncki.

Hi Tara, so excited to have you with us today. What can you tell us about your story?
I have been involved with nightlife and drag for over 10 years. I started hosting and sponsoring nights at local bars here in SLC such as underwear nights, drag shows, and other special events with my former underwear and drag supply mobile retail shop called Carnal Desires.

I moved to San Francisco in 2015, where I continued in the LGBTQIA+ retail scene, and adding drag performer merchandise to the business and rebranding into Bricks Gay Stuff. While in SF I also transformed myself into Tara Lipsyncki, taking a name inspired by Tara Lipinski and my figure skating background.

I performed around The Bay Area for over 3 years, including shows in Oakland, San Francisco, San Jose, and Marin County. The biggest accomplishment of my time in San Francisco was tapping into my years of professional figure skating to produce and star in Drag Queens on Ice: Bedtime Stories at The Victoria Theater, as well as skating in Union Square for over 5,000 people with Willy Bietak’s Drag Queens on Ice.

2019 brought me back to Salt Lake City to be a caregiver to my mother during her cancer battle, and eventual hospice journey. After losing her in February 2020, the pandemic forced me to stay in SLC and I decided I was going to take the lessons I learned in SF and stay permanently in SLC to help foster a more diverse, inclusive, and professional drag environment.

In 2021, a collective of other drag artists and myself produced over 100 shows at various bars and venues around Salt Lake County and Park City, creating an everlasting effect of positive change in Utah in regards to show standards, pay rates for performers, and creating safe spaces for BIPOC and Trans performers. To date, I have produced over 250 shows, including multiple figures skating-centric drag shows on synthetic and real ice in San Francisco, Salt Lake County, and Park City.

I am currently working with many venues to bring more LGBTQIA+ entertainment and stand-up comedy to Salt Lake County, especially in the ever-growing south end of the valley in Riverton/Herriman/South Jordan.

Would you say it’s been a smooth road, and if not what are some of the biggest challenges you’ve faced along the way?
Oh God, it has not been smooth in the slightest. I have had multiple business partnerships go sour that has left me burned, and frankly very jaded. The biggest struggle I have is that I am very vocal and outspoken about unprofessionalism and the current culture surrounding drag here in SLC.

Me advocating change benefiting performers has left many CIS white producers and CIS white bar owners not too fond of me, some have gone as far as to have me blacklisted from shows and venues in the city. I have no current shows at any “gay bar” in SLC and have found that bars and venues; like Tea Zaanti, Redemption Bar and Grill, RoHa Brewing Project, Sugar Space Arts Warehouse, and other typically straight bars and event spaces are much more welcoming and diverse than the gay bars in Utah.

Every LGBTQIA+ centric bar in Utah is owned by a CIS white man; which, when I have pushed these bar owners to focus on diverse local talent I received a lot of backlashes. Even going as far as to be 86’d from bars, blocked on social media by performers and venues alike, and threatened legally for speaking out against the current powers to be in gay nightlife in Utah.

Thanks – so what else should our readers know about your work and what you’re currently focused on?
I am a producer, stand-up comedian, and emcee, and I lipsync and perform regularly as well. One thing that sets me apart is that I am a retired professional figure skater, having performed with Disney on Ice in the past as well as other professional companies, and I have blended figure skating and drag in multiple shows.

I have produced 3 different full synthetic ice productions, Bedtime Stories, Drag Queens On Ice, and Tara Lipsyncki’s 12 Days of the Holi-Gays. I have also skated during the Utah Grizzlies Pride Game with Ice Theater of Utah.

Besides skating and producing, I am the only drag artist to host and produce stand-up comedy shows in Utah. I have performed or produced shows at Sun Trapp, RoHa Brewery, Redemption Bar and Grill, and Wiseguys in SLC.

Is there anyone you’d like to thank or give credit to?
My chosen family and drag family in San Fransisco, The House of Munro, are my biggest support and cheerleaders. I have an amazing husband, Shawn, who is also a rock and keeps the Tara Lipsyncki Train on the tracks.

For the last 2 1/2 years, I have lost both my parents and my father-in-law, with my father and father-in-law passing 4 days apart from each other in February 2022. I have lost “friends” and business partners this year as well, and I would not still be here without a very small and close circle of chosen family and friends, surprisingly most of which are my childhood friends.

This support is a huge part of my success. 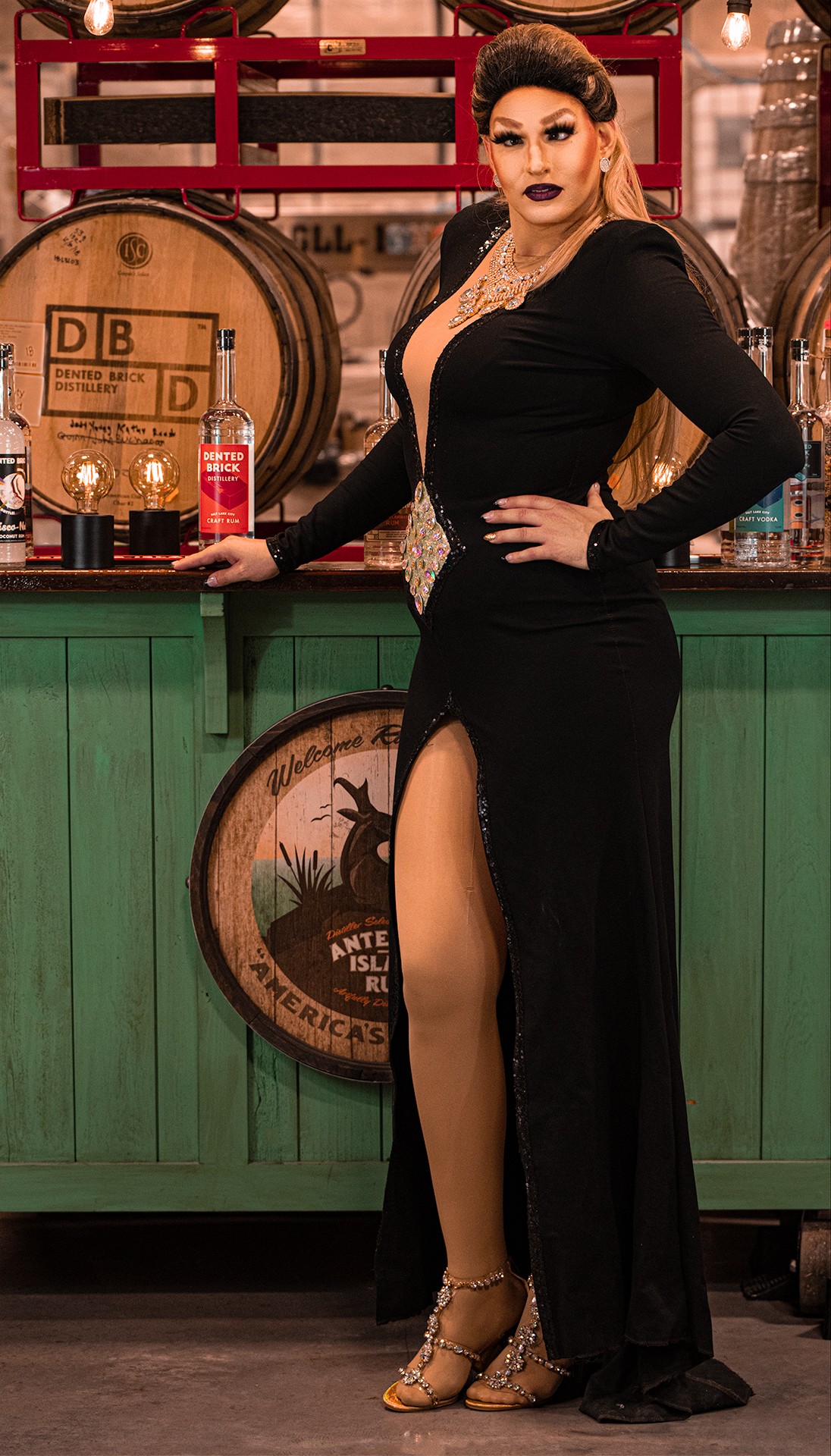 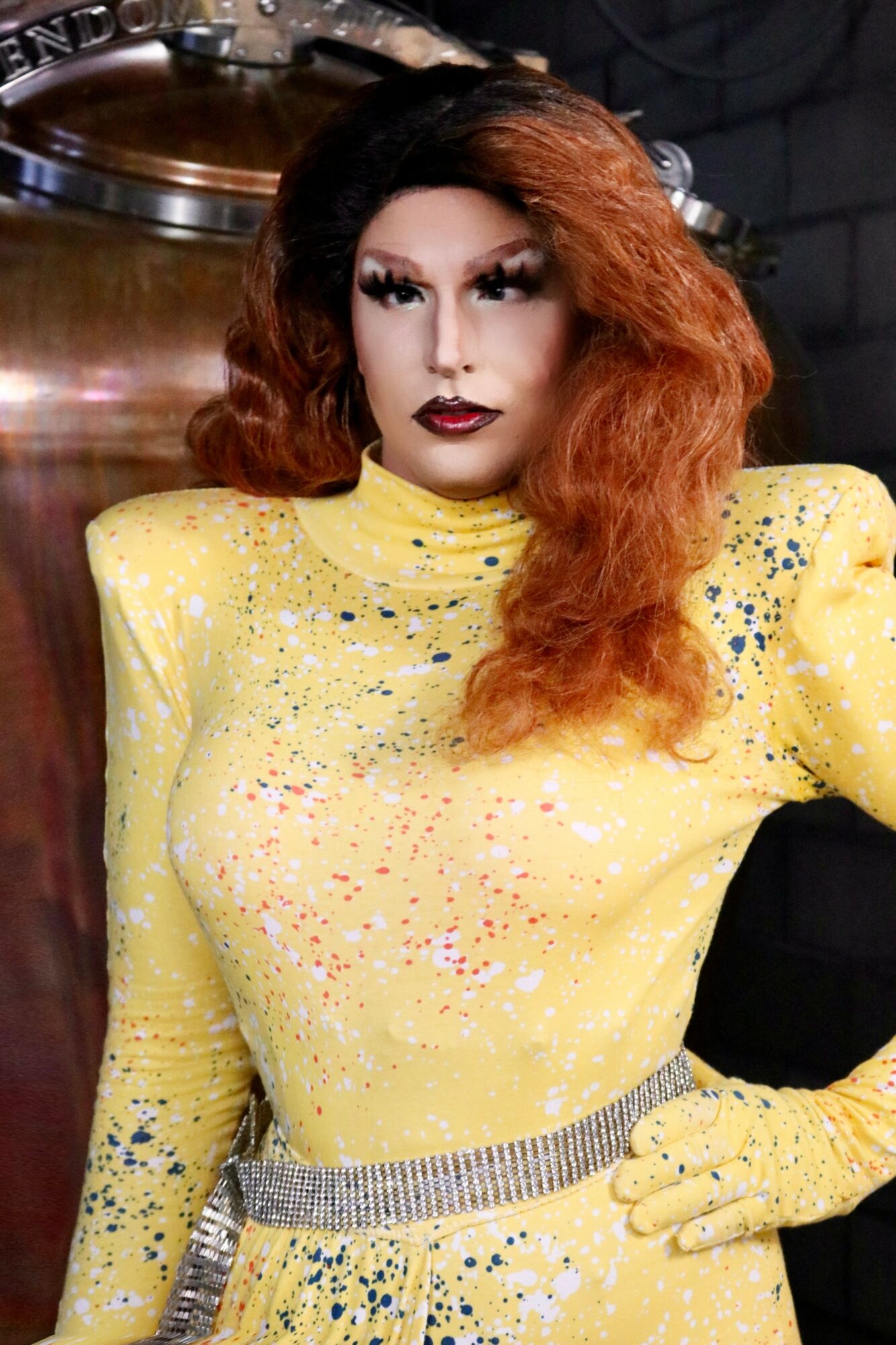 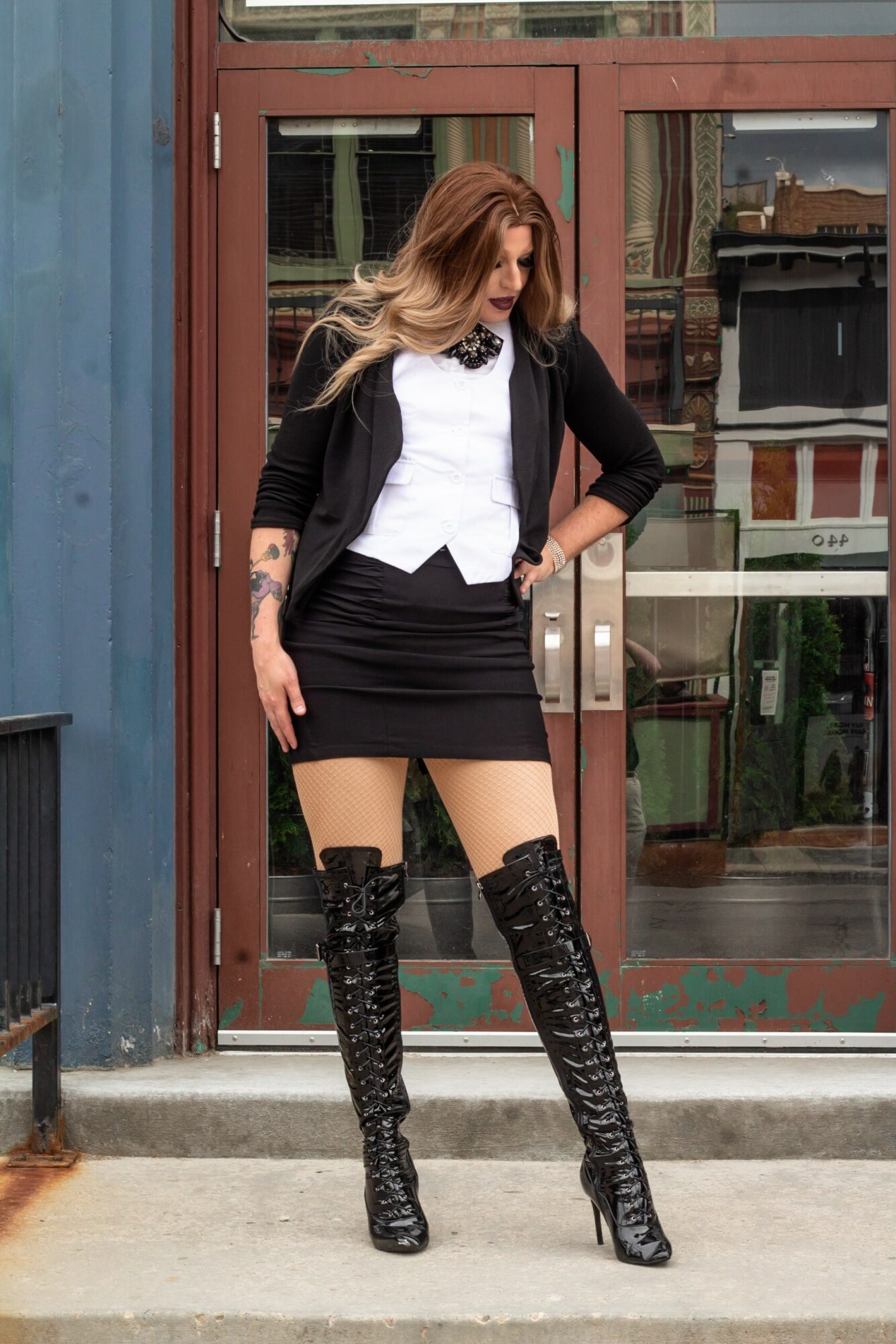 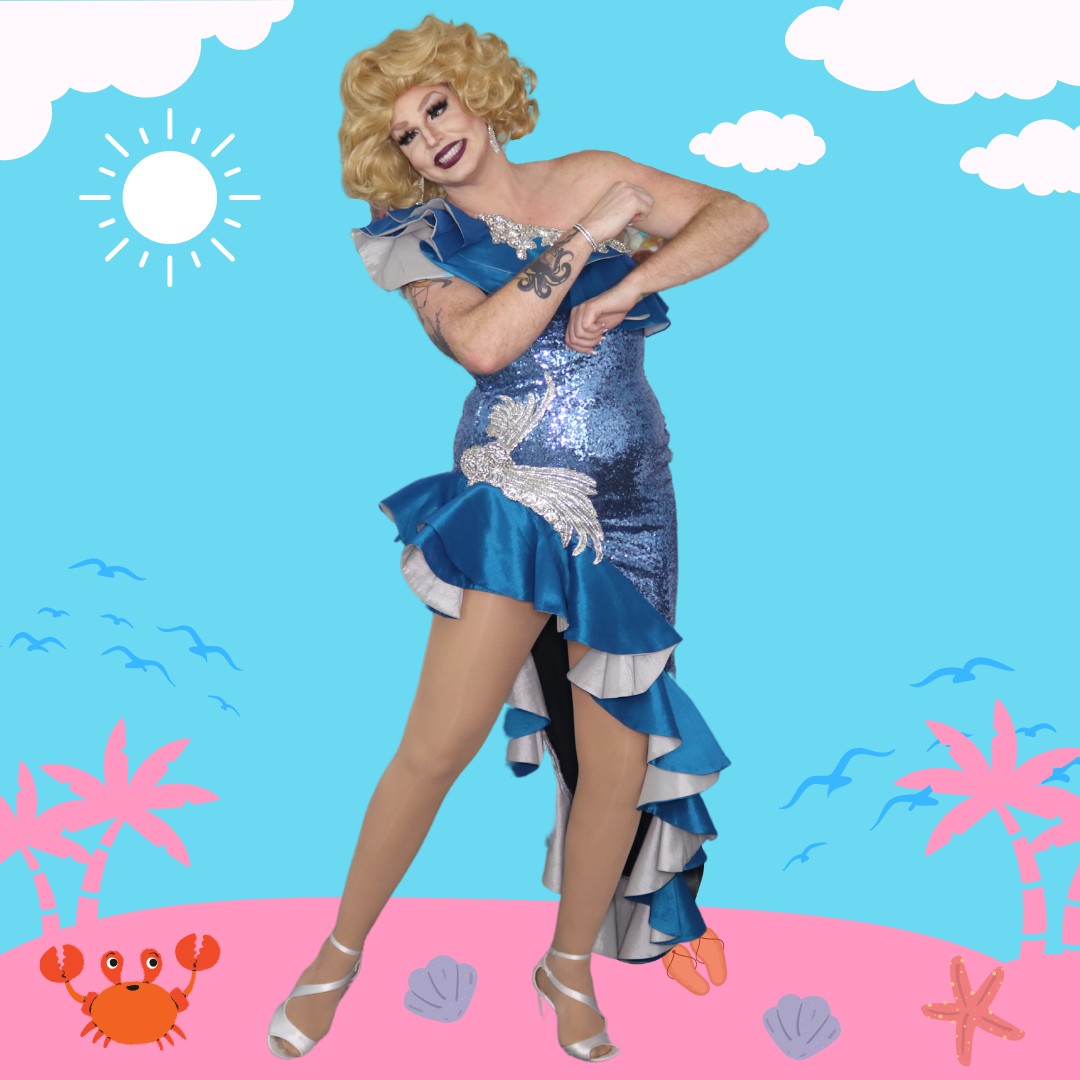